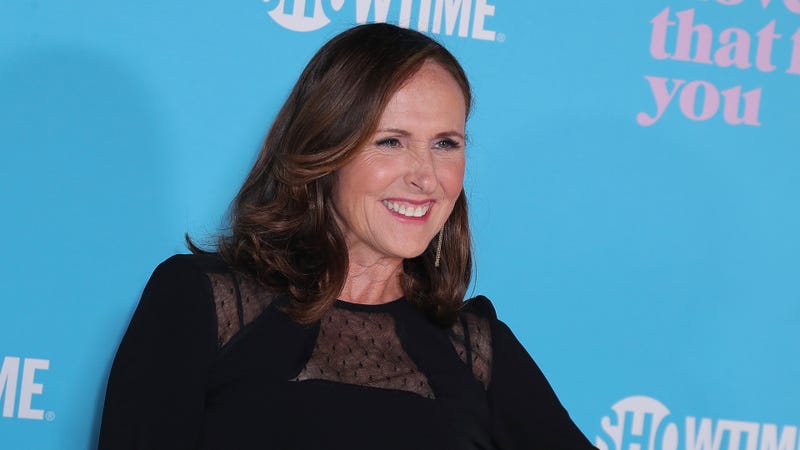 Hosts Dana Carvey and David Spade welcomed "Superstar" Molly Shannon on their Fly on the Wall podcast, to discuss the physical beating she took performing during her tenure on Saturday Night Live, embracing bombing as much as scoring, and much more.

Shannon released her best-selling memoir Hello, Molly back in April, featuring stories from her twenties waiting tables at Cravings in Los Angeles where she gathered a Rolodex full of contacts/customers to invite to her shows, and humble beginnings coming up in the comedy scene. After a producer at Saturday Night Live, Marci Klein, saw one of her performances, Molly was whisked away to New York to audition for the show.

A large part of Molly's memoir is dedicated to the injuries she received while part of the SNL cast, known as one of the more physical performers on par with the late Chris Farley, displayed best in her "Mary Katherine Gallagher" character.

"I felt nothing... I didn't feel the pain when it was going on. I would throw myself into metal chairs and do crazy stuff, and I look at that now and I'm like, 'oh my god, I'm so glad I didn't break my neck or my back!' I wasn't even thinking about that," says Shannon. "But then the next day when I would wake up... I would have cuts and bruises... but I also liked it because I feel like I worked really hard, and threw myself into the character. I really did want to perform and be physical, and be 'like the boys' when I started."

"It also helped me pour my nervous energy into the character," Molly adds. "Because I was so nervous, the physical aspect of it felt like a release."

Listen to the full episode featuring Molly Shannon -- now playing on Audacy -- as Cadence13 invites you to be a Fly on the Wall with Saturday Night Live alumni Dana Carvey and David Spade behind the scenes as they reminisce about their most memorable stories and moments with friends of the show. In each episode, you’ll hear from your favorite cast members, hosts, writers, and musical guests as they share never-before-told stories about their careers.