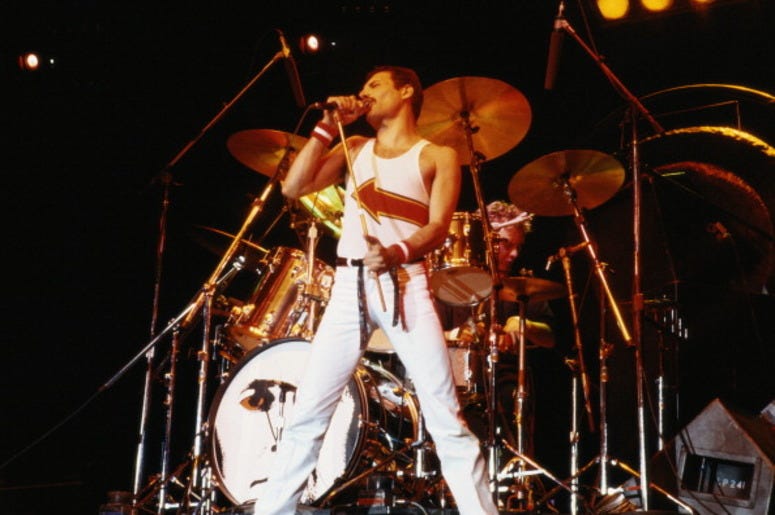 People are always looking for ways to spend less time looking at their phone screens. However, for Queen fans; that just became a lot more difficult.

Queen announced recently they will release a new mobile video game that will allow fans to play along with the some of the band’s classic songs.

‘Queen: Rock Tour,’ the first official video game from the group, is available now on Android and iOS devices. The game will allow players to “fully immerse themselves into the world of Queen,” according to a press release. Like previous games such as ‘Guitar Hero’ or ‘Rock Band,’ players will push buttons to in order to play along to classic Queen hits.

According to Ultimate Classic Rock, some of the Queen songs in the game are; "Bohemian Rhapsody," "We Will Rock You," "Radio Ga Ga," "I Want to Break Free" and "We Are the Champions." The game will also include 10 historic concert venues, trivia, and exclusive photos of the band, along with 40 distinctive costumes for characters to display.

For Queen fans, this will be a game that’s hard to put down.