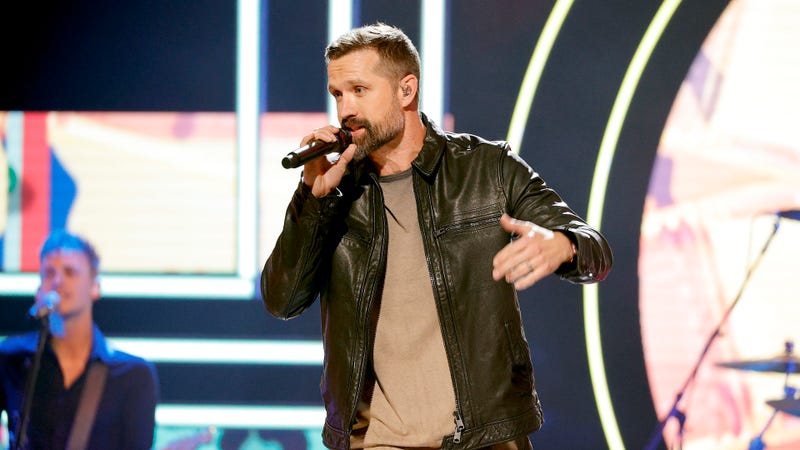 It’s been a long road to success for Country artist Walker Hayes, which makes every moment of his newly-released, third studio album, Country Stuff The Album, even sweeter.

The project, which is a 7-song expansion of his Country Stuff EP from June 2021, follows years of heartbreaking “No’s” and financial hardship for Hayes and his wife, Laney.

Supporting a family of eight as well as Walker’s dreams of becoming a successful Country Music singer-songwriter proved to have its challenges, but giving up was never an option.

“I’m not smart enough to stop or make sense, even… I’m not a long-term thinker,” he shared. “What kept me going was a lot of ignorance, a lot of crazy… I am the least talented person in Nashville, just so all the dreamers know — it doesn’t take talent that’s not what it takes. I just love it and I’m not going to stop making it until the day I die.”

As Hayes saw glimpses of success with songs like “You Broke Up With Me” and “90s Country,” he remained on the outskirts until his song, “Fancy Like” went viral in 2021, taking he and his family on the ride of a lifetime.

Walker’s “Fancy Like,” success may be seen as luck to some, the result of hard work to others, but to Walker and his family, it’s answered prayers and validation he’s right where he’s supposed to be — making Country Music.

While the road to success may have been a long one, the 42-year-old showcases its beauty, along with his always-positive attitude, stellar craftsmanship, family values and faith in Country Stuff The Album.

Check out five of our favorite “Fancy” and fun moments from Walker’s newest release below.

Walker called in some friends for this album and we’re not mad about it! His collaborations with Carly Pearce, Lori McKenna, Jake Owen and MercyMe take this album to the next level and add new layers to Walker’s crafty style!

Walker has always been a lyrical genius and this record has all elements of his writing on full display. From fun lyrics in “Fancy Like” and “U Gurl” to the heartstring pulls of “I Hope You Miss Me” and “Briefcase,” Walker’s lyrics will pull on every emotion, including some new ones you didn’t know you had!

Walker details just how hard life got for him and his family in this powerful song that showcases his faith, perseverance and the power of mankind. The song was released by Walker much earlier in his career, but with some help from MercyMe on this version, the song finds new life. While we don’t want to spoil it for you… The story Walker tells is 100% true and even inspired the creation of his Be A Craig Foundation.

Before anything else, Walker is a family man and that is clear to anyone who spends any amount of time listening to his music or on his social media accounts. Hayes’ love for his family is beautifully executed in this project with fun and silly Dad moments in songs like “AA” and “Fancy Like” to more serious, words-of-encouragement-type moments in songs like “I Hope You Miss Me” and “Briefcase.”

This album offers plenty of dance breaks! With four previously-released songs already having well-established TikTok dances, it’s safe to say with fresh Walker Hayes music comes some fresh TikTok dances. So get ready, TikTokers… Walker will want to see what you got!