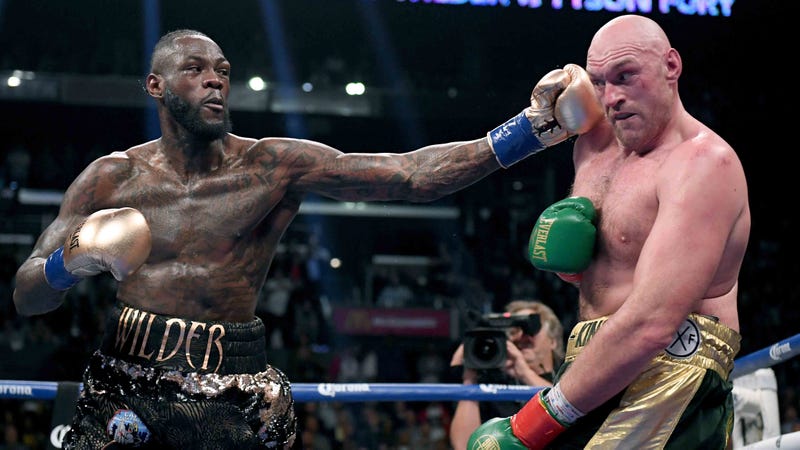 Big-time boxing season is here. Over the next few weeks, the top three heavyweights in the world -- Anthony Joshua, Deontay Wilder and Tyson Fury -- and top middleweights Canelo Alvarez and Gennady Golovkin are each headlining major events in New York City or Las Vegas.

Las Vegas has become the fight capital of the world with regular events in boxing and UFC. New York City is having a renaissance, and last weekend's bout between No. 2 pound-for-pound boxer Terence Crawford and prominent ex-champion Amir Khan at Madison Square Garden was a prime example, despite its disappointing low-blow finish.

Here is a look at the five upcoming fights that will shape the boxing landscape for the rest of 2019:

Alvarez is working on a historic resume, which already includes 12 rounds with Floyd Mayweather Jr. at super welterweight (his lone pro loss) and a win and draw with Golovkin at middleweight. This is the second fight of Alvarez's five-year, 11-fight, $365 million contract with sports streaming upstart DAZN. The 28-year-old Mexican champion will be defending against veteran Daniel Jacobs, an inspiring cancer survivor from Brooklyn, in his 12th career trip to the desert. A win over Jacobs will get people clamoring for a third Golovkin fight.

Undefeated heavyweight champion Wilder is coming off the biggest fight of his career: a rousing draw against Fury last December that begged for a rematch due to its disputed scorecard finish. The widely promoted fight also did very good business, generating more than 350,000 pay-per-view buys. First, the "Bronze Bomber" looks to make a statement against another 6-foot-7 fighter in Breazeale, a California native whose only pro loss came to Joshua back in 2016. Can the Alabama-based Wilder, making his fourth trip to Barclays Center in his past seven fights, build hype for a Fury rematch?

Joshua, boxing’s next potential megastar, is leaving the comforts of his native United Kingdom for the first time in a bid for global mainstream recognition. The 2012 Olympic gold medalist took out longtime heavyweight juggernaut Wladimir Klitschko in 2017, and three subsequent victories have upped the appetite for a unification bout against Wilder -- or even Fury. Either fight, later in 2019 or in 2020, would be a colossal pay-per-view event. For the time being, Joshua’s team is just trying to find a replacement for originally scheduled opponent Jarrell Miller, who tested positive for performance-enhancing drugs. Rumors have pointed to veteran Luis Ortiz as the replacement.

Golovkin is making his debut on DAZN against the undefeated Rolls, who shouldn't pose much of a problem at all. The 37-year-old Kazakhstan native is making his sixth appearance at MSG. Assuming a win and Alvarez getting past Jacobs, all signs point to a big-money trilogy fight on DAZN.

Complicating negotiations for a potential Wilder-Fury rematch is that Wilder is a Showtime fighter and Fury recently signed to Top Rank/ESPN. There's also the small matter of their intervening fights. Fury faces Schwarz, a 24-year-old undefeated former Olympic medalist out of Germany.

Follow Isaac Feldman, Pete Hoffman, and Outside The Cage on Twitter for all your MMA, Boxing and WWE coverage - and listen to their "Outside The Cage" podcast.