It won’t be long after the conclusion of ESPN’s “The Last Dance” that fans start thinking the same question: when’s the next one, and what's it going to be on?

There are plenty of worthy candidates, though Jordan’s tumultuous ride with the Bulls in the late 90s may trump all other options. That, combined with the seemingly unlimited supply of footage of the team, created the perfect scenario with which to create a most compelling sports documentary. "The Last Dance" is one that has saved sports fans from being completely without new and entertaining content during this predominantly sports-less period.

But when it’s over, fans will undoubtedly be left wanting more. Throughout the long history of sports, does anyone else fit the bill?

Reddit user u/WinesburgOhio seems to think so, claiming that the “best” possible documentary of this sort would be about Bill Russell. We liked the Redditor’s thinking and wanted to come up with more.

Let’s assume that there’s as much footage available for all of these hypothetical “last dances,” though what the 1997-98 Bulls allowed was not your typical situation. The criteria is fairly simple… which athletes’ final seasons with a certain team followed a long and storied tenure with that organization and may have featured some drama toward the end, a memorable finish to a career or stint, or any other compelling documentary content? Or, similarly, what team experienced a massive fall from grace, going from first to worst in the blink of an eye?

Here’s who we came up with. Share who you’d want to see with us on Twitter, @RDCSports! 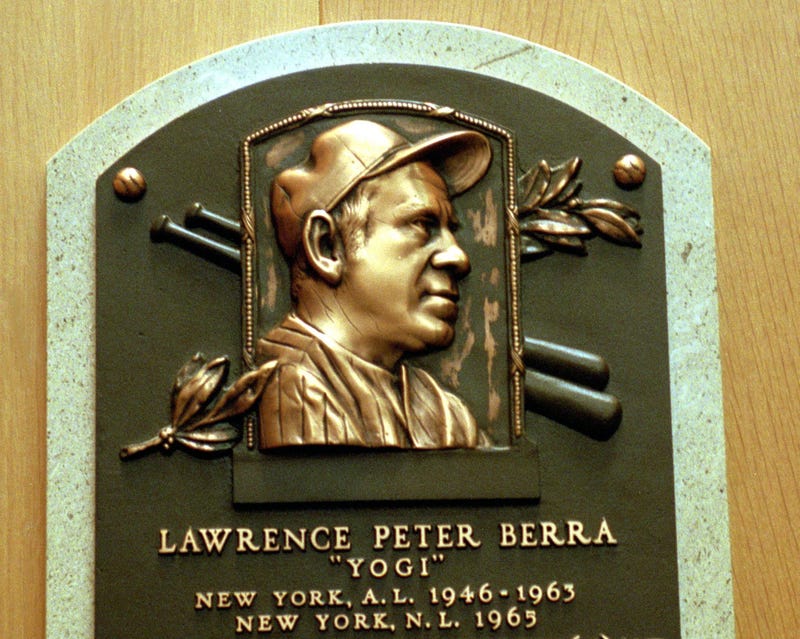 You think the Patriots have been good for a while? Consider this: the 1964 Yankees had been on a hot streak that was represented by 40 consecutive winning seasons. When they reached the World Series at the end of that season, it was the 15th time they had done so in the past 20 years. That’s even more impressive when you take into account that the entire postseason was the World Series. No LCS, no LDS, no Wild Card. It was the best of the AL vs. the best of the NL, and 22 out of 30 times in that span, it was the Yankees who fit the bill.

Yogi Berra was there nearly every step of the way, beginning his career in 1946 and becoming the everyday catcher by his third year. Quickly becoming a franchise icon and lovable fan favorite, Yogi was known for his humorous catchphrases and his winning mentality, delivering 18 All-Star-caliber seasons, winning three MVP awards and leading New York to 10 World Series championships.

He decided to retire from his playing days -- at least for the Yankees -- in 1963, immediately becoming the club’s manager and leading them through one more magical run in 1964, despite an aging core of Mickey Mantle, Whitey Ford and Elston Howard, all of whom were over 32 or older. Roger Maris’s production had declined from year’s past and age was due to take its toll on the aforementioned veterans.

But Berra continued his winning ways and led the team to one final triumph with this core, despite losing in the ‘64 World Series to the Cardinals. And that was his only shot, as he was fired immediately following the loss.

The documentary could detail so many things, including Yogi’s zany personality and his unforgettable quotes, his evolution into a leader and eventual manager, including the “Harmonica Incident,” and his unexpected firing that brings up questions about the inner workings of the Yankees organization, his relationship with players and executives and his perception as a trusted and reliable leader from players and fans alike. Even further, Berra’s time with the Mets, his public feud with George Steinbrenner that arose from his second stint with the Yankees two decades later, and his time spent with greats like Mantle, Ford and Joe DiMaggio could all be documented.

Joe DiMaggio’s career is another one that could warrant a documentary, as his “last dance” with the Yankees occurred in New York’s 1951 World Series victory before injuries forced his retirement. His hitting streak, his off-field life, his competition with Mantle, his military enlistment, his injuries and more would make for an amazing look at what led up to his final year in town. 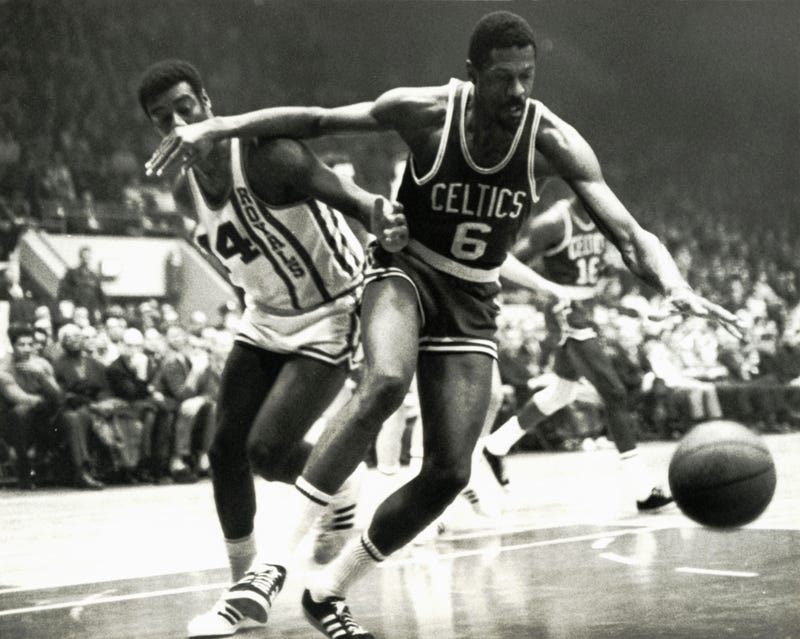 Bill Russell was one of the faces of the NBA throughout the 1960s. Photo credit USA Today

The player that set this whole article into motion (once again, props to u/WinesburgOhio for bringing up the example), Russell’s career was defined by several interesting factors that are just perfect for a sports documentary. His rivalry with Wilt Chamberlain was 60s basketball -- apologies to Jerry West and the many other greats of the time -- as the two hulking giants and their race to be the best was paramount among basketball discussion at the time and still remains a worthwhile debate.

The Celtics had finished in first place in the East for nine straight years starting in the 1956-57 season which, not coincidentally, was the 6’10” center’s rookie campaign. 12 All-Star awards, five MVP awards and 11 NBA Championships later, the big man played in what would be his last NBA Finals in 1969. The Celtics hadn’t found as much success that season finishing fourth in the East and barely securing a playoff spot as the Baltimore Bullets, the Philadelphia 76ers and the New York Knicks all enjoyed terrific campaigns.

And yet the old and hardened veterans found a way to power through the rest of the East and make it to the Finals against -- who else -- Wilt Chamberlain and the Lakers. The greatest team rivalry in NBA history and perhaps the greatest individual player rivalry in NBA history, taking the center stage one more time. Of course, it went to seven games and featured multiple dramatic moments and plays. Russell’s Celtics ultimately came out on top despite being quite outmatched by the star-studded Lakers, whose roster would go on to secure first-place finishes in each season between 1970 and 1974.

Russell was also an outspoken civil rights activist and popular cultural figure, making him a perfect choice for an in-depth documentary.

As this documentary would likely go in-depth on Wilt Chamberlain, we’re not going to include him and, say, the 1967-68 Sixers on our list, though his life and legacy would make for a compelling story. Between his alleged off-court love life that featured quite a large amount of women -- 20,000 is one figure that’s been offered-- and his early life, which has already been the topic of an ESPN 30 for 30, he’s another worthy candidate on this list. 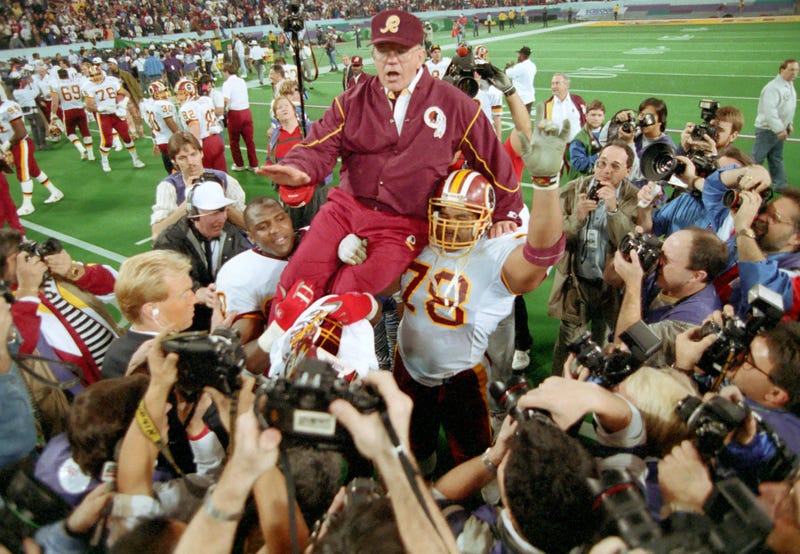 Joe Gibbs and the 1992 Washington Redskins

The greatest coach in Redskins history led the team through its undisputed glory days, winning three Super Bowls along the way and recording winning records in all but one season, the one in which Joe Theismann suffered his infamous leg break at the hands of Lawrence Taylor and Harry Carson. In other words, it took one of the most shocking moments in NFL history to break Joe Gibbs’ winning ways which should act as a proper testament to just how skillful a coach he was.

But in what turned out to be another shocking move, Gibbs decided to step down from his coaching after the 1992 season, after 12 years of nearly unblemished regular season success. While some players saw this as a possibility in the time leading up to his decision, it came as a completely unforeseen move to others. Center Jeff Bostic called it “probably the biggest shock” he had ever gotten.

What went into his decision? What made him want to get back into the game and return to the Skins over a decade leader? How did the players, the coaches, and the fans feel about the move? And how were the Redskins affected as a franchise, going from a perennial playoff threat to bottom feeder for much of the 90s?

That’s what Gibbs’ “last dance” would certainly help to reveal. 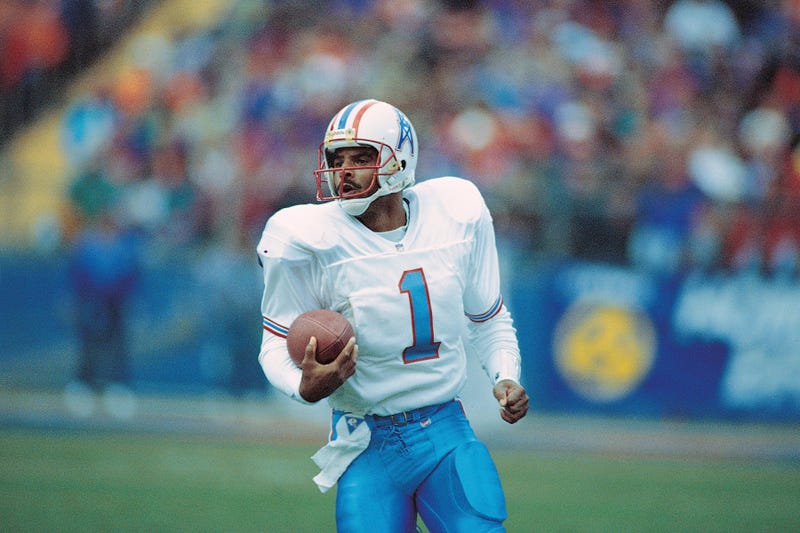 Once Warren Moon was traded from the Houston Oilers, the team began to lose chunks of its fan base. Photo credit USA Today

Warren Moon and the 1993 Houston Oilers

The Houston Oilers enjoyed immense success with Warren Moon, but his impact wasn’t immediate. In fact, he led the Oilers to three last-place seasons after he transferred over to the NFL from the CFL, earning three, four and five wins from 1984-1986. But after he started winning in 1987, he didn’t want to stop, and the Oilers made it to the playoffs in every season from 1987 to 1993.

It was after the 1993 season that Moon was traded away, perhaps partially because of his age and perhaps because, though the team had enjoyed sustained success and was coming off three-straight years of double-digit wins, they weren’t reaching the Super Bowl. Both of those considerations must have been taken into account when Oilers owner Bud Adams followed up on his threats of a “fire sale” after yet another playoff failure in 1993, which also featured the departure Buddy Ryan, the defensive coordinator who led the Oilers to magnificent production on the field but whose one-year stay in Houston also featured plenty of turmoil within the system. A notable sideline altercation in the regular season finale may have set the stage for his first dance being his last in Houston, while Moon’s “last dance” and his subsequent trade was controversial.

Houston football suffered as a result and quickly became Nashville football, as the Oilers became the Titans in just a few years after rapidly falling attendance numbers doomed the Oilers franchise for failure. 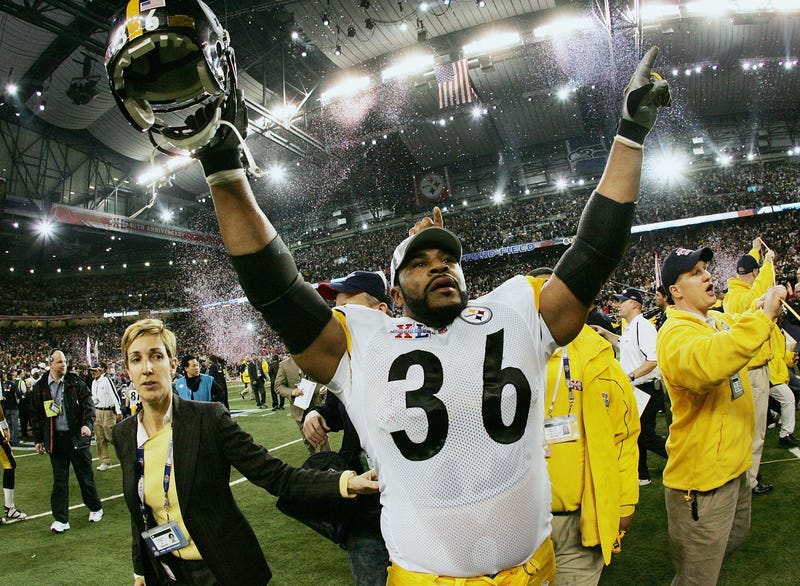 Jerome Bettis and the 2005 Pittsburgh Steelers

10 episodes may be a little ambitious for this storyline, but it’s still one that contains all the elements of drama and camaraderie that you’d love to see from an inside perspective. Mainly, the documentary would focus on an epic promise made by a rookie quarterback to an established NFL legend and the journey that followed.

According to PennLive, Jerome Bettis was contemplating following the 2004 postseason, and a loss against the Patriots in the AFC Championship game would have seen his career end on a bitter note. Never having won a championship was not one of Bettis’s career goals, and apparently Ben Roethlisberger knew that, as he promised a Super Bowl to the future Hall of Fame running back.

It must have been enough to persuade Bettis to stay, as he ended up playing in the 2005 season, which just so happened to be the same season that Roethlisberger followed the success of his rookie season and led the Steelers to the promised land. It wasn’t the smoothest ride along the way, including a Bettis fumble that could have ended the dream all in one unforgettable moment during the Steelers’ divisional playoff game against the Colts.

After a victory over the Broncos the subsequent week, Bettis reached his first Super Bowl and came away with the Lombardi Trophy after never having played in one through the first 12 years of his career. He promptly retired after that game and will forever be one of the all-time fan favorites in Pittsburgh.