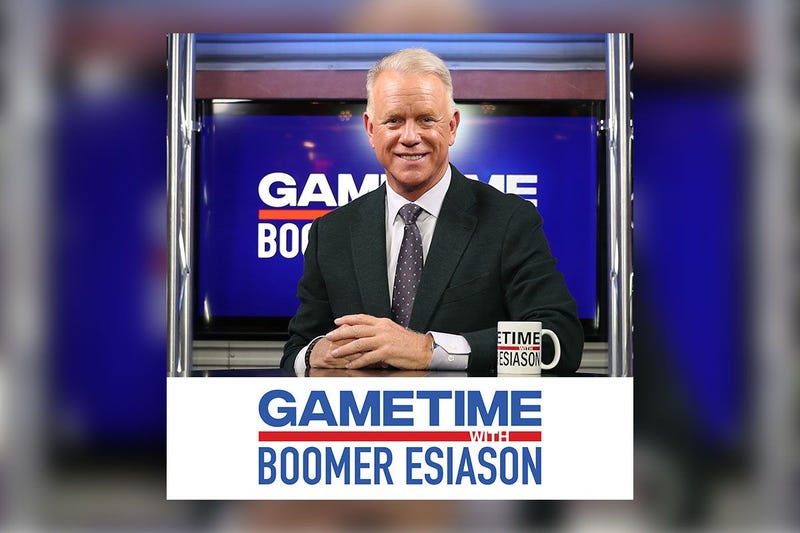 WFAN's Boomer Esiason is bringing his exciting interview show "Gametime" to the RADIO.COM app in podcast form.
By RADIO.COM Staff

Esiason is also the host of America’s highest-grossing drive-time morning radio show, Boomer and Gio, every Monday-Friday on WFAN (101.9 FM/660 AM) since 2007. The former MVP quarterback holds numerous NFL records, including the most passing yards, touchdown passes, and completions for a left-handed QB.

"When I was approached to do this show and they talked about a podcast partner," Esiason said, "I made sure RADIO.COM was the media outlet to work with, as it aligns with my radio relationship within the Entercom family."

"I love the show because it gives you a personal insight into the personality I am interviewing, and the conversation is more about the person’s life as opposed to just his sports career."

Esiason is particularly excited for fans to watch the upcoming Roger Goodell episode (airing January 25): "Roger Goodell’s path from a league office intern under Pete Rozelle to his role atop the NFL is a great story. It's remarkable how he juggles working for the owners and supporting the players at the same time."

Each new episode will be available for consumption first-thing Saturday mornings on the RADIO.COM app. Next up is 2011 NFL Hall of Fame inductee Marshall Faulk, available January 18.

Sports fans can listen live weekly to “Game Time” on-demand, including bonus content, by downloading the RADIO.COM app, searching for “Game Time with Boomer Esiason”, and favoriting the show to receive notifications and updates.

You can also go to the show's website on your computer or mobile device for a tease of future guests, archived video episodes, and more.

And don't forget to listen live to the Boomer and Gio show on WFAN and the RADIO.COM app from 6-10 a.m. every weekday!