NBA legend Michael Jordan has expanded his sports portfolio throughout 2020.

The chairman and majority owner of the Charlotte Hornets recently made a splash in the sports business world by purchasing a stake in DraftKings. Now, he's getting into motor racing.

On Monday, Jordan revealed that he would be forming a new, single-car NASCAR Cup Series team for 2021. His partner? None other than professional racer Denny Hamlin, who was the first NASCAR athlete to sign on with Jordan Brand.

Tonight, I’m excited to announce MJ and I are starting a new, single car @NASCAR Cup Series team for 2021. Deciding on a driver was easy - it had to be @BubbaWallace. pic.twitter.com/nIJv0X6ZOX

As mentioned in Hamlin's statement, the lone driver for their team was an easy selection. Bubba Wallace was thrust into the national spotlight after what looked to be a noose was found in his garage stall, and he has used the platform of NASCAR to fight for social justice and for change in professional racing, 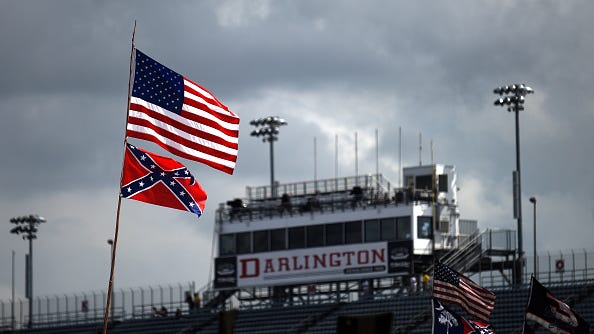 Jordan, the principal owner of the team, signed Wallace to a multi-year deal. Hamlin will continue to drive for Joe Gibbs Racing while acting as a minority partner of this new team.

In a statement, Jordan shared how his upbringing molded him into a passionate fan of professional racing.

"Growing up in North Carolina, my parents would take my brothers, sisters and me to races, and I've been a NASCAR fan my whole life. The opportunity to own my own racing team in partnership with my friend, Denny Hamlin, and to have Bubba Wallace driving for us, is very exciting for me. Historically, NASCAR has struggled with diversity and there have been few Black owners. The timing seemed perfect as NASCAR is evolving and embracing social change more and more. In addition to the recent commitment and donations I have made to combat systemic racism, I see this as a chance to educate a new audience and open more opportunities for Black people in racing."

Wallace added that he viewed this as a "unique, once-in-a-lifetime opportunity" and was "grateful and humbled" that he was the racer that Jordan and Hamlin selected to lead their team to victory.

According to a press release, the name, car number, manufacturer, sponsors and other details for the new team will be announced at a future date.

Listen to an interview with Wallace from the RADIO.COM and Cadence13 podcast "The Old Man & The Three," hosted by NBA veteran JJ Redick, from earlier in the month.