Listen to Audacy's Album Release Party with The Lumineers powered by GrubHub
By Jesse Pantuosco, RADIO.COM

Capitalism is alive and well in Major League Baseball. Bloated salaries are a dime a dozen in America’s pastime and while stretching the budget to lock in a can’t-miss star isn’t the worst sin a team can make, guessing wrong on a free-agent bust can hold a team hostage for many years to come. Wayne Gretzky (co-signed by Michael Scott) said you miss 100 percent of the shots you don’t take, but sometimes it isn’t that simple. Try as front offices may to frame even their worst choices in a positive light, not every risk is worth taking.

In fact, here are five big-leaguers who torpedoed their respective teams by agreeing to financially-crippling, unforgivably reckless contracts. What better way to close out the week than by basking in the misfortunes of the fiscally irresponsible, including the Red Sox, who probably could have saved themselves some time by simply setting $72 million on fire instead of waiting in increasing desperation for free-agent catastrophe Rusney Castillo to finally pan out? 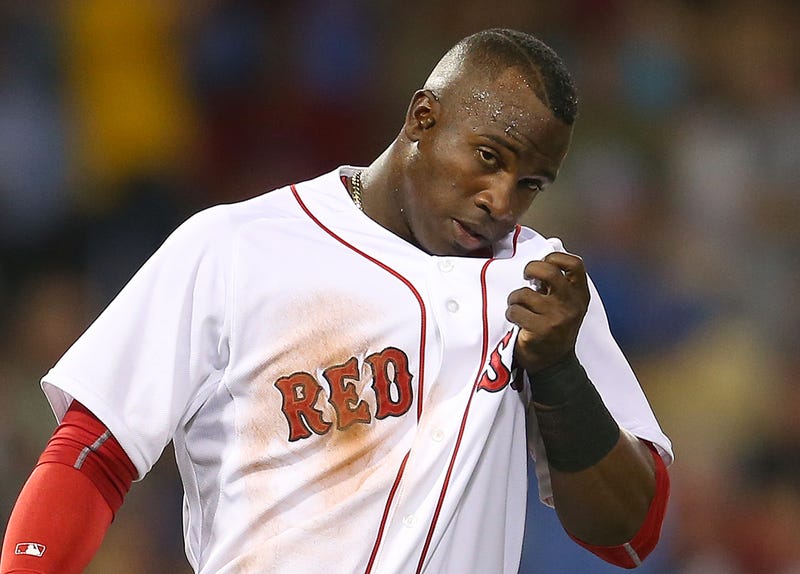 It’s hard to think of a more brazen team in recent memory than the free-spending Red Sox (except when it comes to Mookie Betts), who have never been afraid to throw money at their widespread problems. Sometimes it’s worked—perennial All-Star J.D. Martinez hasn’t given the Fenway faithful much to complain about. But countless others—Pablo Sandoval and Carl Crawford among them—have failed to live up to their sky-high expectations, shrinking under the bright lights of Boston. Care to guess which umbrella Rusney Castillo, an esteemed Cuban League player before he arrived in Beantown, falls under?

Now 32, Castillo hasn’t sniffed a major-league roster in ages, last appearing with the Red Sox in 2016. Castillo’s $14.271 million salary, the 91st-highest in MLB, wouldn’t be egregious for a big-league regular, but it’s a steep price to pay for a career underachiever who slashed just .278/.321/.448 in Triple-A last season. Castillo may be the king of Pawtucket, but I doubt that’s what the Red Sox had in mind when they forked over $72.5 million for his services. 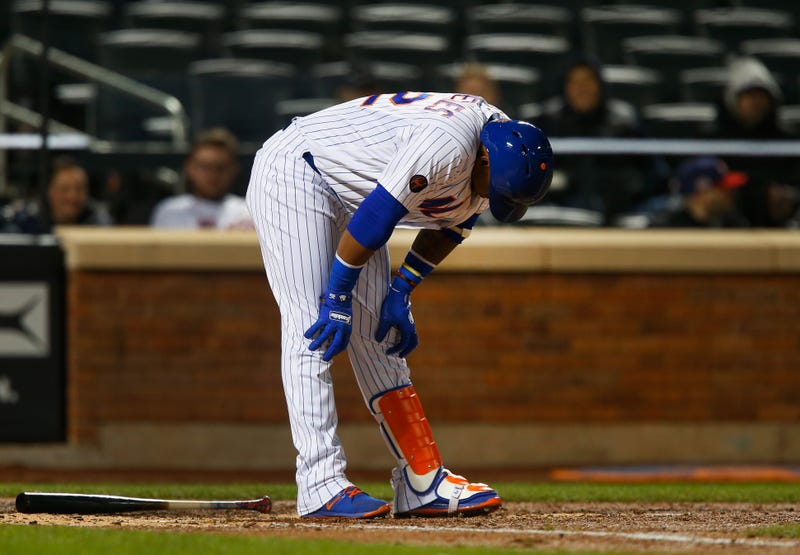 We all know Robin Hood stole from the rich and gave to the poor. Yoenis Cespedes stole from the Mets and nobody knows where the money went, though I’d wager a fair chunk of it was spent on luxury cars, a noble steed who doubled as his ride to spring training, and of course, a $7,000 pig (may it rest in peace). Between golf injuries and boar attacks, not to mention his streaky hitting and erratic play in left field, it’s been one fiasco after another for Cespedes since his arrival in the Big Apple.

Cespedes’ New York tenure has had its high points—he led the Mets to a World Series appearance in 2015 and was recognized as a National League All-Star the following season. But for five years and $110 million—not exactly chump change for a 34-year-old who hasn’t stepped on a big-league field in 21 months—the eccentric Cespedes hasn’t been worth the high price of admission. Luckily the Mets were able to alleviate some of the financial hit by restructuring the outfielder’s deal this past offseason, recouping over $10 million from Cespedes after an off-field accident caused him to miss all of 2019. 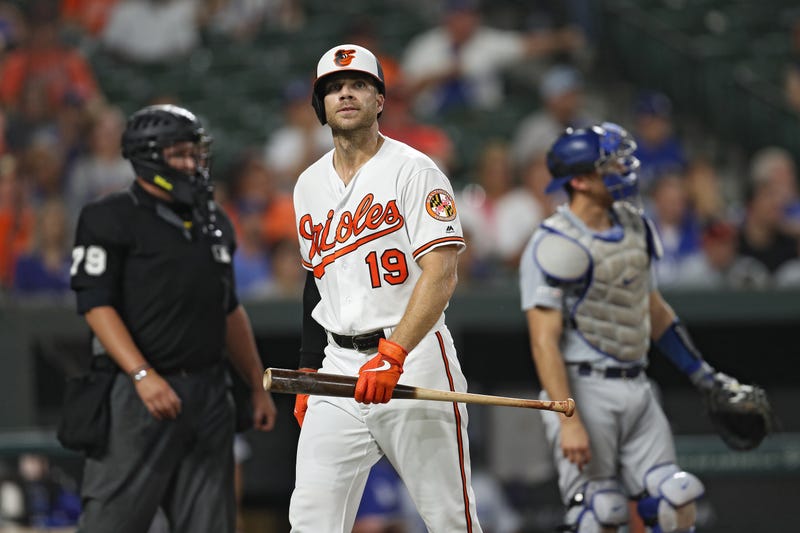 I hate to pile on because, by all accounts, Chris Davis has had a very rough go of it the past few years. 2019 may have been Davis’ rock bottom. With his confidence circling the drain, the once-feared slugger collapsed like Dan Quinn’s defense in the Super Bowl, discovering new depths of ineptitude during a record-setting 0-for-54 dry spell. Davis kicked that rut eventually but never fully recovered from his early-season swoon, finishing the year with a dreadful .179 average, which—if you can believe it—was actually a slight improvement on the .168 mark he posted in 2018.

Needless to say, the two-time home run champ has been an undeniable flop, striking out at an unprecedented clip (745 times in his last 1,799 at-bats) since re-upping with the Orioles on a seven-year, $161 million robbery—I mean contract—in 2016. It won’t erase last year’s misery, but Davis has quietly been a standout at Orioles camp this spring, swatting three homers with eight RBI across 12 Grapefruit League at-bats. 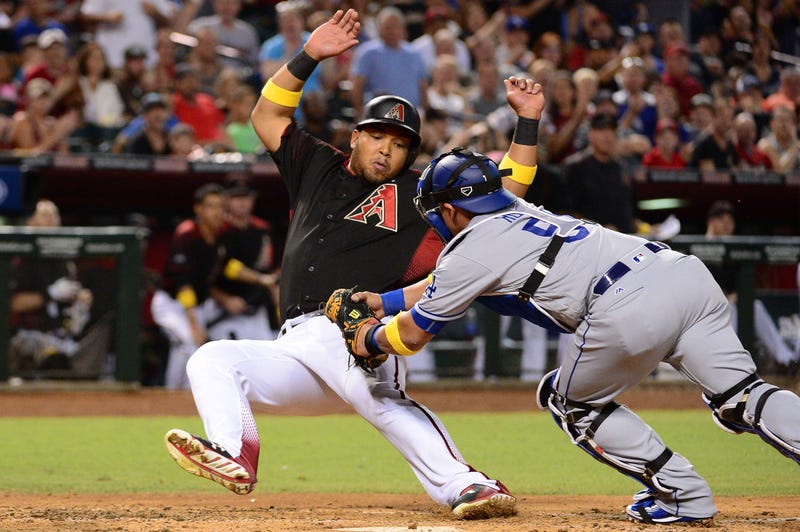 International signings used to be a free-for-all—Masahiro Tanaka and Yu Darvish both struck it rich after graduating from Japan to the big leagues. But MLB changed its policy in 2016, limiting how much teams could spend overseas. The Diamondbacks probably wish those rules had been in place earlier after paying an unconscionable $68.5 million for Cuban dynamo Yasmany Tomas in 2014.

Tomas’ D’Backs tenure didn’t start terribly—he socked a team-best 31 homers during his breakout 2016—but sloppy defense and contact struggles slowed his progress, ultimately culminating in a 2018 demotion. He’s barely been heard from since, logging all of six at-bats at the major-league level last season. Perhaps it’s too soon to count him out, but it’s certainly not looking good for the beleaguered 29-year-old, who hasn’t tallied a big-league hit since June of 2017. No one wants to be considered a bust, but Tomas is running out of time to shed that label. 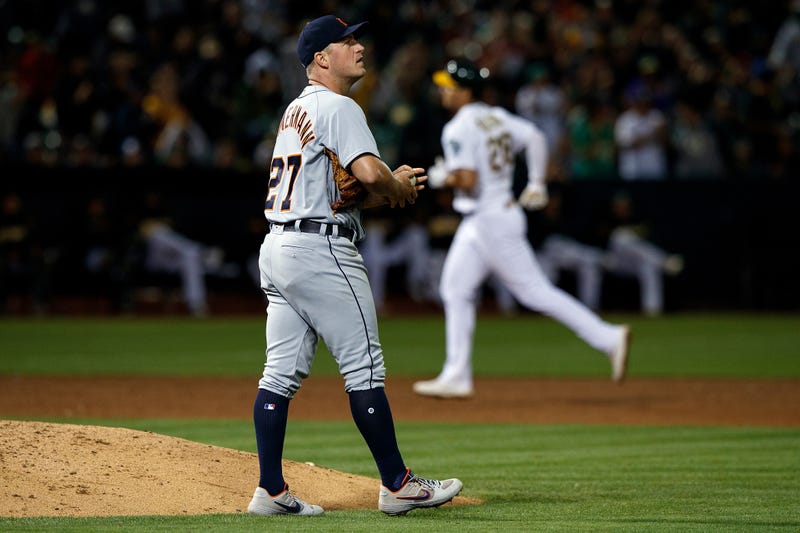 Here’s a Snapple fact for you. Jordan Zimmermann and I once worked in the same building, me as a lowly intern for the Triple-A Syracuse Chiefs, he a rising star coming off Tommy John surgery. Since then we’ve both been successful in our respective fields, though Zimmermann may have the slight edge on me overall. Believe me, I’m just as disappointed as you that I haven’t gotten around to throwing a major-league no-hitter or putting pen to paper on a $110-million contract. Zimmermann has accomplished both, though he hasn’t given the Tigers much bang for their buck recently.

The 33-year-old’s career has been on fumes for a while now and it may be too late to put out the flames after his Hindenburg of a 2019, a comedy of errors that included, among other debacles, a 1-13 record, a ghastly 6.91 ERA and an elbow injury that limited him to his fewest innings (112) since 2016. Remarkably, only nine pitchers in the big leagues (six of them being former Cy Young winners) will net a higher salary than Zimmermann’s $25 million in 2020. While we can all agree the right-hander’s outlandish contract was a gross misuse of the Tigers’ funds, at least Detroit only has one year left of weathering his financial burden.