Buster Olney of ESPN reported Tuesday the Yankees are likely to retain Aaron Boone (whose contract expires after the World Series) as manager, though obviously, that’s up to owner Hal Steinbrenner, who may decide a change of scenery is better for all involved. Boone has come under fire for his in-game decision-making (particularly his bullpen choices) with many accusing the 48-year-old of squandering one of the most talented and expensive rosters in MLB.

However, his former teammate, Alex Rodriguez, feels differently, arguing the Yankees’ problems run deeper than Boone. In fact, if it were up to him, he’d give Boone a longer leash.

“I would give him a three-year extension,” said the former AL MVP. “Aaron Boone did a fantastic job. If anyone thinks that Aaron Boone has anything to do with the Yankees’ failures, they’re wrong.”

Here’s why I think the #Yankees need to give Aaron Boone an extension.
.
Loved talking baseball with my guy @ColinCowherd . We cover a number of topics in today’s game. ⚾️

What do you think? Let me know ⬇️ @MLBONFOX pic.twitter.com/AdRckvur0h

While 92 wins and an early playoff ouster at the hands of a hated division rival wouldn’t exactly constitute a successful season for a team with 27 World Series banners hanging from the rafters, Rodriguez thinks front-office interference is more to blame for the Yankees’ 12-year title drought than Boone.

“I met with a front office and they said, ‘We had a Wild Card Game. We have 30 people around the table, making a lineup.’ What do you need 30 analytics people [for]? What are you, a hedge fund making a $2-billion bet?” Rodriguez expressed during an interview with Fox Sports’ Colin Cowherd. “It’s too much thinking. You take half that IQ and throw it in the ocean. Go back to Manny Ramirez. Just play baseball. See ball, hit ball.”

Rodriguez stopped short of completely dismissing analytics, but believes there’s a balance to be struck, and the Yankees haven’t found it yet. “Analytics have a blind spot. Humans have a blind spot. [Red Sox manager] Alex Cora has figured out a way to bring a hybrid [approach] and do it better than anyone.”

A-Rod makes it sound simpler than it is, but his assessment of the Yankees, a one-dimensional team constructed for the sole purpose of hitting home runs—often at the expense of needed skills like base-running and fielding fundamentals—isn’t far off. 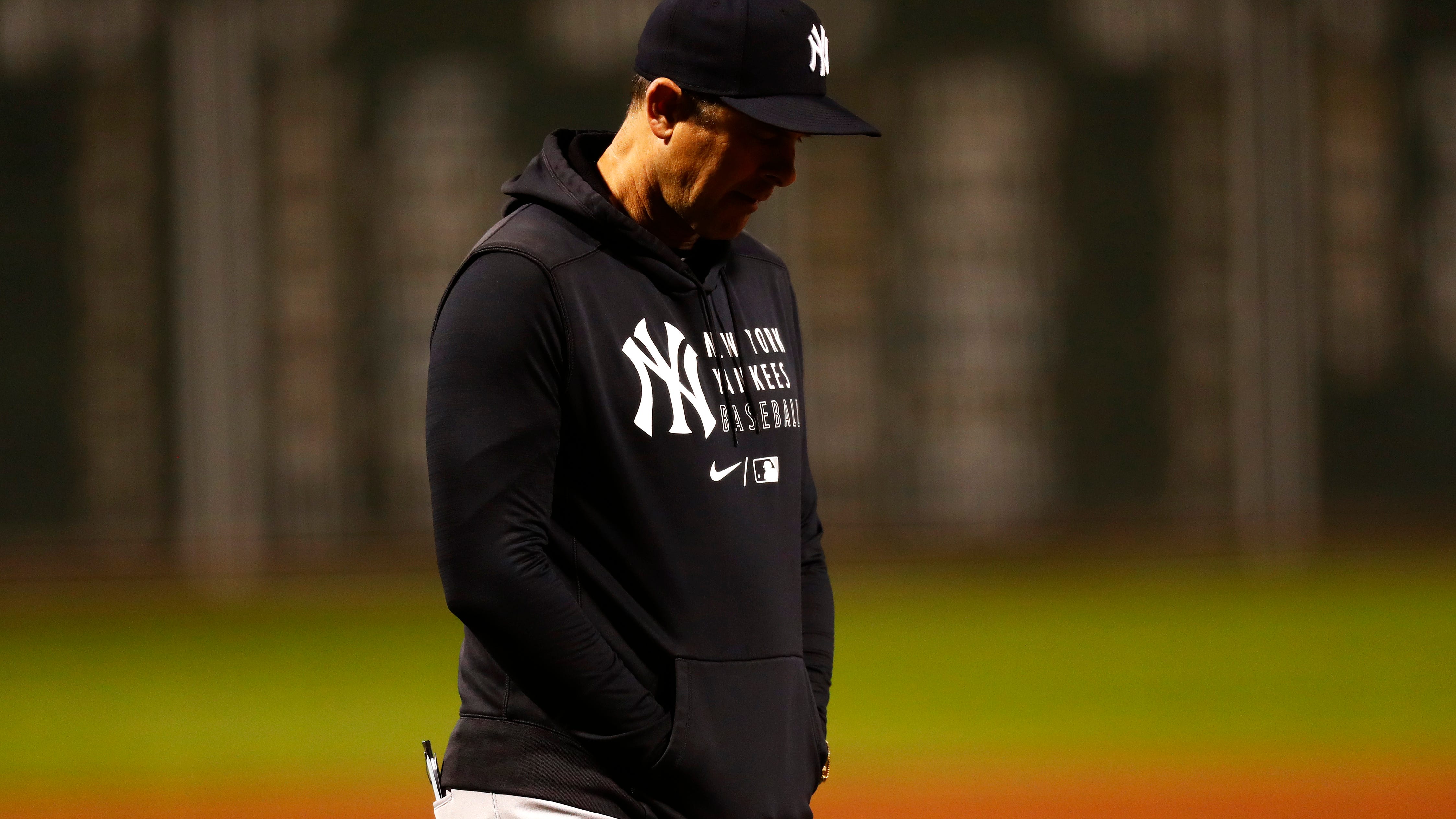