What Charlie Morton was able to do on Tuesday night was, by all means, heroic. To stay in a game after a comebacker fractures your fibula — that, or ultimately leads to a fractured fibula — and retire three more batters is nothing short of amazing. It's a feat that, upon first glance, seems like something that never had been and never will be done by another pitcher. 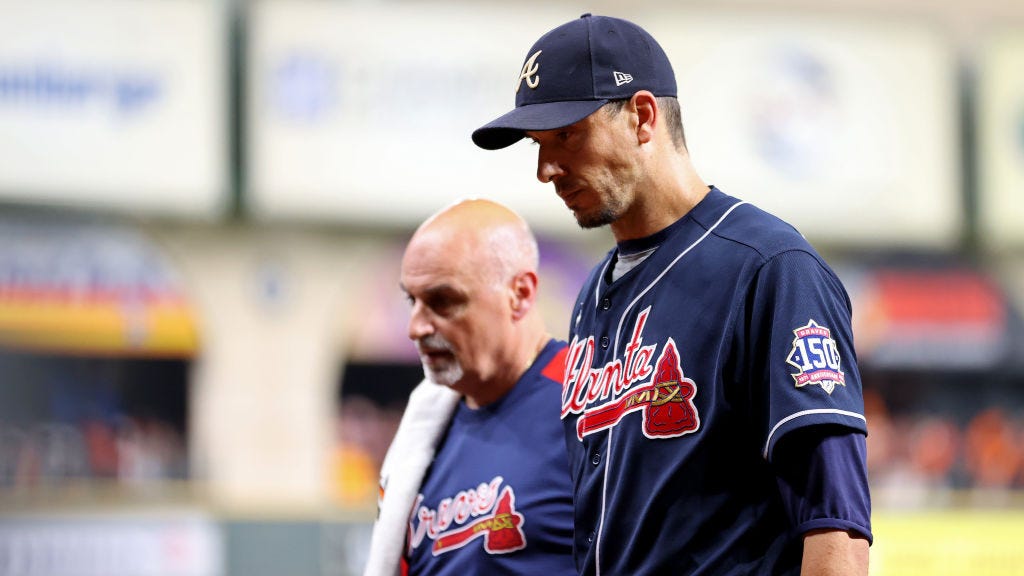 That's where you're wrong. And that's where I was wrong, lauding him and other athletes for these Herculean efforts that are rarely seen throughout sports in the article embedded above. If we rewind the clock 54 years, we find that a Hall of Fame pitcher had gone through an eerily similar ordeal out on the baseball diamond and, with the same toughness, remained in the game as long as he could. His name was Bob Gibson.

Thanks to Kyle Koster of The Big Lead and his apparently encyclopedic knowledge of our game's history — something that I often boast about myself, though I came up short of Koster this time — he shared that Morton is linked with Gibson in more ways than one. With seven postseason wins, Morton has just as many tallies in the victory column of playoff baseball as Gibson, who went 7-2 in his nine postseason starts. But the more stunning connection between the two has to do with the main story of the night: the broken leg.

On the evening of July 15, 1967, Gibson's St. Louis Cardinals took on the visiting Pittsburgh Pirates. Working with ease to start off the game, Gibson shut down the Pirates and their star-studded lineup — filled with the likes of Matty Alou, Maury Wills, Roberto Clemente and Willie Stargell — in 1-2-3 fashion the first two frames, and got out of a slight jam to escape the third unscathed in the scorebook. But to lead off the fourth inning, Clemente roped a scorching line drive back at Gibson, who took the force of the hit right on his leg and allowed a single.

Somehow, he remained in the game, walking Stargell, striking out Bill Mazeroski and walking Donn Clenendon before, as Gibson told it in his book, "pow, the fibula bone snapped in two." He wound up missing two months but came back in time for the playoffs, which in that era was just a World Series between the winner of the National League and the winner of the American League.

St. Louis, with their league-best 101-60 record under Red Schoendienst, were the NL representatives, and Gibson came back in time to power them to a championship over the Boston Red Sox with a sparkling 3-0 record in his three Fall Classic starts and a 1.00 ERA. Here's how ESPN Classic's Fred W. Kiger retold the legendary Gibson's brilliant performance in that 1967 World Series:

In Game 7, the fire and intensity was as strong as ever even if his leg hurt so badly that teammate Curt Flood saw him taking medication several times to kill the pain. Instead, it was the Red Sox who were ailing. Gibson did not give up a hit in the first four innings. In the fifth his solo homer against Boston ace Jim Lonborg boosted the Cardinals' lead to 3-0.

The man with the fire dominated, winning 7-2 as he allowed only three hits and fanned 10. Gibson not only survived the fifth inning, he thrived. So much so that when teammate Lou Brock was asked the turning point in the game, he said simply, "Bob Gibson, Bob Gibson."