Entering Monday night, through five seasons as the Atlanta Braves' everyday second baseman, Ozzie Albies had made good on the bulk of his 2,014 chances in the field. His .988 fielding percentage is a testament to that, as is the fact that his eight total zone runs in 2021 rank first among all NL second basemen. But even Brooks Robinson committed an error every once in a while, and though Albies isn't quite on that level of defensive wizardry, the point is the same.

Brooks Robinson never committed a throwing error like this one, though. In the bottom of the second inning between the Braves and the Mets, James McCann hit a sharp ground ball that ricocheted off the pitcher's mound. Albies, shifted all the way over to the other side of second base, reacted quickly enough to field the ball, turn toward first base and... well, just watch.

There's something you don't see everyday from Ozzie Albies

(GKR seemed to enjoy it though 😂) pic.twitter.com/MFWca4IDKs

Albies was laughing. Dansby Swanson and Joc Pederson were, too. Ditto for announcers Gary Cohen, Keith Hernandez and Ron Darling. I'm sure the same goes for the Braves and Mets fan bases. But hey, laughter is part of the game. Just ask the intended recipient of Albies' throw, Freddie Freeman. 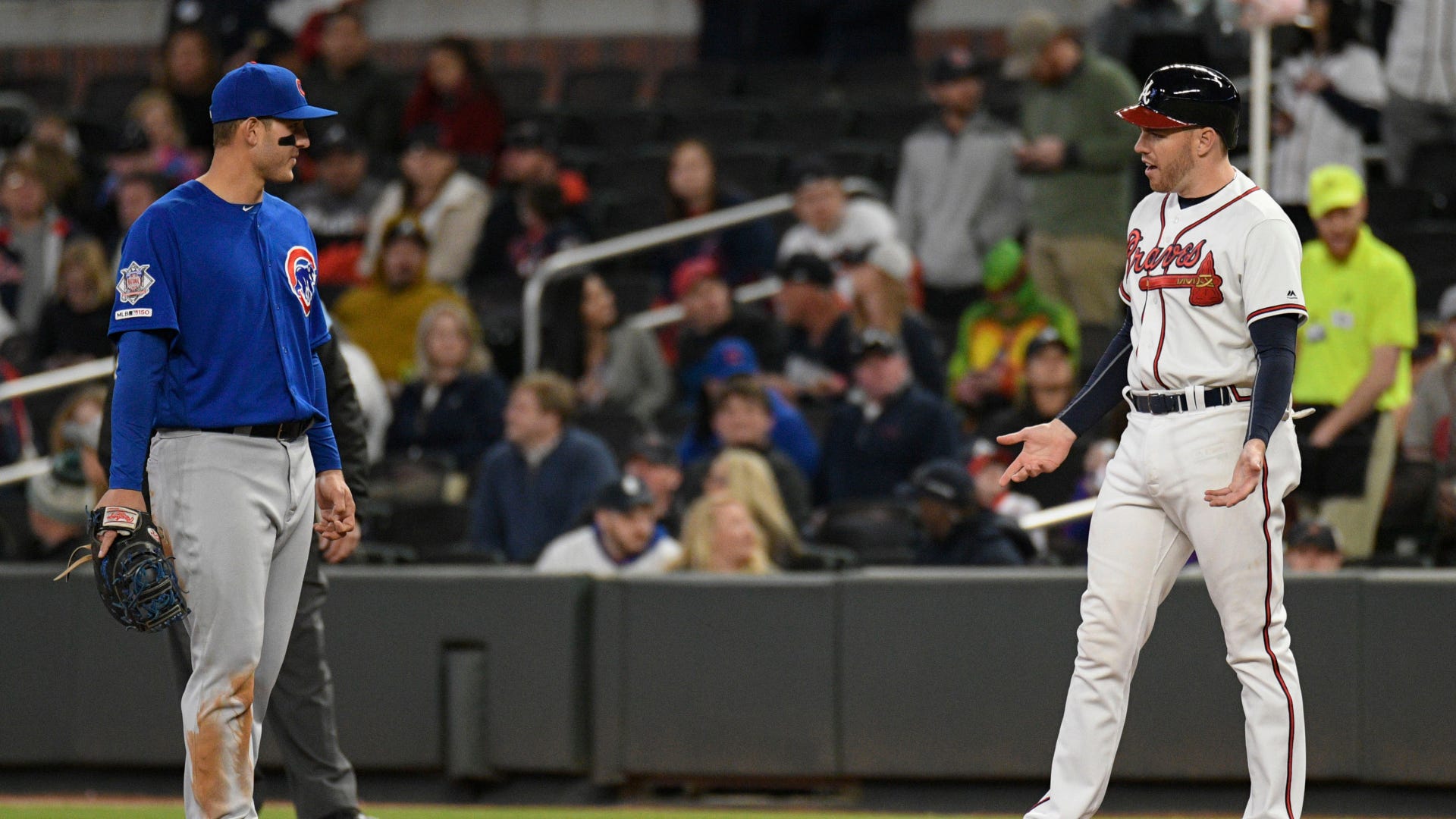 To be perfectly honest, though, we think that Freeman might have been able to help Albies out a little bit on that insanely wild throw, seeing as he also made a miraculous stretch to help the Braves turn a double play later on.