Though we're still waiting for Curt Flood to get inducted into the Baseball Hall of Fame, the St. Louis Cardinals great and important figure for all professional sports was honored with an award from the Major League Baseball Players Association. 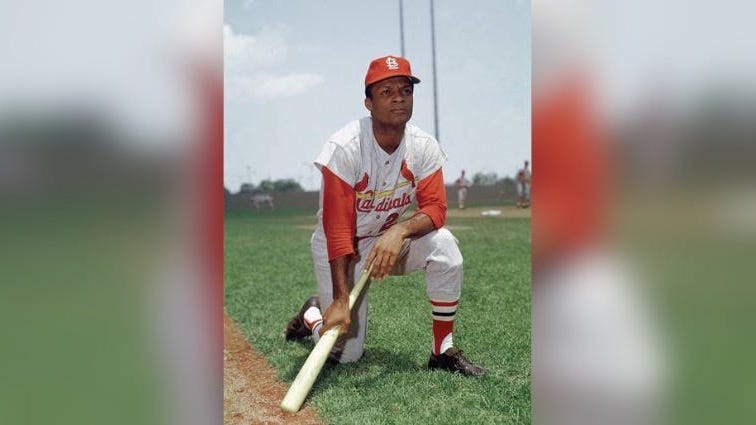 On Monday, the union introduced the annual Curt Flood Award as part of the Players Choice Awards, to be bestowed upon “a former player, living or deceased, who in the image of Flood demonstrated a selfless, longtime devotion to the Players Association and advancement of Players’ rights."

Flood was dealt to the Philadelphia Phillies after an illustrious 12-year stint in St. Louis, in which he was named to three All-Star teams and earned seven Gold Glove awards. However, he refused the deal for a number of reasons, including the recent history of Dick Allen — who was on the opposite side of the trade — as a member of the Phillies.

Flood reflected on the trade destination in his autobiography, "The Way It Is" (via Terry Sloope of SABR):

﻿Philadelphia. The nation’s northernmost southern city. Scene of Richie Allen’s ordeals. Home of a ballclub rivaled only by the Pirates as the least cheerful organization in the league. When the proud Cardinals were riding a chartered jet, the Phils were still lumbering through the air in propeller jobs, arriving on the Coast too late to get proper rest before submitting to murder by the Giants and Dodgers. I did not want to succeed Richie Allen in the affections of that organization, its press and its catcalling, missile-hurling audience.

Instead of grudgingly accepting the terms of the trade, Flood refused to go and challenged the existing reserve clause established in baseball's labor practices. Due to the reserve clause, a team could perpetually renew a player's contract year-after-year following the end of a contract's terms without the player having any option other than to hold out or await a trade or release. To combat this, Flood demanded that then-Commissioner Bowie Kuhn make him a free agent.

“After 12 years in the major leagues, I do not feel that I am a piece of property to be bought and sold irrespective of my wishes,” Flood wrote in a letter to Kuhn. “I believe that any system which produces that result violates my basic rights as a citizen and is inconsistent with the laws of the United States and of the several states.

Kuhn denied Flood's request to become a free agent, and Flood responded by taking MLB to court, though the Supreme Court eventually ruled in favor of Kuhn. Still, the case paid off in the long run, as Flood and then-MLBPA executive director Marvin Miller raised the concern about how unfair it was for players to be bound to their teams without any say in the matter.

In 1975, their tireless efforts paid off. Though Flood's career was over by that point, he was able to witness two pitchers, Andy Messersmith and Dave McNally, become free agents through arbitration after challenging the terms of the reserve clause. This effectively changed baseball for the better, instituting free agency, and it would not have been possible without the fight that Flood and Miller fought.

“Curt’s challenge of the reserve clause is truly an example of his courage, commitment to principles and justice,” Judy Pace Flood, Curt's widow, said. “He knew his actions could cost him his career, yet he took a stance for what he believed was right. Thank you to the MLBPA for continuing to honor and preserve the legacy of my late husband with this award so that his courage and sacrifice will never be forgotten.”

With this well-deserved and prestigious honor now on his side, the next step becomes his enshrinement in Cooperstown.