No, Tom Brady and Gisele Bundchen will not be the tour guides if you go to check out his massive temporary home in Tampa. But you can get a tour of it if you're a prospective buyer and, more importantly, if you know you have $29 million lying around.

That's because the mansion, which Brady is living in but which is owned by New York Yankees legend and Miami Marlins CEO Derek Jeter, has been listed by the Hall of Fame shortstop (via Sydney Franklin of the New York Times).

Stephen Gay, the agent from Smith & Associates Real Estate who has the listing, called it the "most impressive home to ever hit the market in the Tampa Bay area." With seven bedrooms, nine bathrooms, a pool looking out over the waterfront, 30,000 square feet of space and the ability to satisfy the tastes and lifestyles of Brady and Bundchen, we're not going to question Gay's claim. 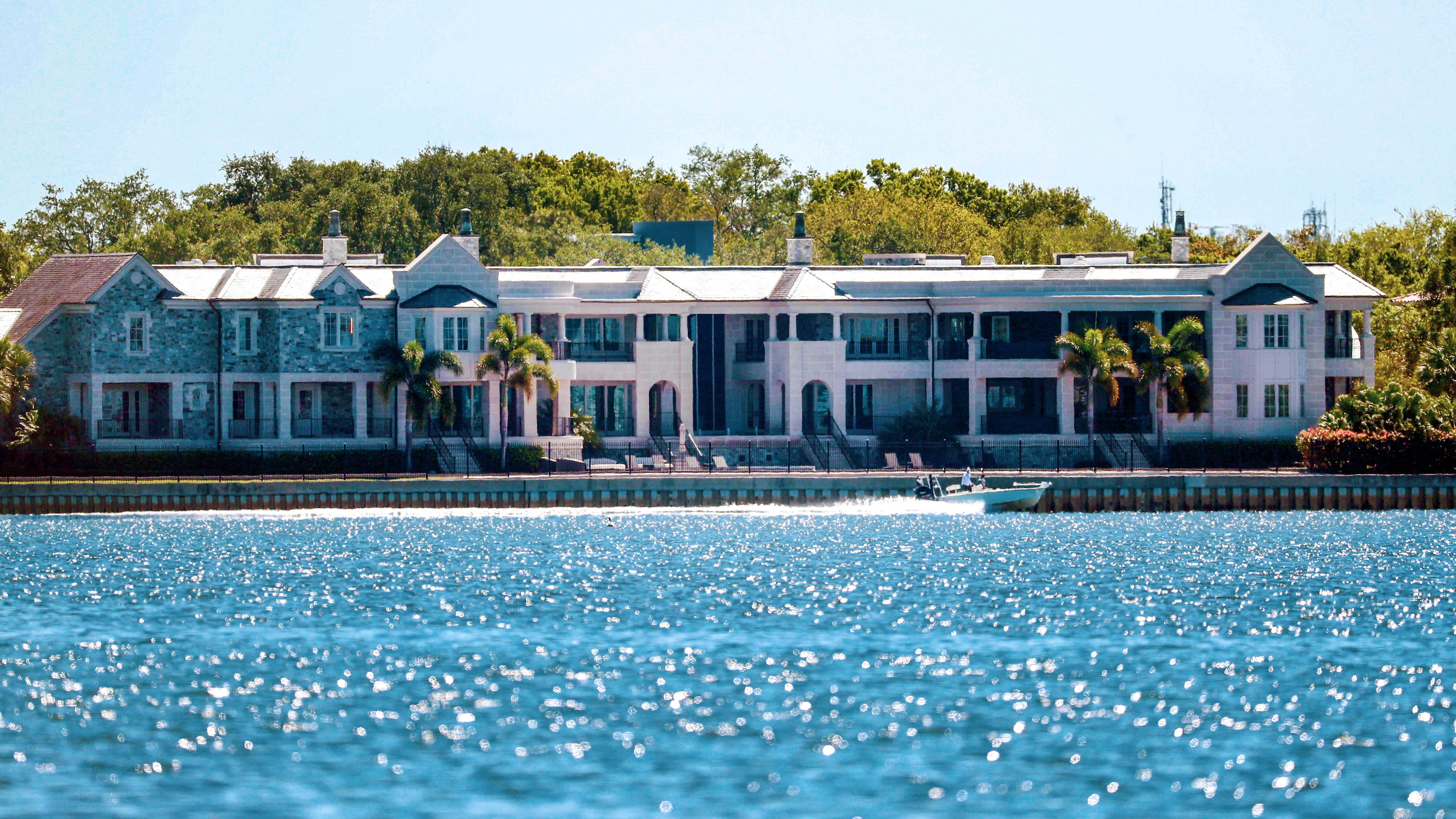 See 10 of the NFL's Most Insane Million-Dollar Mansions

The house goes by an impressive moniker -- "St. Jetersburg" -- and is surrounded by a massive wall with a nickname of its own -- "The Great Wall of Jeter." It must be a great wall, considering it sits on not one, not two, but three lots looking out onto Hillsborough Bay. The island these lots sit on is Davis Island but, surprisingly, that's not named after Jeter's wife, Hannah, whose maiden name is Davis.

Whoever ends up buying this amazing property clearly has a lot of money lying around... perhaps it's someone hoping to own a baseball team, like Jeter, that took Joe Maddon's advice. The Angels skipper, who was formerly with the Tampa Bay Rays, joked that the Rays could build a stadium on the site and play their home games there (via Brett McMurphy of the New York Times).

Watch the video at the top of this page for a tour of this awesome player pad.

music
Thomas Rhett is 'embracing the dad life' in all the stereotypical ways
music
Did Julia Stiles and Joseph Gordon-Levitt have a secret romance on the set of '10 Things I Hate About You'?
music
J Balvin busca un equilibrio entre su personaje público y su vida privada en ‘The Boy from Medellín’
music
Ashe dances barefoot on broken glass in 'Me Without You' video
music
Meek Mill shares first photo of his son and reveals his name
music
Rare digital artwork created by Jerry Garcia now available as an NFT