For a few years now, we've kept tabs on Wesleyan High School (Georgia) outfielder Druw Jones, and not just because his dad was one of the greatest center fielders in MLB history.

Druw Jones -- whose father, Andruw, won 10 Gold Glove Awards and hit 434 home runs in a career spent primarily with the Atlanta Braves -- is a legitimate MLB prospect in his own right.

In fact, Keith Law of The Athletic has Druw ranked as the No. 1 overall prospect in the 2022 MLB Draft class, adding the following assessment:

"Andruw Jones' son is the consensus No. 1 player in the draft class, rising to the top as much because of the high floor he offers for a high school player as his ceiling."

Law even went as far as saying that Druw "has a similar feel for the position. to his father, gliding to catch balls thanks to strong reads off the bat." In case you've forgotten, Andruw was one of the best defenders that the sport has ever seen at any position:

Andruw Jones is the best defender I’ve ever seen. pic.twitter.com/tUpy6MP9Ty

Meanwhile, Jim Callis of MLB.com has projected that the Baltimore Orioles will use the No. 1 overall pick on Druw. Callis gives Druw a grade of 55 for his hitting and 60 for power on a 20-80 scale. But like Law, he's most bullish on Druw's defensive ability, giving him a 70 grade for his prowess in the field:

"Jones is the best defensive center fielder in the 2022 high school crop and might be the best defender in the entire Draft. His speed and instincts combine to give him tremendous range and his well-above-average arm strength stands out at a position not known for many cannons. Scouts who have seen the Vanderbilt recruit take infield say he has the tools and actions to play a fine shortstop as well."

While Druw is committed to Vanderbilt, it would be pretty shocking if he chose to play collegiately over a guaranteed payday and immediately becoming one of the top prospects in all of baseball. If the Orioles don't take Druw with the first overall pick, one of the Arizona Diamondbacks, Texas Rangers and Pittsburgh Pirates will with one of the subsequent picks. 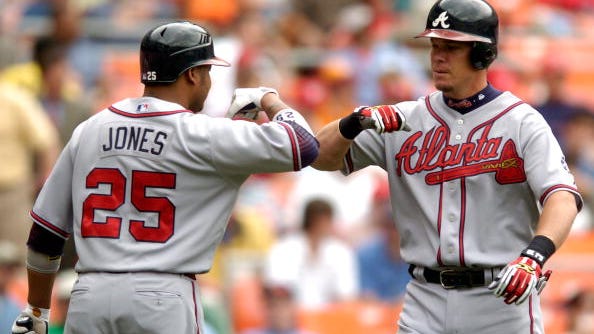