Javier Baez and Francisco Lindor have apologized for their controversial thumbs-down gestures that Baez previously described as a retaliation to fans that have been booing the struggling Mets.

On Sunday, Baez, Lindor, and Kevin Pillar were seen holding up a thumbs down after recording a hit, and Baez said after the game that the fans “are going to get booed when we have success.” He walked those comments back on Tuesday, saying the gesture was more towards his own dugout.

“I didn’t mean to offend anybody,” Baez said. “This is something I’ve done in the past against other teams. I did it in LA to the dugout. I might have said something wrong that I was booing the fans, I really meant like ‘boo me now,’ and not to the fans, to the dugout.”

Lindor said something similar, though the Mets and their explanations after the fact haven’t always seemed like the most reliable, given their “rat or raccoon” explanation earlier in the year when shouting between Lindor and Jeff McNeil was heard in the dugout after a miscommunication in the infield.

“It was to the dugout,” Lindor said. “Thumbs down for me means the adversity that we’ve gone through, the negative things, we overcome it, so we did it. We went over it. However, It was wrong and I apologize to whoever I offended. It was not my intent to offend people, we can't go against the fans. I’ve never done it in my career. We play for the fans.”

Baez also made sure to include an apology.

“I didn’t say the fans are bad,” Baez said. “I love the fans. I just felt like we were alone…the frustration got to us. I didn’t mean to offend anybody. And if I offended anybody, we apologize.”

Glad to hear our players apologizing to the fans. Let’s get behind our players today and go out and win 2 today!

#Fans We just need to stay together! We want to win too! El Mago gonna be El Mago! #LGM

Lindor has heard plenty from the home crowd this season, as he has struggled at the plate for most of the year after signing a mega $341-million contract extension prior to the start of the season. His thumbs down gesture didn’t sit well with Mets fans, as some could be heard booing him as he spoke on the field with reporters before Tuesday’s doubleheader.

“The things that happen outside, we hear about it,” Lindor said. “We’re not machines. We know about it. It sucked getting booed, I don't like it. It doesn’t feel good from the home base. However, I have embraced it. I’ve sucked at times. I haven't done my part when it comes to the offensive side.

“I don’t think we have a bunch of guys just complaining all the time about ‘oh, the media, the fans, the city,’ no, we’re playing the game, we’re trying to win, do whatever it takes to win and represent the organization the right way.” 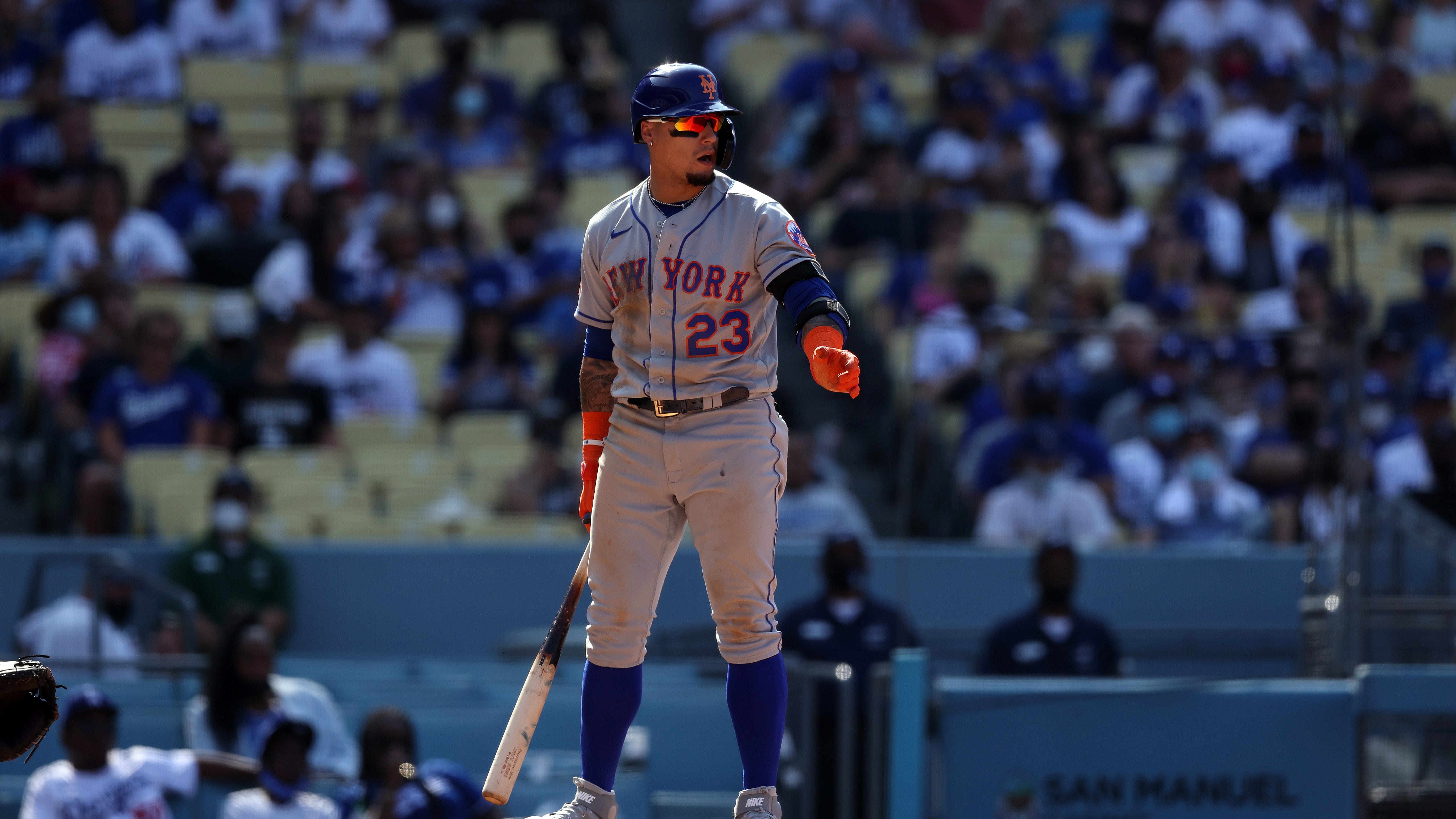 This ridiculous Javy Baez stat will blow your mind

Lindor and Baez said they are both ready to move past the discourse and try to turn around a season that has seen them fall to four games below .500 after leading in the division for three straight months.