The 2020 MLB Draft will begin on June 10. Given that the event is normally 40 rounds and has been trimmed to just five rounds in 2020, it will take on an entirely different feel than normal.

Additionally, the MLB Draft is unique from the other major American sports leagues because it's normally held during a season, and picks typically are immediately sent to Low-A to begin their professional careers. There's no evidence to suggest that there will be a 2020 minor league season, and even if there is, it almost certainly won't include the lower levels of each team's pipeline.

It will be especially uncomfortable if MLB and MLBPA haven't yet reached an agreement for there to be a 2020 MLB season. If no deal has been brokered by June 10, the two sides almost certainly won't have given up yet. But if mid-June is approaching and a deal hasn't been agreed to for the 2020 season, you'll be left to wonder if there's enough time to realistically do so this year. The prospects of a cancelled 2020 season could cast a black cloud over an MLB Draft that already will come with an uneasy feeling.

With all of that acknowledged, here's RADIO.COM Sports' latest projection at how the first round of the 2020 MLB Draft will play out: 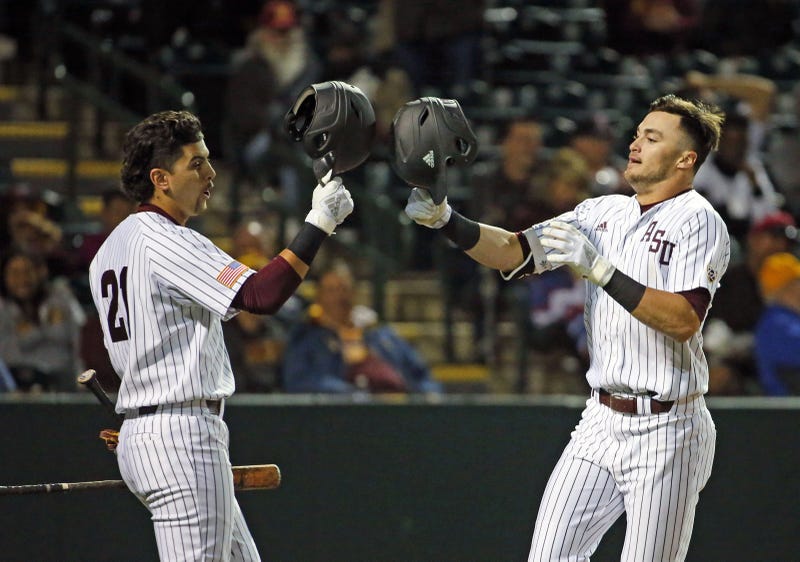 Tigers Make Obvious Selection at No. 1

The Tigers still owe Miguel Cabrera $102 million after 2020, but the future Hall of Famer has been sapped of his power in recent seasons, as he has just 31 home runs over the last three seasons. Fortunately, general manager Al Avila and the Tigers appear like a pretty sure bet to add another middle-of-the-order bat with the top pick in the 2020 MLB Draft. If you don't believe his own college coach's glowing praise, trust the scouting reports on Arizona State first baseman Spencer Torkelson. MLB Pipeline says that the 20-year-old has a 65 power tool - graded on a 20-80 scale - and "doesn't sell out for that power, but gets to it with ease." 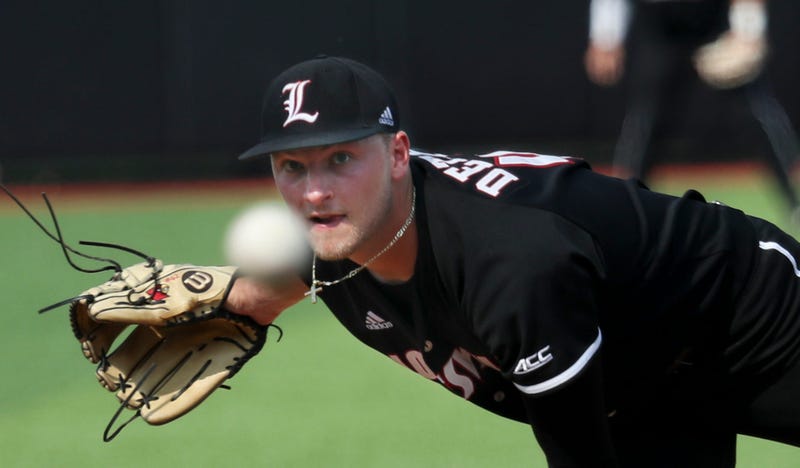 In our first mock, we raved about the potential upside of Minnesota righty Max Meyer, who we had the Pirates taking with the No. 7 overall pick. Well, that upside may keep him from reaching Ben Cherington and company at this spot, as we're now among the outlets that have him projected to go in the top five picks. In this mock, we have the Pirates electing to select former Louisville southpaw Reid Detmers, who Insider Keith Law says "has the best command in the draft," and believes could quickly ascend to the major leagues. Detmers could eventually pair at the top of the Pirates' rotation with No. 1 overall prospect Mitch Keller, giving the Pirates a cornerstone left-handed starter to pair with the righty. 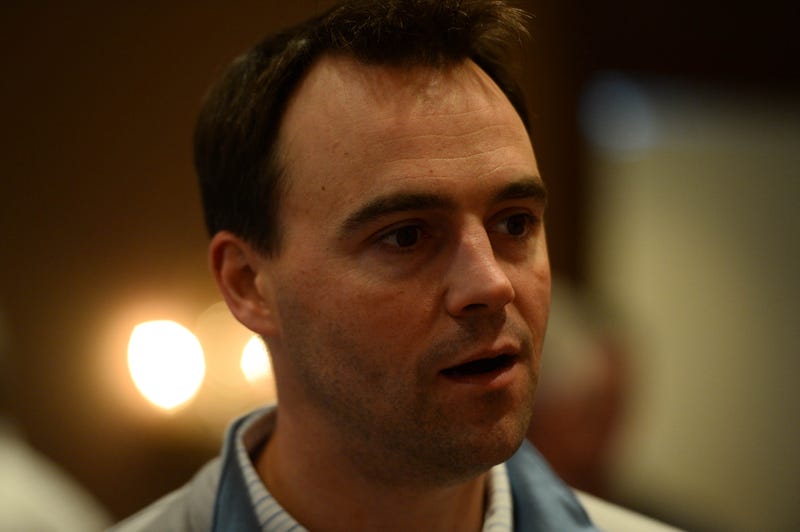 Over the last two decades, the Phillies have employed quite a few notable starters, but very few of them were internally developed. In general, the organization has struggled to keep pace with the Washington Nationals and Atlanta Braves in their own division in terms of drafting and developing elite talents. There's hope that Spencer Howard - the team's 2017 second-round pick - will soon join Aaron Nola and Zack Wheeler atop the rotation, but considering that Nola and Cole Hamels are the only front-line rotation talents that the organization has drafted and developed over the last 20 years, they probably should continue to add elite pitching talents. Carlos Collazo of Baseball America says that the Phillies have been "specifically tied to" righty Nick Bitsko recently. Not only does Bitsko have a fastball that's reached 97 miles per hour, but the 17-year-old went to local Central Bucks East High School, so it's very possible the Phillies could talk Virginia commit into skipping college and turning professional. 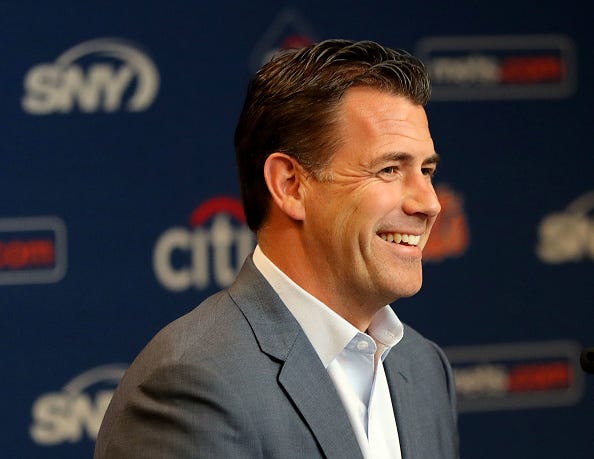 Through thick and thin - often thin - the Mets have had consistently excellent front-line starting pitching over the last decade. Two-time defending National League Cy Young Award winner Jacob deGrom is still only 31, so he's not going anywhere anytime soon. Noah Syndergaard's career has taken a detour with Tommy John surgery, but there's still hope that the 27-year-old will eventually consistently realize his immense potential. It is time, though, for the Mets to consider building the next wave of starting pitching. There's a lot of excitement about 2019 third-round pick Matthew Alan, and there should be quite a bit of hopefulness that someone like former Oklahoma righty Cade Cavalli falls to the Mets at pick No. 19. That may not happen, but given a relatively short track record and some injuries in high school and college, the possibility exists. There certainly does appear to be a bust possibility with Cavalli, but the flip side of that is that MLB.com's Jonathan Mayo says that he "has the upside of a frontline starter." The Mets are due to catch a break, right? 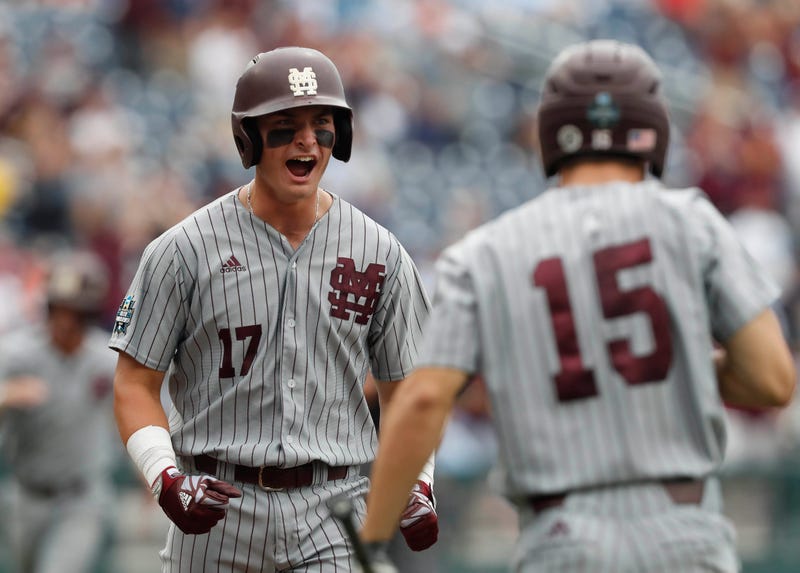 Not many - or maybe any - organizations would be able to lose Bryce Harper in free agency and win the World Series the following season, but the Nationals did just that a year ago, which is a testament to general manager Mike Rizzo's eye for talent, both when evaluating prospects and free agents. Still, the Nationals have lost Harper and Anthony Rendon in consecutive offseasons. There's hope that the combination of Juan Soto, Victor Robles and Carter Kieboom can help the Nationals avoid taking a step back in 2020, but the Nationals need to continue to churn out young talents to stay competitive in a division where four of the five teams are trying to make the playoffs every year. Mississippi State second baseman Justin Foscue - who hit .331 with 14 home runs and 60 RBIs in 67 games during his sophomore season of 2019 - could help the team to build a talented infield core with the aforementioned Kieboom and the consistently underappreciated Trea Turner. 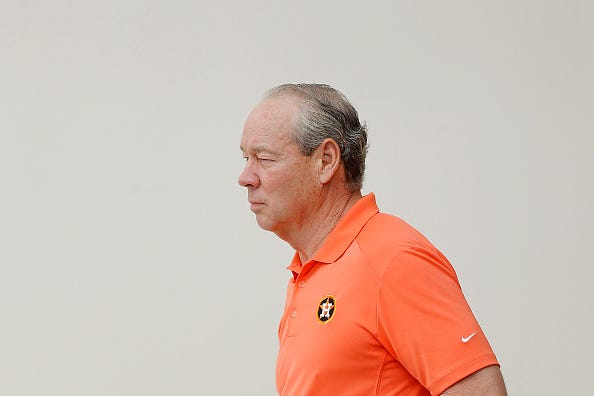 Astros Lose Out on First-Round Pick

We can debate whether the Astros received a stiff enough punishment for their sign-stealing scandal, but losing you first and second-round picks in 2020 and 2021 is far from insignificant. Alex Bregman, George Springer, Carlos Correa and Lance McCullers Jr. were all selected by the Astros in the first round of their respective drafts. What's more, Springer can become a free agent after the 2020 season. Justin Verlander is 37. Zack Greinke is 36. Jose Altuve is 30. If there is a 2020 season, the Astros are well-equipped to compete. However, without the ability to re-tool their organization through the top rounds of the draft for two years, the Astros may be headed for some lean years later on this decade.

music
How to watch Miranda Lambert's 'The Marfa Tapes' documentary premiere
news
11 travel accessories to keep you comfy and organized on your next trip
music
Chris Martin on new music from Coldplay: 'We were just throwing away any concept of limitation'
music
The 'Riverdale' cast, ranked by net worth
news
Applebee’s is sticking with a smaller menu - Here’s what staying and going
music
Jessica Alba makes $122 million in one day after The Honest Company goes public