A season ago, the Atlanta Braves took a major risk by signing former American League MVP Josh Donaldson to a one-year, prove-it deal after he was limited to just 52 total games in a 2018 season that he split with the Toronto Blue Jays and Cleveland Indians.

The $23 million gamble proved to be a fruitful one for both the Braves and Donaldson. In what ended up being his lone season in Atlanta, Donaldson hit 37 home runs, drove in 94 runs and posted a .900 OPS for a Braves team that won 97 regular season games.

Donaldson's bounce-back season earned him a four-year/$92 million free-agent deal with the Minnesota Twins this offseason. The Braves, in addition to having gotten elite production from Donaldson for a season, collected draft compensation after Donaldson declined their qualifying offer.

It's perhaps unfair to expect anyone to rebound in the fashion that Donaldson did last year. With that said, here are five potential bounce-back candidates for the 2020 MLB season: 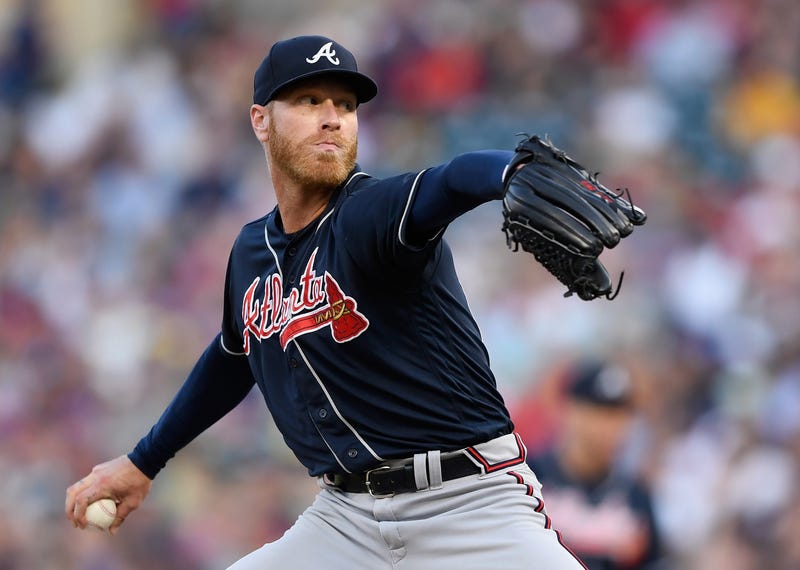 2019 proved to be a disappointing campaign for the man affectionally referred to as "Folty," with the right-hander posting a 4.54 ERA and 4.97 FIP in just 117.0 regular season innings. Foltynewicz struggled for much of the season to get on track after a bone spur in his elbow forced him to begin the season on the injured list.

However, he rounded into form in September, going 4-1 with a 1.50 ERA in five starts that spanned 30 innings. His late-season surge was enough for him to start Game 2 of the NLDS, where he pitched seven shutout innings, outdueling St. Louis Cardinals' ace Jack Flaherty in a 3-0 win.

It is true that Foltynewicz lasted just a third of an inning in what proved to be a disastrous Game 5 where the Braves lost 13-1, but that game was such a bad performance you kind of just have to flush it away.

Even if you have trouble erasing one of the most lopsided postseason losses in recent memory from your mind, it doesn't change the fact that Foltynewicz was by and large very effective down the stretch, which could be an indication of things to come in 2020. 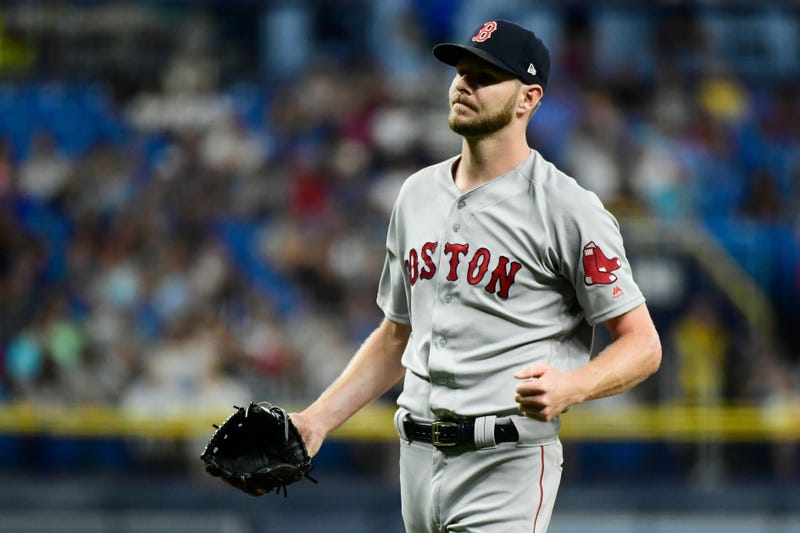 "You saw me play last year, you know I wasn't cheating," Chris Sale jokingly said to the media this past weekend when asked about the MLB investigation looming over the Boston Red Sox.

As Sale enters the first year of a five-year/$145 million deal that includes a full no-trade clause, the Red Sox better hope that the PRP injection that he received last August did a good enough job of eliminating the elbow inflammation that contributed to Sale's worst season as a pro.

For his part, a year after posting a 4.40 ERA, Sale says he's feeling "really good." He is recovering from Pneumonia, but there's no indication he won't be ready to take the mound on Opening Day for a Red Sox team that looks entirely different than it did when he closed out the 2018 World Series.

Just two seasons ago, Sale went 12-4 with a 2.11 ERA, 1.98 FIP and 6.2 fWAR. He's a seven-time All-Star that will still only pitch this season at age 31. It feels like there's more to come from Sale, who has a chance to pitch himself into the Hall of Fame with a few more elite seasons. 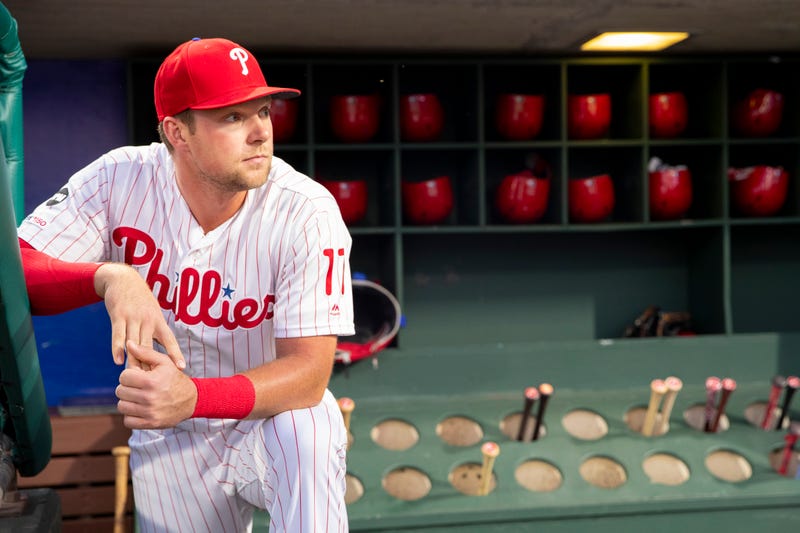 Rhys Hoskins slumped in the second half of the 2019 season. Photo credit (Mitchell Leff/Getty Images)

Last Opening Day, Rhys Hoskins launched a grand slam that was the icing on the cake in a 10-4 route of the Atlanta Braves.

The home run didn't prove indicative of what was to come in 2019, either for Hoskins individually or the Phillies as a team.

In one of the most anticipated seasons in franchise history, the Phillies finished at a disappointing 81-81 mark, good for just fourth place in the National League East. Hoskins collapsed in the second half of the season, hitting just .180 with a .679 OPS after the All-Star Break.

The Phillies expect their pitching to improve in 2020. They inked Zack Wheeler to a lucrative five-year/$118 million free-agent deal. A slew of relievers that were injured for large chunks of the 2019 season - including Seranthony Dominguez - are healthy as Spring Training begins.

Make no mistake, though, even with improvements to their pitching staff, it's going to be the Phillies' offense that powers them to the postseason in 2020, if they hope to snap an eight-year postseason drought. Hoskins, who has been seen experimenting with a new batting stance early in Spring Training, will have to be a major part of that. At a minimum, the Phillies need him to replicate his 2018 season, which saw him homer 34 times, drive in 96 runs and walk 87 times. Truth be told, if they want to have a chance to compete in a crowded National League East, the Phillies probably need the 26-year-old to approach 40 home runs in 2020. 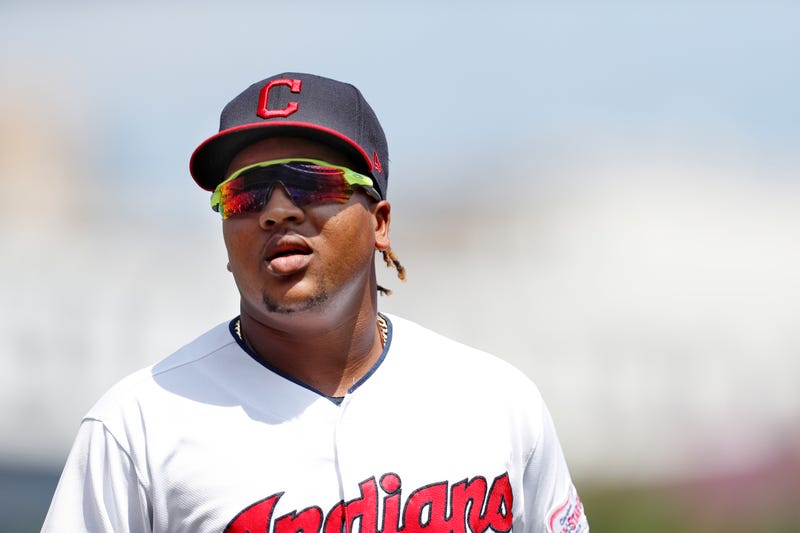 It's probably unrealistic to think that Ramirez, 27, will ever top his 2018 season, but to have a chance to win a top-heavy American League Central, the Indians need Ramirez to be much better than he was in 2019.

A season ago, Ramirez slashed .255/.327/.479 with 23 home runs, 83 RBIs and a 3.3 fWAR. That's still solid production on the surface, but not when compared to what Ramirez had produced in the three previous seasons.

Fortunately for the Indians, after a brutal first half, Ramirez hit .327 with 16 home runs, 48 RBIs and a 1.015 OPS after the All-Star Break a season ago, returning to the superstar level production that the Indians will need him to put up to make a postseason run in what will likely be Francisco Lindor's final season with the team.

Again, from an individual production standpoint, Ramirez probably won't top his 2018 season. However, Terry Francona and company would be more than happy if Ramirez put up numbers similar to his 2017 season, when he hit .318 with 29 home runs, 83 RBIs and a 6.5 fWAR. 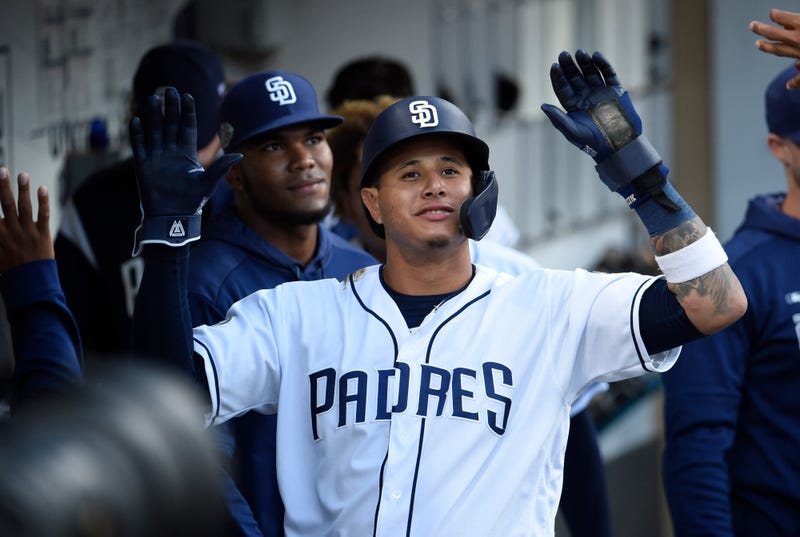 Manny Machado's first season in San Diego wasn't a bad season, but it certainly wasn't up the standards of a player that had just been rewarded with a $300 million contract either.

It's hard to shake the difference in Machado's home/road splits in his first season in San Diego. At Pecto Park, which isn't exactly known as a hitter's paradise, Machado hit just .219 with a .703 OPS in 283 at-bats in 2019. On the road, Machado hit .289 with an .882 OPS in 304 at-bats. There has to be some level of hope that in his second year playing his home games in San Diego, Machado finds a comfort level and at least hits closer to .250, which would leave him with pretty good overall numbers should he continue to thrive on the road.

Padres fans should also be encouraged that Machado, still just 27, should be hitting in a better lineup this year than he did in his first season with the Padres. Fernando Tatis Jr. is entering the season healthy. The Padres also acquired outfielder Tommy Pham from the Tampa Bay Rays.

The Padres signed Machado with the hope that at the front half of his deal, he would be a perennial All-Star. With Anthony Rendon and Josh Donaldson having exited the league - and Kris Bryant and Nolan Arenado facing uncertain futures - there's no reason why Machado shouldn't make his fifth All-Star team in 2020.