That doesn't mean, though, that the fireworks are done in what's already been the most exciting MLB offseason in some time.

With just over 100 days until Opening Day 2020 - which will take place in late March - here are five compelling transactions that could still take place this offseason: 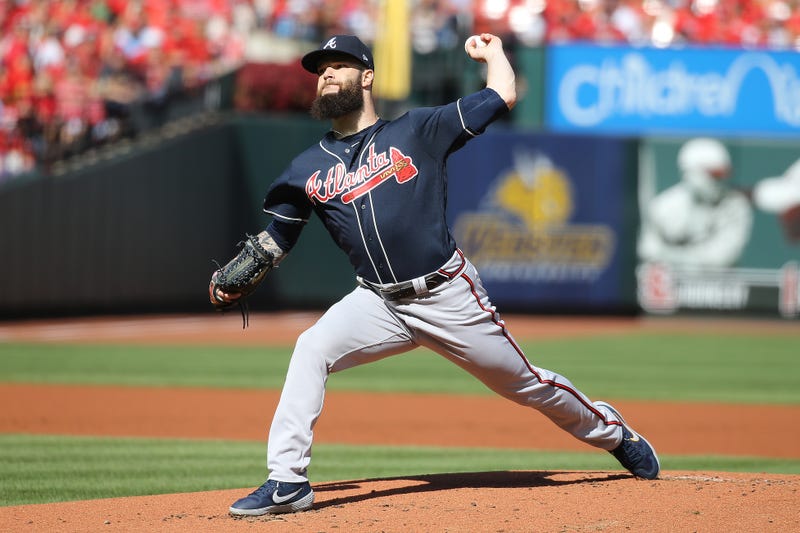 Even after re-signing franchise icon Adam Wainwright, the Cardinals appear to be focused in their pursuit of another starter, probably a lefty.

Morosi also added that the team has met with representatives for former American League Cy Young Award winner Dallas Keuchel, who posted a 3.75 ERA and 4.72 FIP in 19 starts with the Atlanta Braves in 2019.

Most notably, MLB.com's Mark Feinsand has reported that the Cardinals have some level of interest in former World Series MVP Madison Bumgarner. The four-time All-Star pitched 207.2 innings in 2019, finishing the season with a 3.90 ERA. He would require the largest investment of the three, both in terms of total contractual value and having to surrender draft compensation because he declined the qualifying offer that the San Francisco Giants issued to him.

Perhaps the most outside-the-box idea would be to trade for Red Sox lefty David Price, which Feinsand says they've touched base about potentially doing. That said, Price is still owed $96 million over the next three seasons. Unless the Red Sox would be willing to take back Dexter Fowler's deal - which would undermine the purpose of trading Price for salary relief - it's hard to see how that would be the best way to add a southpaw to their rotation.

But, where there's smoke, there's fire. With the aforementioned Wainwright, Jack Flaherty, Dakota Hudson and Miles Mikolas, the Cardinals already have a strong rotation. Adding any of these lefties would give them one of the sport's deepest starting rotations. 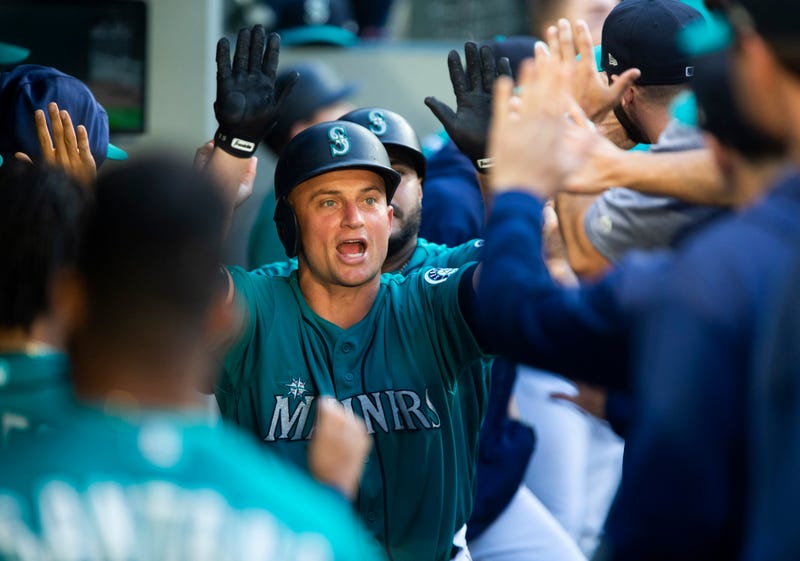 Kyle Seager could be an interesting trade option for the Mariners. Photo credit (Lindsey Wasson/Getty Images)

At the time of publication, Josh Donaldson still hasn't made his decision on his future. Of course, if he re-signs with the Braves, it would take them out of the market for a third baseman.

However, if Donaldson doesn't return, the two-time defending National League Champions will be in the market for a third baseman. They have a deep enough farm system to potentially entice the Chicago Cubs to seriously consider trading former National League MVP Kris Bryant. Ditto for Nolan Arenado in Colorado.

A cheaper alternative - if the Braves want to invest their most valuable assets in another way - would be Seattle Mariners third baseman Kyle Seager, who Ken Rosenthal of The Athletic says is drawing trade interest from multiple organizations.

Seager, 32, is a former American League All-Star, who is owed $37 million over the next two seasons. Though perhaps not the same player he was at his peak, Seager still homered 23 times and posted a 2.9 fWAR in 106 games in 2019. He could benefit from a change of scenery - and joining a better lineup.

What could complicate a trade is that Spotrac says that the $15 million club option in his deal for 2022 would become a player option if he's traded. Perhaps, though, the Mariners could pay down some of the money still owed to Seager and/or seek a lesser return to facilitate a trade. 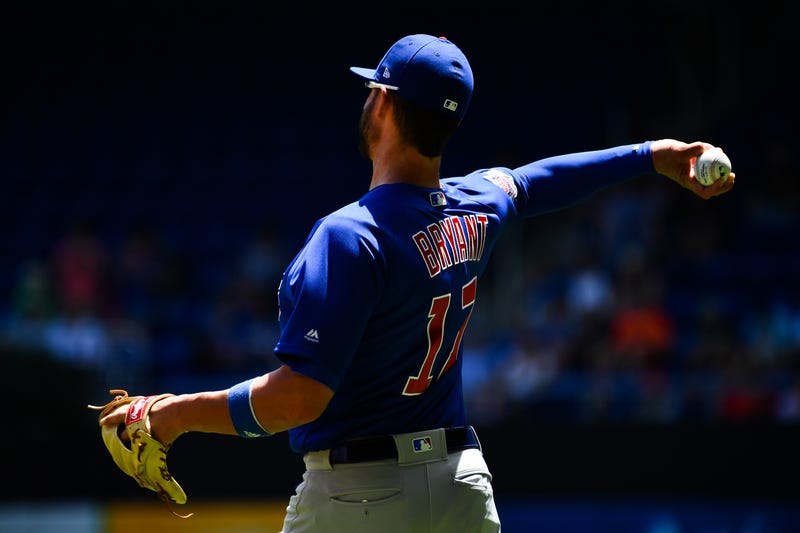 After misjudging the free-agent market, could the Rangers look to trade for a third baseman? Photo credit (Mark Brown/Getty Images

Texas Rangers Add…Someone at Third Base

If the offseason ended today, the Texas Rangers would be one of the biggest losers.

They're set to move into a new stadium in 2020, which led many to believe they would ultimately make a splash by signing superstar third baseman (and Texas native) Anthony Rendon. Instead, Rendon signed a seven-year/$245 million deal with the division-rival Los Angeles Angels. Evan Grant of The Dallas Morning News says that the "Rangers misread the market and only offered six guaranteed years and less than $200 million in total value."

General manager Jon Daniels and company appear to believe they have a strong read on the market for Josh Donaldson, and they aren't keen on what they've found. Levi Weaver of The Athletic reported Thursday that the Rangers are "likely out" on the former American League MVP, citing a price that has gone beyond their valuations.

The Rangers could sign a stop gap option like Maikel Franco (who Jon Morosi of MLB.com says they're interested in) and wait on their top prospect, Josh Jung, who is a third baseman. MLB Pipeline projects that Jung, a 2019 first-round pick, won't make his MLB debut until 2021, though.

If they really want to make a splash before moving into Globe Life Field, it would behoove the Rangers to inquire on Kris Bryant and Nolan Arenado via trade. It's unclear if they have the prospect wherewithal to pry either of those two or if now makes sense from a baseball perspective as a time for the Rangers to cash their major chips in. The worst that can happen is they're told no.

Increasingly, though, it seems the Rangers could enter 2020 with a lesser option at third base. Perhaps they'll sign Franco. Maybe they'll pursue a trade for Kyle Seager. Either of those options - though very different players - would feel disappointing when compared with expectations entering this offseason. 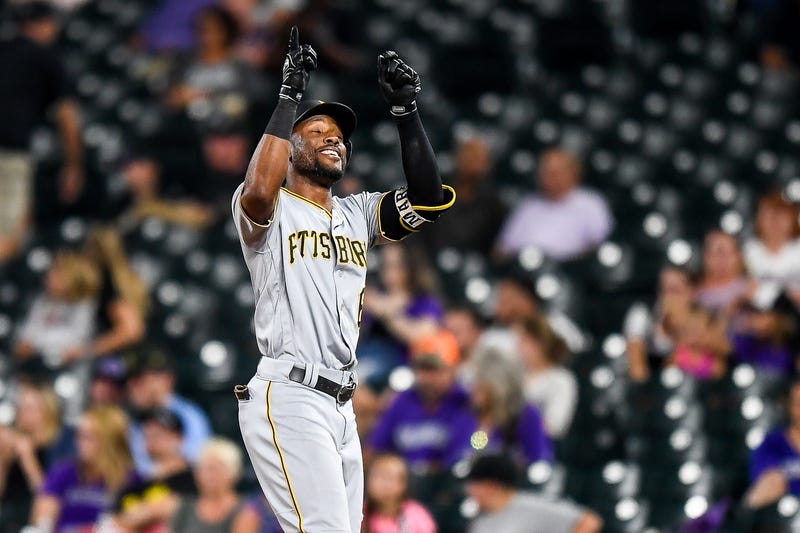 Wednesday, RADIO.COM's Jordan Cohn opined that it would make sense for the San Diego Padres to pursue a trade of Pittsburgh Pirates outfielder Starling Marte. A few hours later, RADIO.COM MLB Insider Jon Heyman reported that the Padres are indeed interested in the 31-year-old outfielder.

The Padres have already added Tommy Pham to their outfield this offseason. Marte, in theory, could get at-bats in all three outfield positions. He's a natural center fielder, but he posted -9 defensive runs saved in center field in 2019. He hasn't played left field since 2017, but Marte graded out tremendously there earlier in his career. He may be best-geared to play a corner outfield spot moving forward.

Marte being able to play a corner outfield spot would likely be contingent on the Padres finding a trade partner for Wil Myers. Given that Marte will make $11.5 million in 2020 and has a $12.5 million club option for 2021, trading away some or all of the $60 million still owed to Myers (almost certainly in a separate trade) would help the Padres to be able to make this type of deal.

Additionally, Heyman says that the Pirates would like to acquire a "young, controllable catcher" for Marte. The Padres have Austin Hedges, who is 27, under team control 2022 and is one of the game's elite defensive catchers. Still, with 24-year-old Francisco Mejia at the major league level and catcher Luis Campusano one of the top prospects in an elite system, the Padres could afford to part with Hedges. 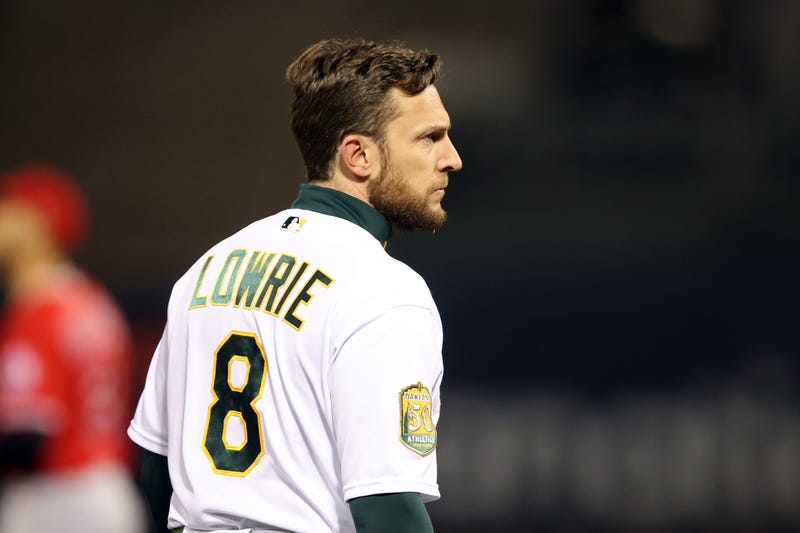 Jed Lowrie played so little in his first season with the New York Mets that there's not even an image available of him on the team. Perhaps that's appropriate, though, because the nine games that Lowrie played with the Mets in 2019 may be the only ones that he does with the team.

Thursday, RADIO.COM MLB Insider Jon Heyman reported that the Mets were "still trying to offload a contract," suggesting that Lowrie would likely be who they move. Given that he's owed $10 million in 2020 and Jeff McNeil filled the super-utility role, that makes sense.

At the same time, Lowrie, 35, posted a 5.0 fWAR in 2018. He's not that far removed from not only being a productive player, but an elite one. A team may get burned in trading for him if he isn't able to stay healthy again in 2020, but that may be worth the risk for his upside.

Susan Slusser of The San Francisco Chronicle says that the Oakland Athletics would have interest in a reunion with Lowrie if the Mets ate "a bulk" of Lowrie's 2020 salary. Lowrie has already had two go-rounds in Oakland, playing for the A's from 2013-14 and then again from 2016-18.

SNY's Andy Martino has also connected the Texas Rangers, who apparently are casting a wide net in their search for infielding help, to Lowrie.

In theory, Lowrie would also make sense for teams like the San Francisco Giants and Detroit Tigers, who have some financial might, aren't going to contend in 2020 and could flip him at the July 31 trade deadline if he bounces back.