The St. Louis Cardinals' franchise began in 1882, initially known as the "Brown Stockings." Over the course of their history, the Cardinals have become arguably the most successful team in National League history, having won 19 NL pennants and reached the sport's highest stage 23 total times.

To boil down the 11-time World Series Champion's history to one article would be impossible. However, here are five players that you may have forgotten spent time with the Redbirds during the last 25 seasons, a period that has included two World Series titles: 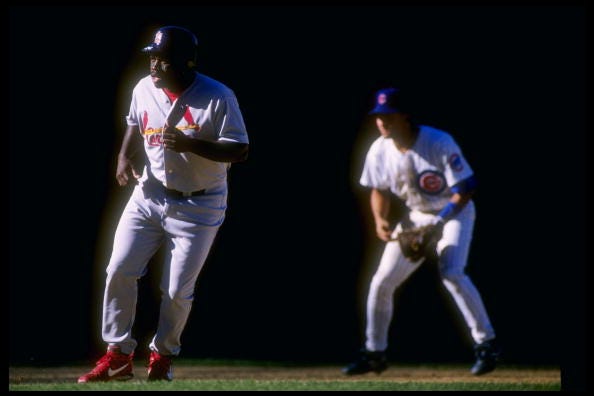 Though Young would go on to be the All-Star representative for bad teams in Detroit and D.C., he actually began his career with the Cardinals. The No. 4 overall pick in the 1991 MLB Draft played in 127 total games for the Cardinals between the 1996 and 1997 seasons. The Cardinals lost him after the 1997 season, as the Tampa Bay Devil Rays selected him the 1998 MLB Expansion Draft before shipping him to the Cincinnati Reds in a trade for outfielder Mike Kelly. 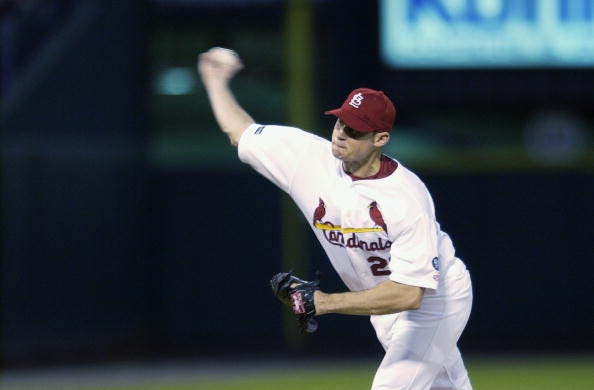 Jamey Wright had a brief stint with the Cardinals. Photo credit (Elsa/Getty Images)

Wright had a 19-year Major League career, one that included him attempting to pitch near the top of the Colorado Rockies' rotation in the hitter-friendly Coors Field over two stints with the team. Following a year and a half with the Milwaukee Brewers, the Cardinals acquired Wright in August of 2002. In four appearances with the team, three of which were starts, Wright went 2-0 with a 4.80 ERA for a Cardinals team that won the National League Central title after acquiring superstar third baseman Scott Rolen earlier in the summer. Following the Cardinals' loss to the San Francisco Giants in the 2002 NLCS, Wright singed a deal with the Seattle Mariners in free agency. 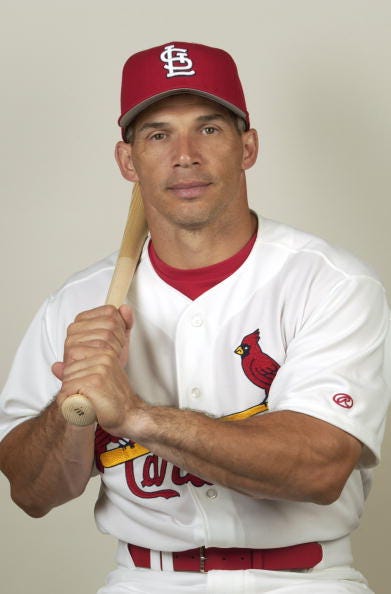 If you're having trouble getting used to the long-time New York Yankees' manager in a Philadelphia Phillies' uniform, Girardi in this shade of red may be even more jarring. Before becoming one of the most accomplished managers in baseball, Girardi had a 15-year career as a catcher, spending the bulk of his career with the Yankees, Chicago Cubs and Colorado Rockies. He even made an All-Star team with the Cubs in 2005. However, three years later, Girardi joined the Cubs' heated rivals. His time in St. Louis wasn't memorable, though, as he played in only 16 games in his age-38 season. St. Louis proved to be the final stop of Girardi's playing career. 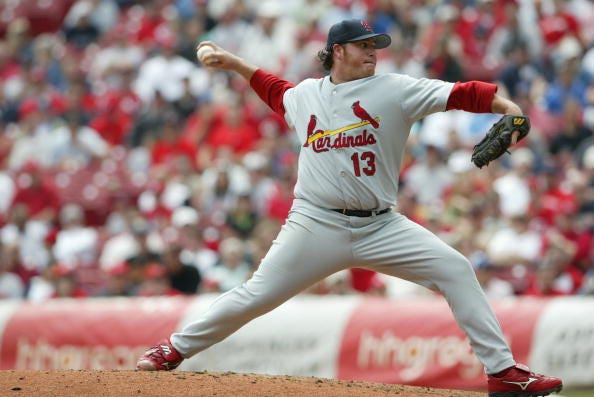 While Ponson is most associated with the parts of eight seasons that he spent with the Baltimore Orioles, the Cardinals signed him to a one-year deal ahead of the 2006 season. Unfortunately for the right-hander, he was designated for assignment in July after posting a 5.24 ERA in 14 games, 13 of which were starts. He caught on with the Yankees, a seemingly positive development. However, Ponson lasted just four games in the Bronx before being released. Meanwhile, the Cardinals, of course, would go on to win the World Series in 2006. 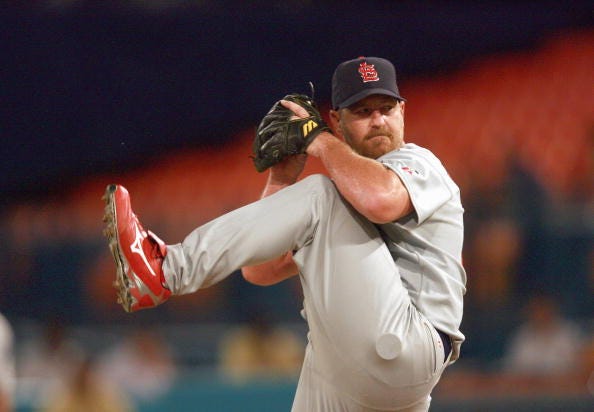 If you thought that Percival's stints in Detroit and Tampa Bay were forgettable, we raise you his time in St. Louis. Following a brief retirement, the former Anaheim Angels' closer signed with the Cardinals in June of 2007. In his age-37 season, Percival revived his career, posting a 1.80 ERA in 34 games. His success in St. Louis earned him a two-year/$8 million contract with the Rays, who would win the American League Pennant in 2008, his first season with the team.