What a difference a year makes.

Last December, Kyle Schwarber was non-tendered by the Chicago Cubs after posting a .701 OPS in the pandemic-shortened season. But after an All-Star season that he split between the Washington Nationals and Boston Red Sox, Schwarber is one of this offseason's most intriguing free agents.

We've projected that Schwarber will land a four-year/$65 million deal this offseason. Here are five potential destinations for the 28-year-old: 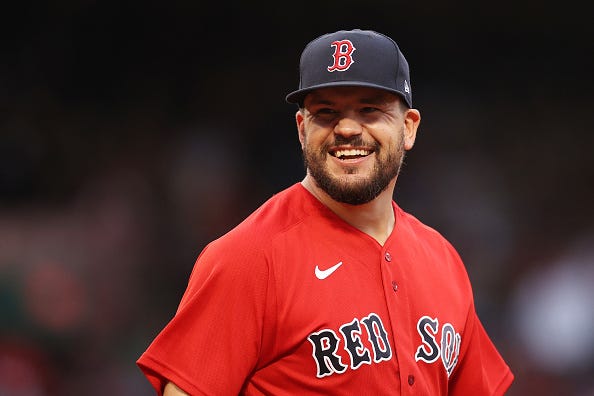 Schwarber revived his career in Washington, working with hitting coach Kevin Long. Long is now the Phillies hitting coach, which is a major reason why Audacy Sports MLB Insider Jon Heyman predicted that Schwarber will land in Philadelphia. Phillies president of baseball operations Dave Dombrowski recently told Jim Salisbury of NBC Sports Philadelphia that the Phillies are in search of a player who "can hit and drive in runs for us in the middle," adding that they would prefer for said player to be a left-handed hitter. That sounds a lot like Schwarber. 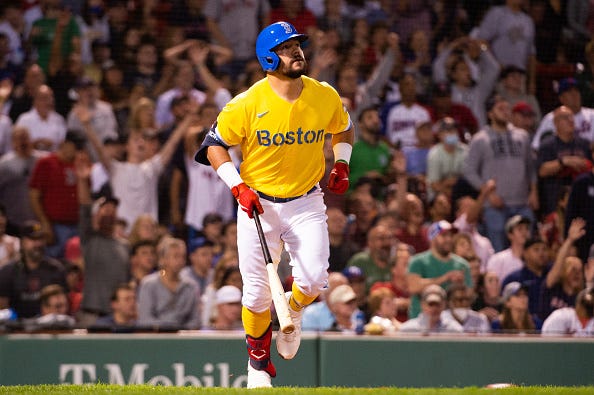 Schwarber almost certainly won't be option No. 1 in New York, but if Michael Conforto departs in free agency, the Mets will need to replace his presence in their lineup. They could pivot and sign Starling Marte, though it appears there will be quite a bit of competition for the offseason's top available center fielder. Schwarber wouldn't take over in right field for Conforto, but rather in left field for Dominic Smith, who struggled mightily in 2021. Smith could still be an option at DH -- where he's probably a better fit anyway -- assuming the rule comes to the National League as part of the new collective bargaining agreement. But after posting a .667 OPS in 2021, Smith's presence certainly wouldn't stop you from having interest in a clear upgrade in left field. 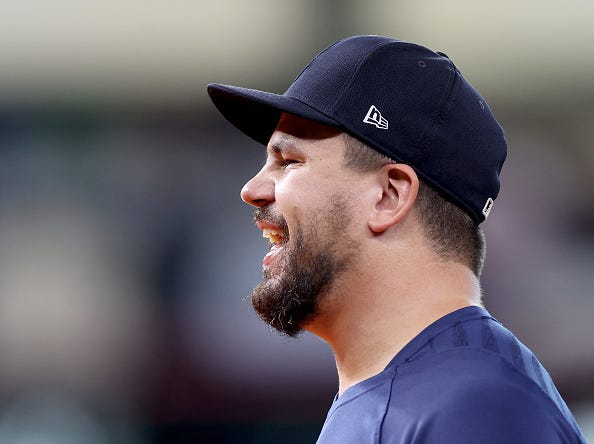 Schwarber was a bit of an odd fit defensively in Boston, and would likely have to be willing to play extensively at first base in 2022 to make a reunion work with the Red Sox. He has expressed an interest in remaining with the Red Sox, and could theoretically move to DH in 2023 with J.D. Martinez entering the final year of his contract. It should be noted that the Red Sox were not able to extend a qualifying offer to Schwarber because they traded for him during the 2021 season. That means if he departs in free agency, Boston will not receive any draft compensation. 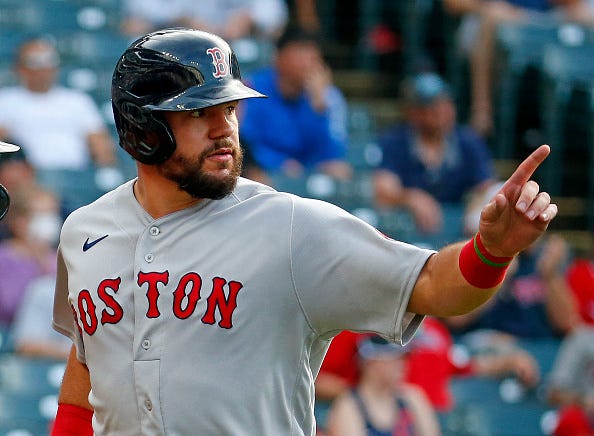 It's unclear if the Guardians will be willing to spend enough to ultimately land Schwarber, but Cleveland needs to upgrade in at least one corner outfield position this offseason. As they aim to catch the Chicago White Sox and fend off the Detroit Tigers in the American League Central, adding Schwarber to José Ramírez and Franmil Reyes would give Cleveland a pretty intimidating heart of the order. 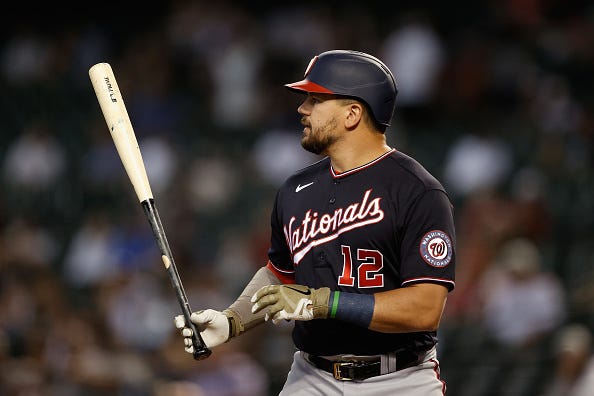 It's hard to make the case that the Nationals are going all-in to compete in 2022 when they traded Trea Turner to the Los Angeles Dodgers this past summer. However, Juan Soto can become a free agent after the 2024 season, and years of non-competitive teams could turn him off to signing long-term to remain in Washington. Bringing Schwarber back could amount to throwing a bone to Soto, even if the Nationals are unlikely to be a playoff team next season. Nationals general manager Mike Rizzo pretty clearly left the door open for a reunion with Schwarber when asked about it as the November GM meetings. 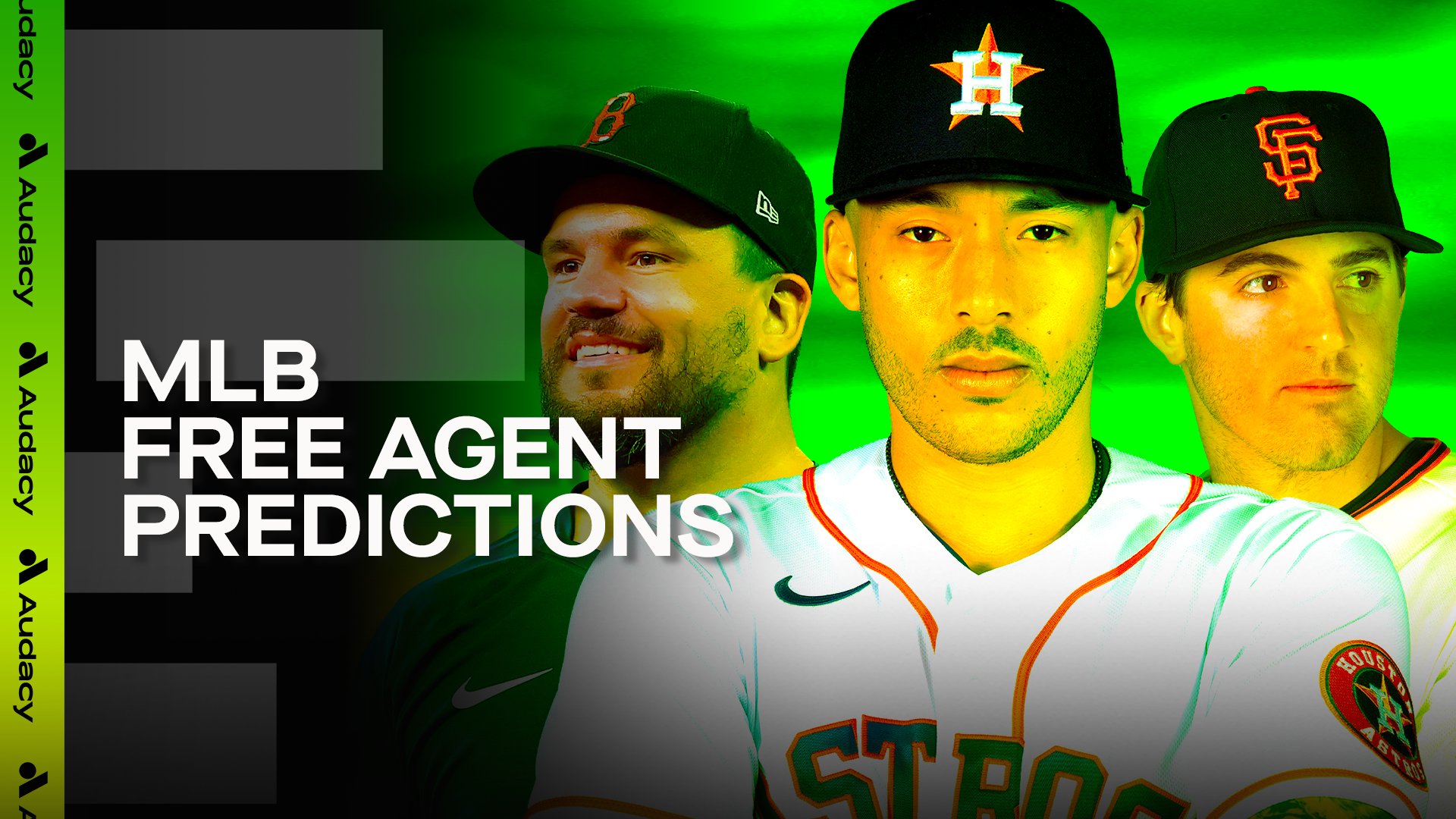