Despite one of the greatest on-paper offseasons in MLB history - general manager Matt Klentak called it "objectively great" - the Philadelphia Phillies won just 81 games in 2019.

The craziest part about what was perhaps the most disappointing season in franchise history is that the offseason's two biggest pickups - Bryce Harper and J.T. Realmuto - both had excellent 2019 seasons. Realmuto won both the National League Gold Glove Award and Silver Slugger Award at catcher. Harper was a Gold Glove Award finalist in right field and drove in a career-high 114 runs.

Andrew McCutchen, who was having a season worthy of All-Star consideration, suffered a season-ending ACL tear in early June. That came days after former All-Star center fielder Odubel Herrera was arrested for a domestic incident, which ultimately led to him being suspended for the remainder of the season. Hector Neris and Jose Alvarez were the only two members of the team's Opening Day bullpen that had healthy, productive 2019 campaigns. And, most importantly, each of Nick Pivetta, Zach Eflin and Vince Velasquez had to be moved to the bullpen at some point during the season, with none of the trio taking the step forward that the Phillies needed to contend.

After manager Gabe Kapler was fired, the Phillies hired former Florida Marlins/New York Yankees manager Joe Girardi to lead the team. While Girardi is a former World Series winner that was 200 games over .500 in his 10 years as Yankees skipper, it's going to take a lot more than a managerial change for the Phillies to return to the postseason for the first time since 2011.

Here are five transactions that the Phillies could make this winter as they look to compete in a highly-competitive National League East: 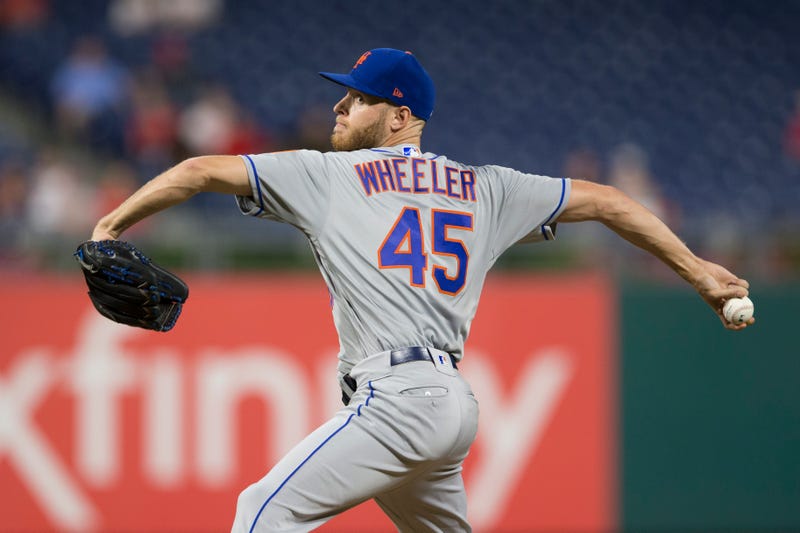 There's a legitimate debate to be had about whether the Phillies could seriously win the National League East in 2020 if they don't sign one of Gerrit Cole or Stephen Strasburg.

But, right now, there's no indication that they are serious contenders for either.

There's rumblings that Strasburg could re-sign with the division-rival Washington Nationals, the defending World Series Champions. The Los Angeles Angels and New York Yankees are seen as the favorites for Cole, with Jayson Stark of The Athletic adding that while the Phillies will "stay in the mix" for the 29-year-old, his price would likely have to drop in a Jake Arrieta-esque fashion for them to be serious competitors. Considering that Cole went 11-0 with a 1.79 ERA after the All-Star Break and that there are other motivated big-market contenders, there's no indication that his price will plummet in such a fashion.

So, the best second-tier option may be Zack Wheeler. In five seasons with the New York Mets, Wheeler has a 3.77 ERA and 3.71 FIP. He's flashed front-line potential at times, including going 9-1 with a 1.68 ERA in the second-half of the 2018 season. At 29, it's not hard to imagine a team convincing itself that Wheeler has a relatively high floor, and a ceiling as a front-of-the-rotation arm that he could still reach.

Wheeler won't be cheap - MLB Trade Rumors projects he'll land a five-year/$100 million deal in free agency. Given that the Mets issued a qualifying offer to Wheeler, the Phillies would have to relinquish their second-highest pick in the 2020 MLB Draft and lose $500,000 in international signing bonus pool money. But, the Phillies are desperate for above-average starting pitching and Wheeler, at a bare minimum, would provide that. 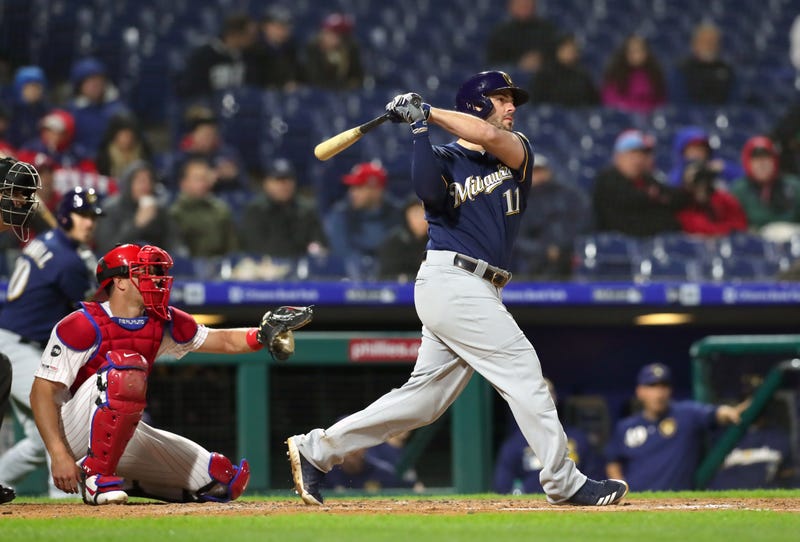 The Phillies have been rumored to be interested in Mike Moustakas. Photo credit (Hunter Martin/Getty Images)

Like starting pitching, there are bigger targets at third base, such as Anthony Rendon and Josh Donaldson. But Moustakas would be significantly cheaper, and leave the Phillies with money to upgrade elsewhere.

Moustakas, a former World Series Champion, has averaged nearly 34 home runs per season while playing for the Kansas City Royals and Milwaukee Brewers over the last three years. He would provide an upgrade at third base over Maikel Franco at least until No. 1 overall prospect Alec Bohm is ready to take over at the hot corner. Jim Salisbury of NBC Sports Philadelphia previously reported that the Phillies have touched base with Scott Boras regarding Moustakas.

There's some thought that Bohm won't ultimately stick at third base, though he hasn't been given the chance to sink or swim at the position at the major league level yet. There's also been speculation that he could be used to headline a trade this winter, and while that's not out of the question, Phillies icon Charlie Manuel said last summer that he thinks Bohm has 30-40 home run potential. Eventually, the Phillies need to churn out some controllable stars - not every player on the team can make $25 million.

If Bohm proves he's ready to take over at third base next summer, Moustakas did play 47 games at second base in 2019. Depending on how the rest of the infield shakes out this offseason, Moustakas could shift to open third base up for Bohm. MLB Trade Rumors projects he'll sign a two-year/$20 million deal in free agency this winter, meaning it wouldn't be difficult for the Phillies to move Moustakas if he becomes a luxury at any point in the deal. 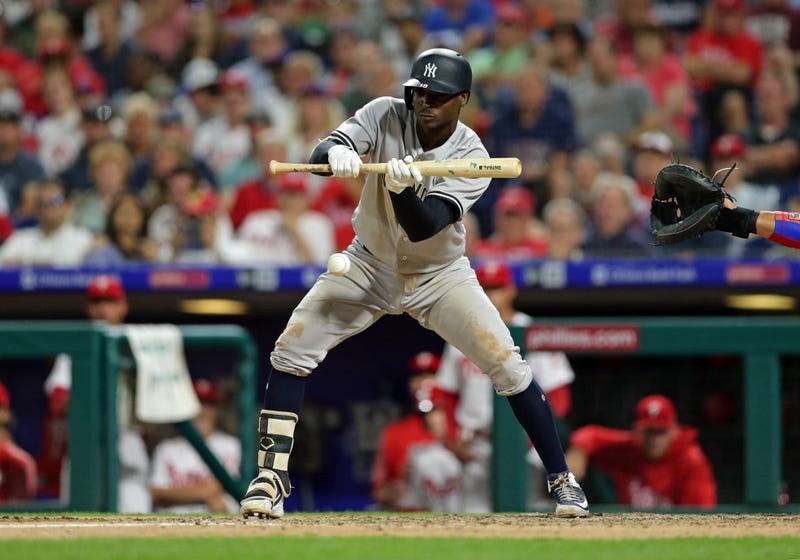 If the Phillies sign Moustakas, they probably won't be serious players in the Gregorius sweepstakes. But he would be a more ambitious addition.

Between 2016 and 2018, FanGraphs says that Gregorius was the seventh-best offensive shortstop in baseball. While he still hit 16 home runs and drove in 61 runs in 82 games in 2019, Gregorius never truly hit his stride after he returned from Tommy John Surgery. He hit just .238 with a .276 on-base percentage in 2019.

Still, at 29, there's reason to think that Gregorius will bounce back. The New York Yankees also elected not to issue him a qualifying offer, so the Phillies wouldn't have to give up any draft compensation to sign him, as they would in the case of options like Anthony Rendon and Josh Donaldson.

If the Phillies signed Gregorius, it would mean Jean Segura moves off of shortstop, something that Meghan Montemurro of The Athletic said the Phillies were considering in September. That would likely mean Segura would take over at second base, a position he was an All-Star at while playing with the Arizona Diamondbacks in 2016. Scott Kingery would then be free to play center field and/or third base, the two positions he spent the most time at in 2019.

MLB Trade Rumors projects that Gregorius will land a three-year/$42 million deal in free agency. From here, it would make sense for Gregorius to sign a one-year, prove-it deal like Donaldson did last winter or insist on an opt out in his deal that would allow him to become a free agent again next winter. But even if the Phillies only got Gregorius for a season, they would be a better organization for it. 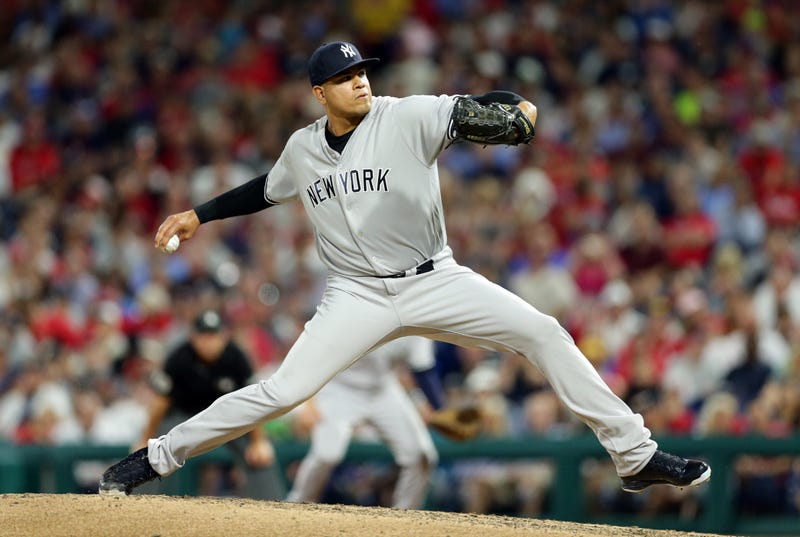 4. Add Juice To The Bullpen

At his introductory press conference, Joe Girardi was frank in his assessment of the Phillies bullpen, saying they needed to have much better luck with health in 2020 than they did this past season.

They also need to add some juice.

A healthy Seranthony Dominguez would definitely go a long way in adding some firepower to the Phillies bullpen. The 24-year-old was, at times, electric during his rookie season of 2018, posting a 2.93 ERA in 53 games. However, in 2019, he was limited to just 27 games, as he never returned after suffering a UCL injury in early June.

While Dominguez not returning alarmed some considering he didn't have Tommy John surgery, general manager Matt Klentak said earlier this month that Dominguez is fully healthy entering the offseason and should be ready to go for 2020.

While that's an extremely positive development, the Phillies can't stop there.

Free-agent reliever Dellin Betances was limited to just one game in 2019, but between 2014 and 2018, he was one of the best relievers in baseball for the New York Yankees. The Phillies may be hesitant to bet on a reliever coming off of an injury-riddled season, but the potential reward of getting a bounce back from Betances could be worth the risk.

After a disappointing 2019 season, there's some thought that the Oakland Athletics will either non-tender or trade Blake Treinen. As Phillies Nation's Jonny Heller has suggested, he's another intriguing option, because he's just two years removed from a historically-dominant 2018, when he posted a 0.78 ERA and 1.82 FIP in 68 games.

The division-rival Atlanta Braves have already re-signed Chris Martin and inked a deal with lefty Will Smith, who was arguably the best reliever on the market. Upgrading the starting rotation will be priority No. 1 this winter, but keeping up with the other teams in the division in terms of building a bullpen - especially if there's only so much that can be done to improve the starting rotation in one offseason - is an important No. 2 on the offseason agenda. 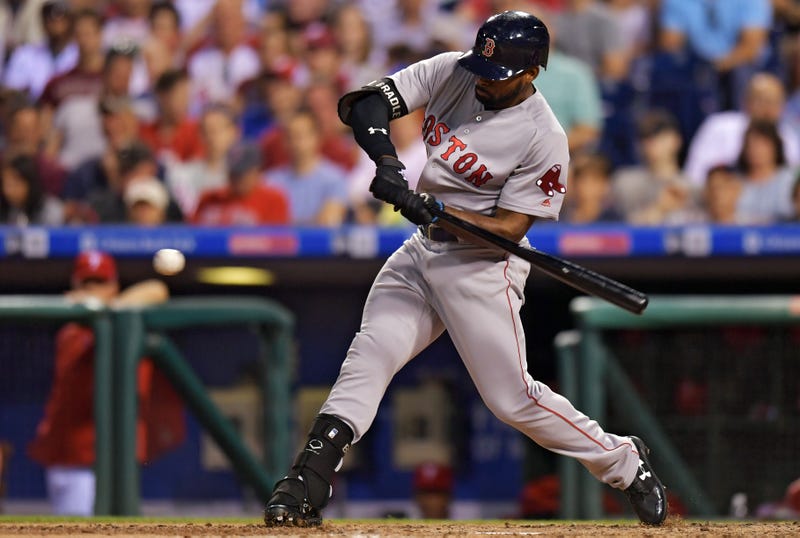 The Phillies have a lot of options in center field, and it's hard to know what to make of most of them.

Adam Haseley was productive in his rookie season, and even had five defensive runs saved in center field. Still, dating back to college there have been questions about whether he's better-geared to be a corner outfielder. It's also unclear if he has enough pop to start for a contending team.

Beyond moral questions about Odubel Herrera, he was hitting just .222 prior to his suspension. That came after he posted just a .622 OPS in the second half of 2018, a season where his defensive metrics drastically declined. No one really knows what Herrera, who will turn 28 in December, is as a baseball player at this stage.

Roman Quinn, while a tremendous weapon off the bench when healthy, has never stayed healthy for a prolonged stretch of time in his career. You can hope for a better result from a human perspective, but expecting it wouldn't be smart.

What we do know in center field is that Andrew McCutchen is not a legitimate option to play there except in a pinch. He's 33, coming off of a torn ACL and has -45 defensive runs saved at the position since the start of the 2016 season. The Phillies need McCutchen at the top of their lineup in 2020, and the best way to assure he remains healthy and productive is to play him in left field, which is a relatively low stress position at Citizens Bank Park.

External options capable of playing center field are limited. Jarrod Dyson, Brett Gardner and Cameron Maybin are the top available free-agent options, and it's fair to ask how much any of them would move the needle. The Phillies could trade for Boston Red Sox center fielder Jackie Bradley Jr. and hope that he has a defensive bounce back away from Fenway Park, but his bat has been hit-or-miss throughout his career. Pittsburgh Pirates outfielder Starling Marte would be a very intriguing trade candidate from an offensive sense, though he posted a career-worst -9 defensive runs saved in 2019.

The guess here is that Scott Kingery will be the Phillies Opening Day center fielder in 2020, flanked by McCutchen in left field and Bryce Harper in right field. Haseley could be the team's fourth outfielder or used as part of a trade to acquire pitching in this scenario.

It's true, you aren't going to have a star player at every position. But the Phillies enter this offseason a far cry away from where they were in 2007, when they employed Aaron Rowand, Shane Victorino and Michael Bourn, three above-average center field options.