Walking through the plaque gallery at the National Baseball Hall of Fame fills baseball fans with a feeling unlike any other. There's so much history, so much nostalgia, and so much pure greatness flowing from the hundreds of plaques that line the walls of the magnificent showcase. You can reminisce on your childhood heroes, gawk at the lofty statistics of the game's all-time greats, and even touch the plaques of your favorites (though you're not supposed to).

Thus, it's all the more disappointing when you see a plaque of a Hall of Famer that just doesn't quite fit in with the rest.

This is the Hall of Fame. The most exclusive Hall of Fame of any of the major sports. According to the Hall of Fame's website, only 235 of the 19,000-plus players to step foot onto a Major League diamond are enshrined, for about a 1% induction rate. And even still, the Hall feels a little too generous in who it lets in. Not everyone can be a Babe Ruth, a Hank Aaron, a Cy Young or a Ken Griffey Jr.

But these five guys, among others, just don't feel like they boast the same greatness as the majority of the other members. It feels a little like the "Hall of Very Good" when you look at these players' accomplishments in comparison to some of the legendary figures at the same position. And though they're not going to be removed from the Hall of Fame and replaced, the presence of these five guys should mean that a much more deserving group of five is in the Hall, as well. 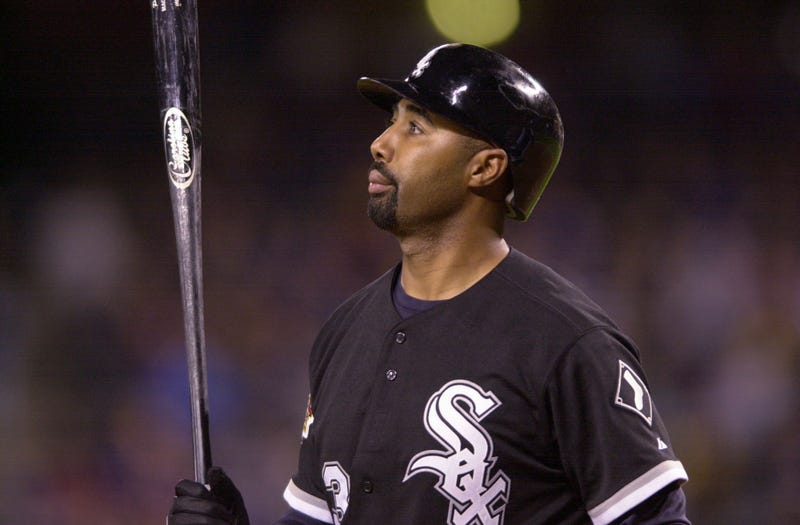 Harold Baines' career was consistent, but it's hard to deny Dale Murphy's entrance once Baines got the nod. Photo credit (Otto Greule/ALLSPORT)

Baines seems like a prime candidate for the Hall of Very Good. I feel that career longevity is an important factor, but peaks of pure dominance and certain counting numbers also heavily influence my thought process when evaluating a player's career. Baines' counting numbers are almost there, with 2,866 career hits and 384 HR to go along with a solid .289/.356/.465 slash line. But when you play for 22 years and never post numbers that truly pop out -- and never lead the league in any counting stat, not even once -- it's a little hard to justify a Hall of Fame selection. His BBWAA ballot voting numbers are rightly underwhelming, as the highest vote he ever received was just 6.1%, and he was off the ballot a year later.

Who should be in: Dale Murphy

This is an argument that has many, many enthusiastic supporters, specifically from Braves fans and lifelong fantasy (or rotisserie) baseball players. A brief glimpse at his career accolades make you understand why: two MVP awards (which Baines never won), seven All Star selections (to Baines' six), four Silver Sluggers (to Baines' one) and five Gold Gloves (to Baines' zero). Murphy's WAR is also considerably higher than Baines' and other Hall of Famers' WARs. Murphy's counting stats are a little underwhelming as a whole, but he has more career home runs than Baines in less playing time and led the league in HR (twice), RBI (twice), runs (once) and proved that he was one of the prolific power-hitting outfielders of the 80s. I don't think anyone would call Baines' production prolific. 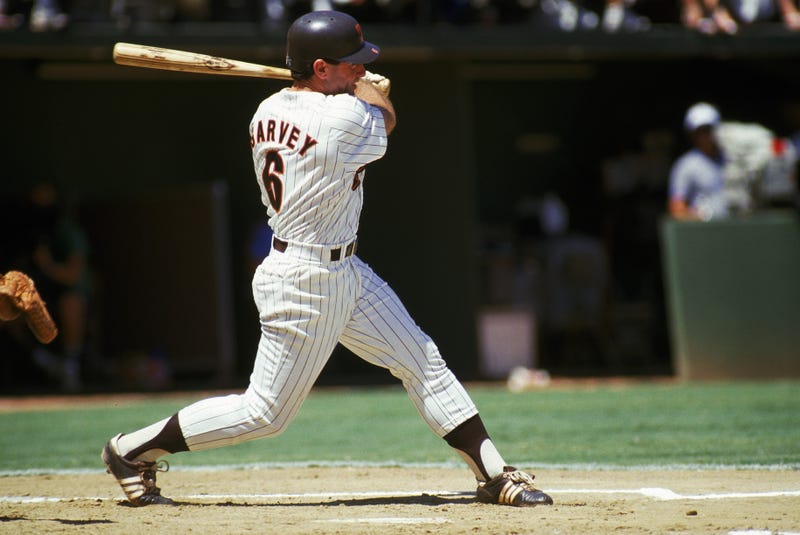 Steve Garvey was as reliable a hitter as you could find in the 1980s. Photo credit (Stephen Dunn/Getty Images)

Kell earned 10 All Star selections in his big league career which is undeniably impressive. He was a very difficult guy to strike out and was capable of providing extra-base pop, leading the league in doubles twice (in the same years that he also led in hits). But outright dominance? I don't really see it, other than the short span from 1949-1951 when he was at his peak. He was never a power hitter, topping 10 home runs only once in a season. His fielding was rather unremarkable (dWAR of 1.6 in his career). His OPS never broke .900. And his career WAR of 37.6 is 584th among all Major Leaguers, which continues the chain of underwhelming stats.

Who should be in: Steve Garvey

How about another guy known for his consistent hitting with 10 All Star selections, but with more accolades to boot? Garvey also earned an MVP award in 1974, the first year of a seven-season stretch in which he averaged over 200 hits per year. That type of consistent dominance on the offensive side of the game was matched with four consecutive Gold Gloves at first base, though his dWAR doesn't necessarily indicate that he was deserving of these awards (I admittedly never had a chance to watch Garvey in action enough to know if he should have gotten these awards). If you want the postseason success that you're missing from Kell's career, Garvey also won a World Series ring and was a two-time NLCS MVP with a career .338 postseason average (.319 in the World Series). Garvey lasted for all 15 years on the BBWAA ballot, but never received more than the 41.6% vote that he got in his first year of eligibility. 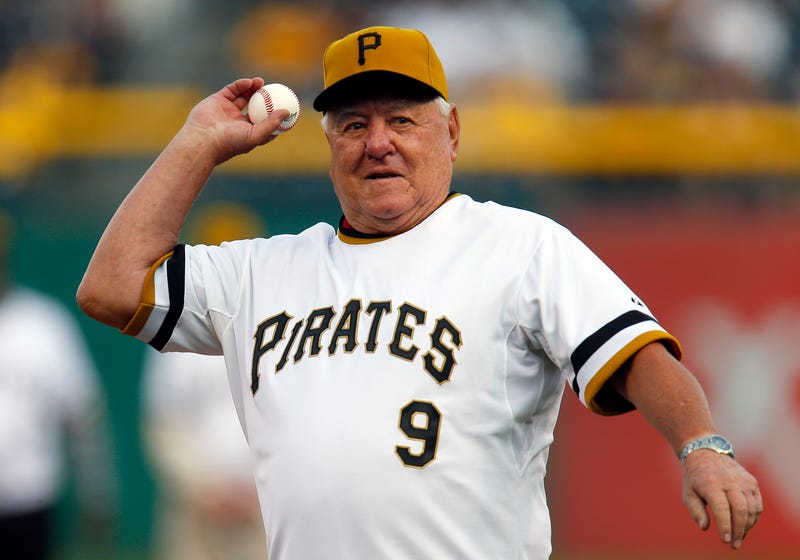 Bill Mazeroski's 1960 walk-off home run may have been a huge factor in his Hall of Fame induction. Photo credit (Justin K. Aller/Getty Images)

Is one home run enough to get you in the Hall of Fame? Evidently not, as Bobby Thomson's "Shot Heard 'Round the World" didn't seal the deal for him. That said, Mazeroski's came in the bottom of the ninth inning in a World Series Game 7; the stage doesn't get any bigger than that. Mazeroski may not have been as good a hitter as Thomson overall, either, but eight Gold Gloves and some solid if unspectacular offensive production was enough to make Mazeroski the face of National League second basemen in the 60s. However, a .260 career average with mediocre power even acknowledging his Forbes Field home (.367 slugging percentage) put him 618th on the career WAR leaderboards.

Who should be in: Lou Whitaker

Instead of the face of NL second basemen in the 60s, let's put in the face of AL second basemen in the 80s. Sweet Lou's career WAR (75.1) is a top-80 figure of all time and literally doubles Mazeroski's... and then some. After Alan Trammell was inducted in the Class of 2018, the conversation about Whitaker's candidacy rose to new highs, and it's only right that the other half of that famous double-play duo should be enshrined as well (why else are Tinker, Evers and Chance in the Hall?). But Lou provided pop, too, with four Silver Slugger awards and nearly 250 career round trippers to go along with solid speed, great run-scoring production and more career walks than strikeouts. 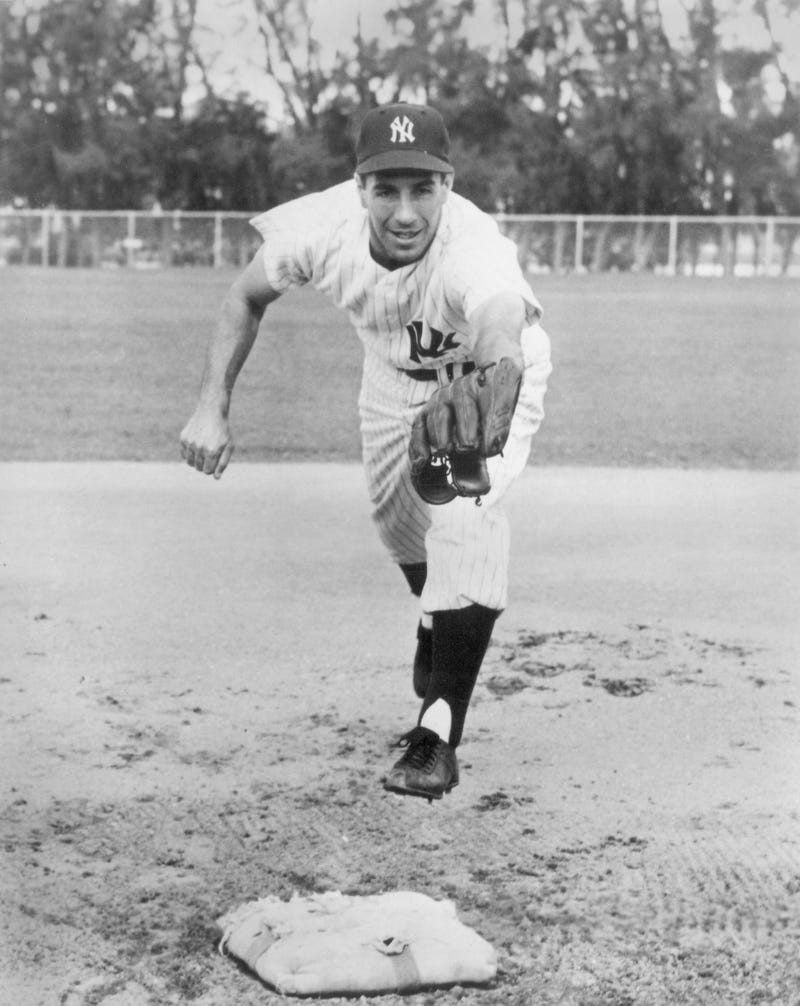 Phil Rizzuto may have been the beneficiary of playing for such phenomenal teams. Photo credit (Bruce Bennett Studios/Getty Images)

So many of the Yankees Hall of Famers make me raise one eyebrow, wondering if it was the value of the player itself or the success of the team he played for that really bolstered his Hall of Fame candidacy. In the case of Phil Rizzuto -- which automatically draws to mind Billy Madison's epic failure in learning cursive -- it really seemed like the latter. Sure, he lost a three-year chunk of his career to military service, and he very well could have hit his peak in those years and significantly boosted the rest of his career numbers, similarly to Hank Greenberg or Ted Williams. But Rizzuto's MVP Award and five All Star nominations really seem to stem from the success of the Yankees, a team which netted seven World Series rings during Rizzuto's career. Rizzuto is smushed in between Gary Gaetti and Placido Polanco on the career WAR list, and neither of those guys were ever even considered realistic chances for Cooperstown.

Who should be in: Omar Vizquel

To be honest, I don't think Omar Vizquel should be in the Hall of Fame to begin with. But if Rizzuto is in, I think you have to put in Vizquel by default. He was "very good" on offense, coming up just short of 3,000 hits (which would have made him a shoo-in) and swiping over 400 bases. He was Hall of Fame-caliber on defense, picking up 11 Gold Glove awards and ranking very highly in the less-common fielding counting stats (first in career double plays turned at SS, for example). Only seven other players in MLB history have a career oWAR and dWar that both exceed 29, and they're all in the Hall of Fame. It seems that Vizquel will get in at some point based on his current trajectory, as he tallied a 52.6% vote in his third year of eligibility in 2020. 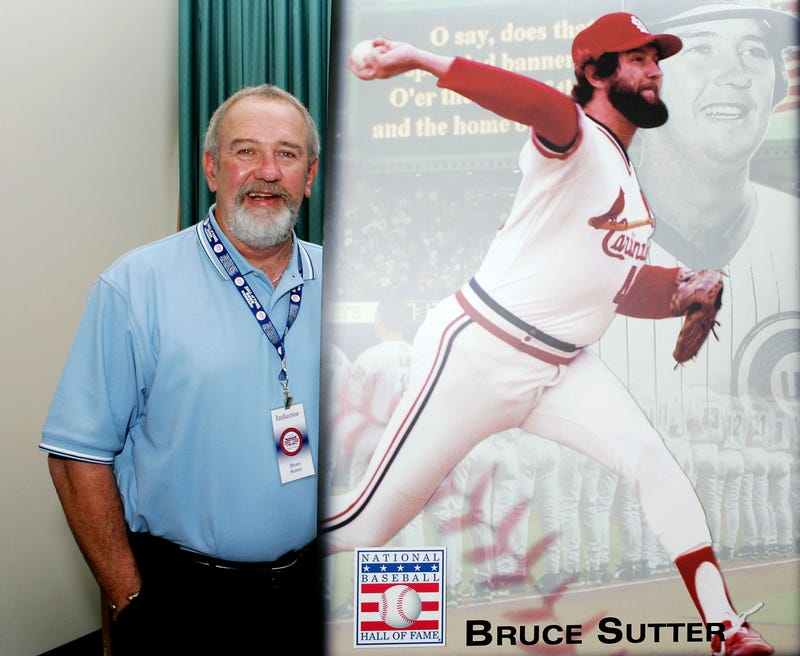 Bruce Sutter was inducted in 2006 as the only MLB player in a class that included several Negro League pioneers. Photo credit (Jim McIsaac/Getty Images)

This one is a little bit easier to say in hindsight, seeing as Mariano Rivera and Trevor Hoffman reset the standard of a Hall of Fame closer and made guys like Sutter, Goose Gossage and Rollie Fingers seem a little less obvious as Hall of Fame choices. Still, Sutter never had a completely unhittable season like either of his aforementioned counterparts (Gossage's 0.77 ERA in 1981; Fingers' 1.04 ERA in 1981) and was the most short-lived of the three. His career WAR of 24.5 is the lowest of all Hall of Fame pitchers, only just beating out Babe Ruth's pitching WAR of 20.4.

Who should be in: Curt Schilling

Say what you will about his off-field persona; it's definitely a factor that many voters have cited as a reason they're keeping him out of the Hall of Fame, for now. But based on only his pitching numbers, it's miraculous that he's lasted this long outside of Cooperstown. Pitchers he's accumulated a higher WAR than include Tom Glavine, Don Sutton, John Smoltz, Roy Halladay, Juan Marichal and several other Hall of Famers. He has 3,000 strikeouts, which is usually the standard for a Hall of Fame pitcher (with the exception of Schilling and Roger Clemens, who is not yet in the Hall for obvious reasons). He has postseason success, with three rings, a World Series MVP and an NLCS MVP. And if not for his controversial views and personality, it would be otherwise unacceptable for him not to be enshrined at this point. 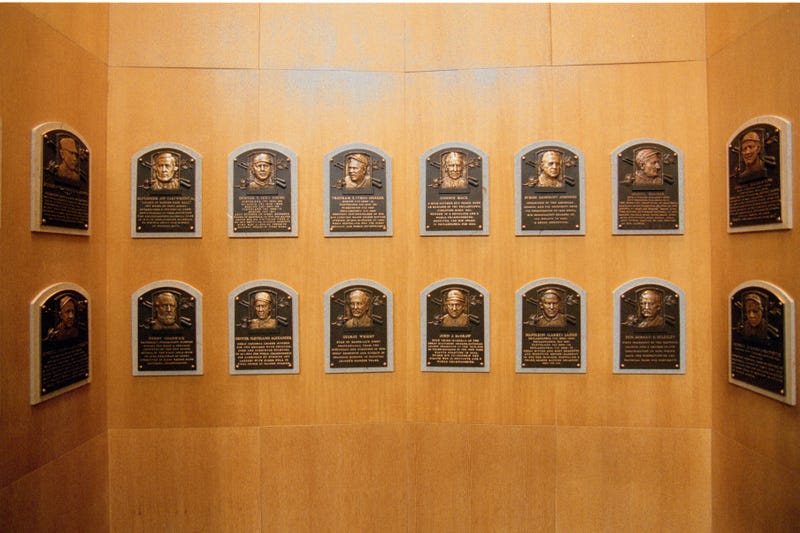 A view of one section of the Baseball Hall of Fame's plaque gallery. Photo credit (Ezra O. Shaw /Allsport)

Other Undeserving Hall of Famers and Their Should-Be Replacements