Watch our Audacy Live with BTS
By Jordan Cohn, RADIO.COM

And that's what makes speculating and debating about the Hall of Fame candidacy of various MLB stars so much fun. For some players, there's no speculation needed. I can think of seven active players for which this is the case: Mike Trout, Albert Pujols, Miguel Cabrera, Justin Verlander and Clayton Kershaw are five easy ones, and Zack Greinke and Max Scherzer fit the bill after a few seconds of deliberation.. They're no-doubters, shoo-ins, home-run candidates for the Hall, if you will.

According to the Jaffe WAR Score system (JAWS), Trout slots in right between Mickey Mantle and Ken Griffey in terms of his Hall of Fame likelihood among center fielders, and he's still got plenty of time left to go. Pujols ranks second among first basemen, trailing only Lou Gehrig, while Miggy ranks above names like Willie McCovey and non-Hall of Famer Rafael Palmeiro, whose steroid usage derailed his chances despite statistics that were more than enough to get him in.

Verlander's JAWS (60.9) ranks just below the average Hall of Fame starter's (61.6), though his achievement of 3,000 career strikeouts historically means he's in — Roger Clemens or Curt Schilling are exceptions to that rule for obvious reasons. Kershaw and Greinke have similar JAWS figures, well above several Hall of Famers, and both have room to grow. Kershaw has won an MVP award, a World Series ring, a pitching triple crown, three Cy Young awards and is only entering his age-33 season. Greinke still seems to have some juice left in that arm of his and could easily get to 3,000 strikeouts. The same goes for Scherzer, who is lower down on the JAWS list but has peak dominance that has rarely been matched, and he should have enough hardware on his side even if his counting numbers are a little low.

#Nationals Max Scherzer has five seasons with at least 240 strikeouts and a sub-1.000 WHIP. No other pitcher in history has more than three, every pitcher with exactly three — Tim Keefe, Walter Johnson, Sandy Koufax, and Pedro Martinez — is in the National Baseball Hall of Fame.

Outside of those seven names, I don't see anyone still playing as an absolute lock. The list of players below are ones who I think have a legitimate argument however, seeing as they are at or near a number of required achievements and are close to the end of their playing days. Who I'm not going to include are stars like Mookie Betts, Bryce Harper and Jacob deGrom, seeing as they may be on a Hall of Fame trajectory, but it's too hard to say that they are undoubtedly set for Cooperstown in the unlikely event that their careers suddenly hit a wall.

No, the six names below are players who probably won't add much more, if any, to their career stat lines and could stir up some debate when they eventually find themselves on the BBWAA ballot down the road. But which of them will get in? Could it be all? Could it be none? That's the fun of it.

All stats retrieved from Baseball Reference. Number in parentheses next to JAWS shows where player ranks all-time at his position. 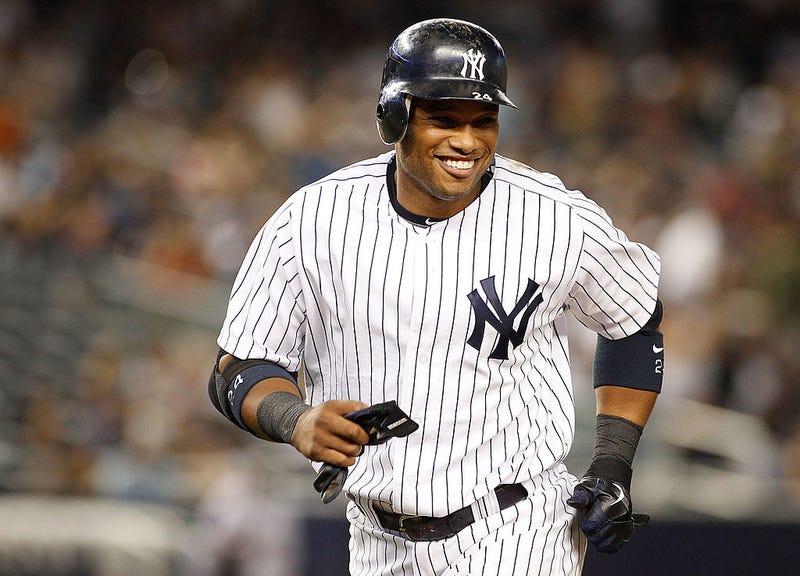 Though this list is sorted in alphabetical order by last name, it's also appropriate that Cano should come first so that we can get the easy one out of the way before all the rest. MLB writer Ken Rosenthal may have summed it up best after Cano was suspended for a full 162-game season after his second failed PED test.

Canó has ruined his good name and almost certainly can forget about election to the Hall of Fame, an honor that seemed likely before his first suspension and still might have been possible if he had not received his second.

And Rosenthal is right about the fact that the honor probably would have been his based on the numbers. After all, in terms of his JAWS, Cano sits above names like Ryne Sandberg, Roberto Alomar and Craig Biggio — all Hall of Famers — and could continue to build upon that case in a year. The only player with more home runs than him at the position is Jeff Kent (377), and Cano is the only second baseman with 300 home runs and a .300 career average. In fact, the 300 home run and .300 batting average club only holds 27 members, period.

The question becomes, then, if names like Alex Rodriguez, Barry Bonds and others eventually get in, on what basis should the BBWAA or Veterans Committee keep Cano out? Is it because he claimed that he'd "never do anything to cheat the rules of the game" of baseball, and then did it anyway... a second time? Should the steroid users get in some day, Cano's debate will finally be interesting.

Verdict (for now): No 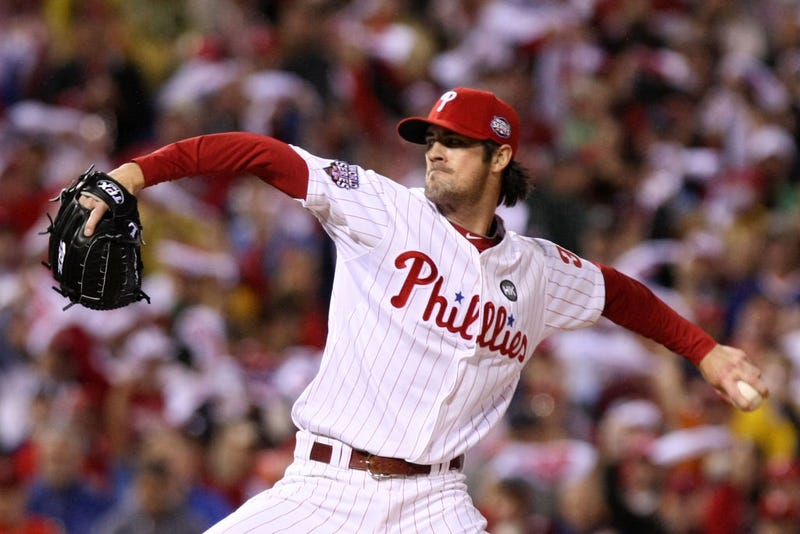 Here's a case where you really wonder if pitching wins should be used in evaluating pitchers at all, because that's the primary red flag statistic here. For instance, Hamels had a career-best 2.46 ERA in 2014. That season? A 9-9 record. The season before, with a respectable 3.26 FIP that ranked in the top 20 in the bigs, he went 8-14.

But there's the very real possibility that Hamels has thrown his last pitch in the majors — he's still a free agent, without much reported interest from teams around the league — and if that's the case, is his resume special enough, or is he in that David Cone realm of great-but-not-spectacular? JAWS puts Hamels fairly lower than Cone, actually, with pitchers like Chuck Finley and Orel Hershiser ranked around him.

One thing that may plague Hamels is that he never had that stretch of "unhittable" dominance that so many other Hall of Famers displayed. And unless he gets to 3,000 strikeouts, the likelihood of which is fading into oblivion with every passing day as a free agent, you have to be an optimist to view him as a Hall of Famer.

Verdict (for now): No 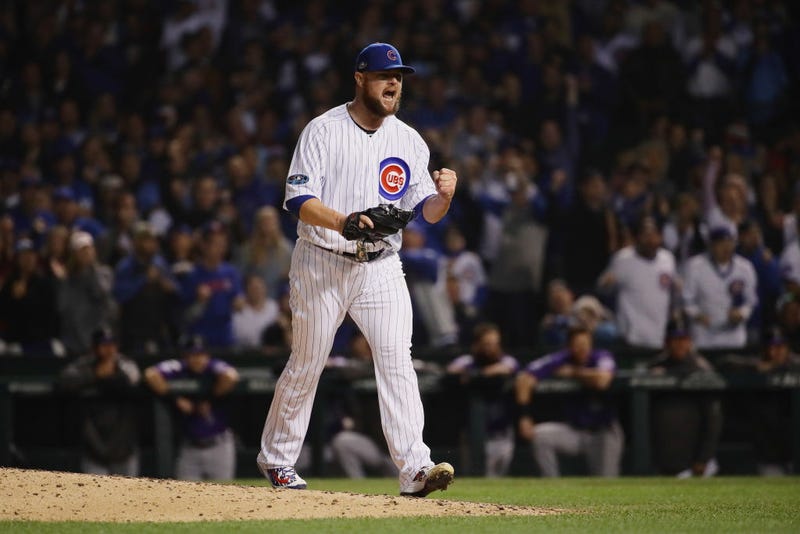 Jon Lester will reach 200 wins and 2,500 strikeouts in all likelihood. These aren't the golden boundaries that determine someone's Hall of Fame candidacy, but it's definitely a combination of achievements that means something. There are 32 pitchers in history that have crossed both of those thresholds, and 22 of them are Hall of Famers. The other 10 feature Roger Clemens, Curt Schilling, CC Sabathia, Justin Verlander and Zack Greinke — all of which have Hall of Fame numbers but are not in because they're not yet eligible or due to non-statistical reasons.

But there are also names like Mickey Lolich, Chuck Finley and Frank Tanana in that group, who seem like paragons of the Hall of Good-to-Very Good pitchers. Is that where Lester deserves to end up? His World Series rings and his strong overall postseason pitching, both in quality and quantity (9-7, 2.51 ERA in 22 starts), might give him a leg up.

Like Hamels, he never had a completely and utterly untouchable season, though Lester did finish in the top five in Cy Young voting on three separate occasions, including when he was the 2016 runner-up. Still, it feels like he's lacking that Hall of Fame ceiling that recent inductees reached.

If Lester retires today, he might not be a Hall of Famer. But if he joins the 200-win, 2,500-strikeout clubs, it becomes easier to see him join the Jack Morris branch of Hall of Fame pitchers.

Verdict (for now): Yes — after multiple years on BBWAA ballot, or Veterans Committee 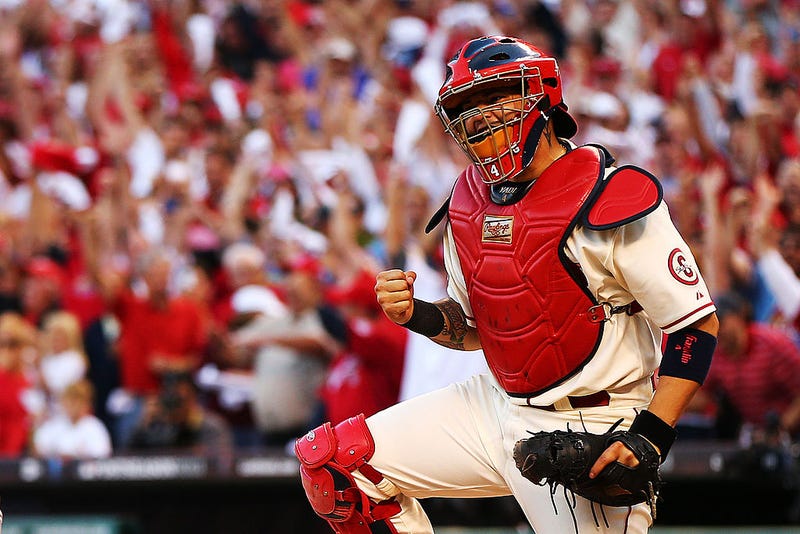 Yadier Molina has been the face of the St. Louis Cardinals for years. Photo credit (Elsa/Getty Images)

JAWS isn't too kind to Yadi, here. Jason Kendall? Darrell Porter? Jim Sundberg? They're all higher than Yadi on the list of JAWS leaders at the catcher position. But Kendall, Porter and Sundberg combine for 10 All-Star appearances, just one more than Yadi has earned in his career. And whereas Yadi has really been the face of his team for years and years, I don't believe that to be the case for many other catchers, period (except for the one below).

Yadi's defensive prowess is second-to... very few, seeing as Ivan Rodriguez, Gary Carter and Bob Boone are the only catchers with a higher dWAR than him, though Molina can easily supersede the latter two with even an average effort in 2021 and beyond. And with over 2,000 hits and a career average above .275 — a feat that only six other catchers (and four Hall of Famers) have achieved — he certainly has the offensive chops as well.

He'll build on that case over the next year and should have everything he needs to get in on a strong case, despite JAWS and other analytics viewing him a little less favorably. 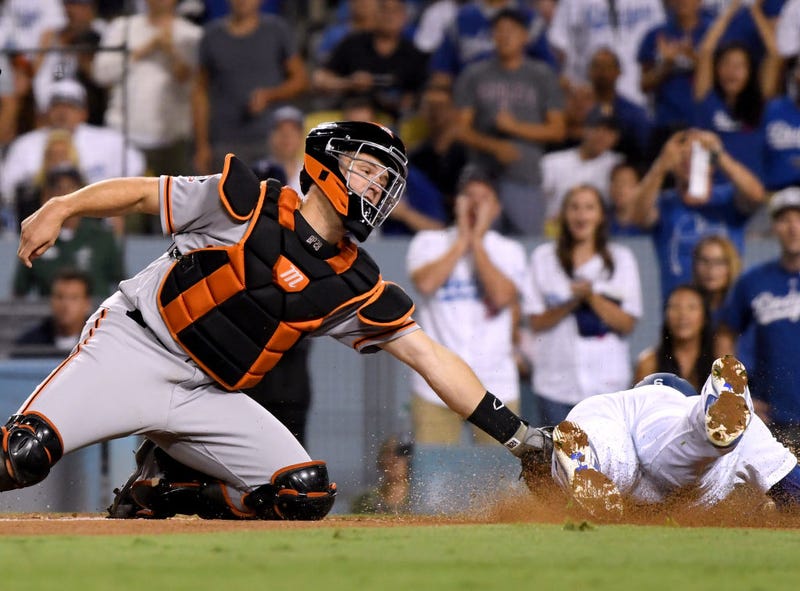 Without any context, you'd look at the counting stats and wonder how Posey has a legitimate case for the Hall of Fame. Then you look at the analytics and the JAWS listing — where he's higher than Molina despite recording over 2,500 fewer at-bats — and you can see where the basis of the argument is founded, namely an impressive WAR7 peak and a good amount of hardware. And then you look at the hardware, and that's a real big list.

The problem is, outside that peak, Posey doesn't have the longevity or the consistency that most Hall of Famers have. He definitely has more time to add to that resume, as he will be 34 years old for the 2021 season and should be healthy, if a little rusty, after opting out of the shortened 2020 campaign due to health concerns for his new twin babies.

No one is going to punish that decision-making from Posey, but even if he had added a handful of hits and home runs in a shortened season, it wouldn't add much to his overall numbers. This year is a big one for a lot of reasons, seeing as the last time we saw Posey he underwhelmed (.257/.320/.368) and he's in a potential contract year. If he continues on a similar trajectory, he won't ever be a lock, but everything he did at his peak as the face of a three-time World Series winner should be enough. 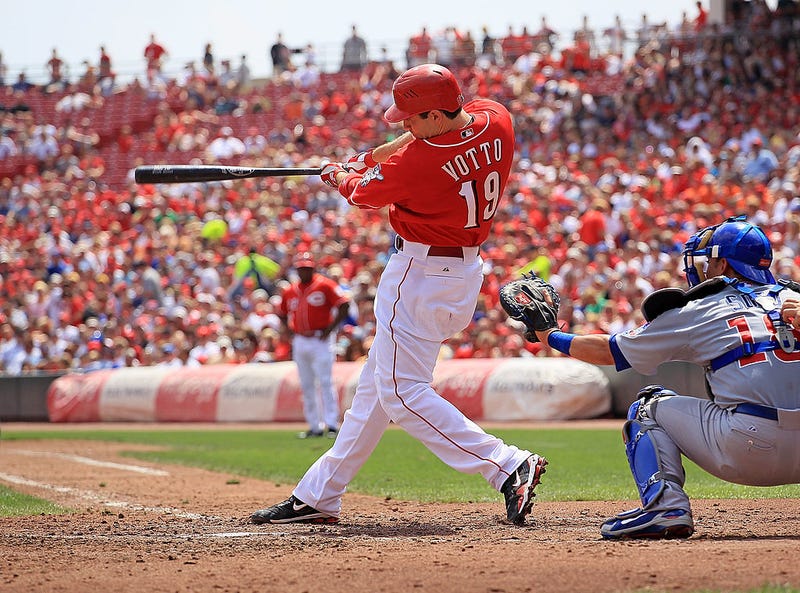 Getting on base is something that comes easily to Joey Votto. Photo credit (Andy Lyons/Getty Images)

A career .419 on-base percentage is ridiculous. It's a top-20 figure of all time, and it should be enough to get Votto in the Hall of Fame. The fact that he's in the top-15 first basemen of all time, in terms of JAWS, should also make him a lock. But due to the fact that he might finish his career with a close hit total, RBI total, run total, batting average and more to Keith Hernandez, we can't quite consider him a lock. He's also practically tied with Todd Helton in JAWS, though Votto should, A) keep adding to his case over the next couple of seasons and, B) doesn't have the Coors Field argument working against him.

Years ago, before on-base percentage and other metrics were given newfound importance in evaluating players, Votto might have had more trouble given his counting stats. I feel pretty comfortable saying that he's close to a lock as he currently stands, however, and playing for one team the whole way — even if it's a team that hasn't won a postseason series when he's been with them — doesn't hurt either.