It would be unfair to call Pittsburgh Pirates' righty Jameson Tallion a bust. However, it would be fair to assume that the Pirates would like a mulligan on the No. 2 overall pick in the 2010 MLB Draft.

With Manny Machado, Yasmani Grandal, Chris Sale and Christian Yelich among the future MLB stars still left on the board, the Pirates elected to take Tallion with the draft's second pick, a selection after the Washington Nationals took Bryce Harper.

Between the 2017 and 2018 seasons, it appeared that Tallion would pan out as a front-line major-league starter, as he was worth a combined 7.1 fWAR. Unfortunately, he posted a 4.10 ERA in seven starts in 2019 and eventually had Tommy John surgery in August of 2019. Not only did that end his 2019 season, but it put his chances of pitching at all in 2020 in doubt as well.

There's a very real chance that Tallion will be 29 the next time he takes the mound in a major-league game. There's still plenty of time for him to pan out, but his chances of topping - or even approaching - the career success of the quartet mentioned above seem slim.

While we're careful not to refer to Tallion as a bust, these eight - at least to this point - do fall into that category as some of the least successful MLB Draft selections of the last decade: 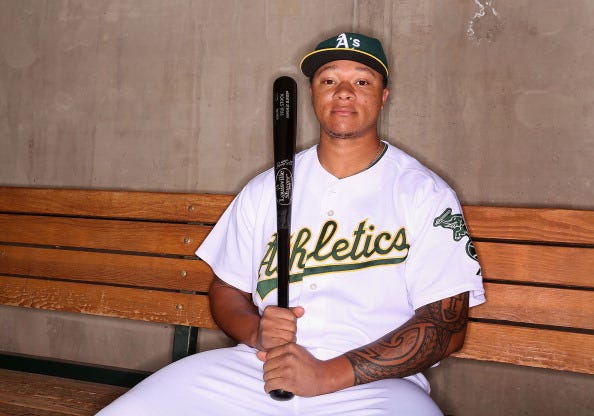 The A's used the No. 10 overall pick in one of the deeper drafts in MLB history on Choice, who played in just nine games at the major league level for Oakland before he was shipped to the Rangers in a December 2013 trade.

Choice saw his most extended major-league action to date in 2014, slashing just .182/.250/.320 in 253 at-bats for the Rangers. He's since had stints in multiple organizations; the Cleveland Indians, Baltimore Orioles and Milwaukee Brewers. He also spent times in the Korea Baseball Organization and Mexican League. Currently, he's in the Colorado Rockies organization. 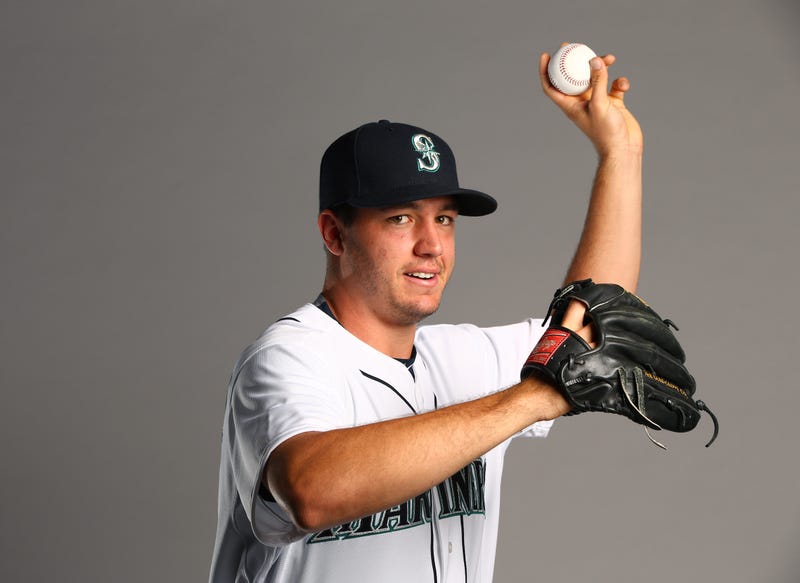 Wedged in between the Pittsburgh Pirates selecting Gerrit Cole and the Cleveland Indians nabbing Trevor Bauer was the Seattle Mariners using the No. 2 overall pick in the 2011 MLB Draft on Hultzen.

After a decorated college career at Virginia, the lefty was crushed by injuries between 2013 and 2016. He elected not to pitch at all in 2017. The selection proved to be disastrous for a Mariners team that could have otherwise selected Bauer, Anthony Rendon, Francisco Lindor or Javier Baez, all of whom were taken within the top 10 picks of the 2011 MLB Draft.

Hultzen did make his major-league debut and appear in six games for the Chicago Cubs in 2019 and remains in their organization after posting a 1.26 ERA in 14 games at Triple-A a season ago. Perhaps all isn't lost from the perspective of Hultzen's career, but he was an unsuccessful pick for the Mariners. 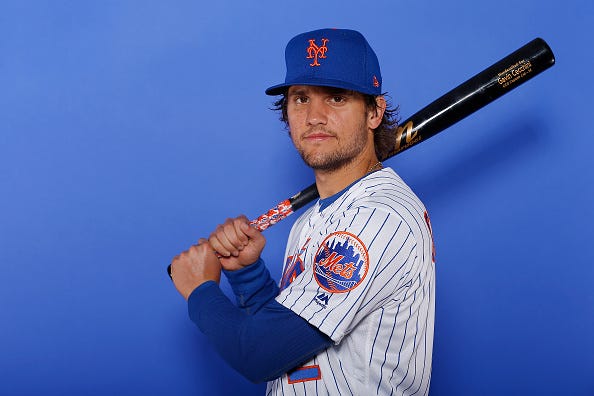 Cecchini is 26 years old, and not only is he no longer employed by the New York Mets, but at the time of this writing, he's not with an organization at all.

Cecchini was taken with the No. 12 overall pick in the 2012 MLB Draft. He did reach the major leagues in 2016, but the infielder hit just .217 in 83 at-bats between 2016 and 2017. The Mets elected not to retain Cecchini after the 2019 season. He signed a minor-league deal with the Arizona Diamondbacks before 2020 spring training, but was released in May.

Within the next 10 selections after Cecchini, Lucas Giolito, Corey Seager and Marcus Stroman were all picked. 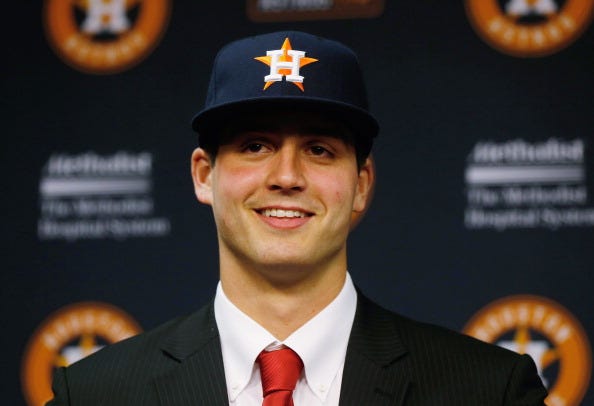 Three different teams invested a ton of resources in Appel, and got next-to-no payoff.

Appel was the No. 8 overall pick by the Pittsburgh Pirates in the 2012 MLB Draft, but ultimately didn't sign with the team and elected to return to Stanford University for another season. Following 14 dominant starts at Stanford, Appel's hometown Houston Astros used the No. 1 overall pick on him in the 2013 MLB Draft. He signed, but struggled mightily in their system before being traded to the Philadelphia Phillies as part of the Ken Giles trade in December of 2016. Appel was underwhelming for parts of two seasons at the Triple-A level and never reached the major league level.

Appel walked away from baseball in February of 2018. Technically, he could still return to the Phillies, but there's no evidence that the 28-year-old, twice a top-10 pick, will ever play baseball again. 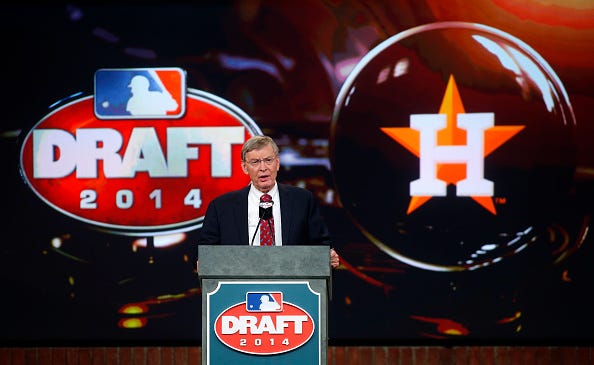 For all the success the Astros had during the 2010s with building a mini-dynasty by drafting George Springer, Carlos Correa and Alex Bregman in the first round, Jeff Luhnow and company didn't hit on all of their first-round picks.

In addition to Appel in 2013, the Astros used their second consecutive No. 1 overall pick on Brady Aiken in 2014. Aiken, selected before Kyle Schwarber, Aaron Nola, Michael Conforto and Trea Turner, was never able to reach a deal to sign with the Astros. Instead, he went to IMG Academy for a year, but spent much of that recovering from the Tommy John surgery he had in March of 2015.

Even after his surgery, the Cleveland Indians used their first-round pick in 2017 - the 17th overall selection - on Aiken. The lefty didn't pitch in 2018 after a rough introduction to professional baseball in 2017. He made just two appearances at Single-A in 2019 and gave up three runs in 2/3 of an inning. Still only 23, Aiken is again away from baseball and evaluating his future. 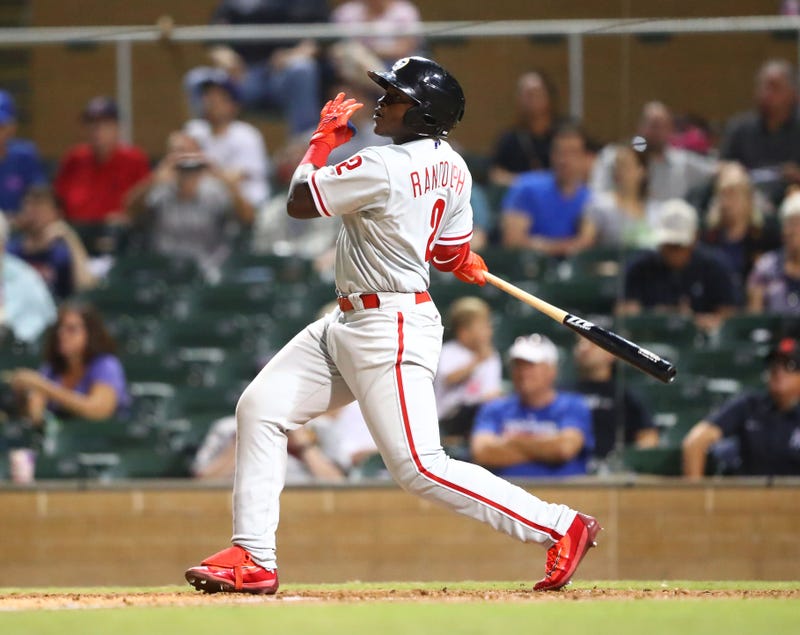 The Phillies bet on Randolph's tremendous raw power in the 2015 MLB Draft, and to this point, have lost that bet.

In a division where Ronald Acuna Jr. and Juan Soto have emerged as Hall of Fame-caliber outfielders, Randolph, older than both, hasn't advanced beyond Double-A. He did homer 10 times and drive in 44 runs a season ago, but he also hit only .247 and struck out 102 times in just 348 at-bats.

A year after picking Randolph, the Phillies used the No. 1 overall pick on outfielder Mickey Moniak. Granted, they were strategic in taking Moniak in a weak draft and ultimately signing him for less than the slot value so they could spend more on subsequent picks. Still, while it's not fair to write off the 22-year-old just yet, he appears most likely to just be major-league depth. 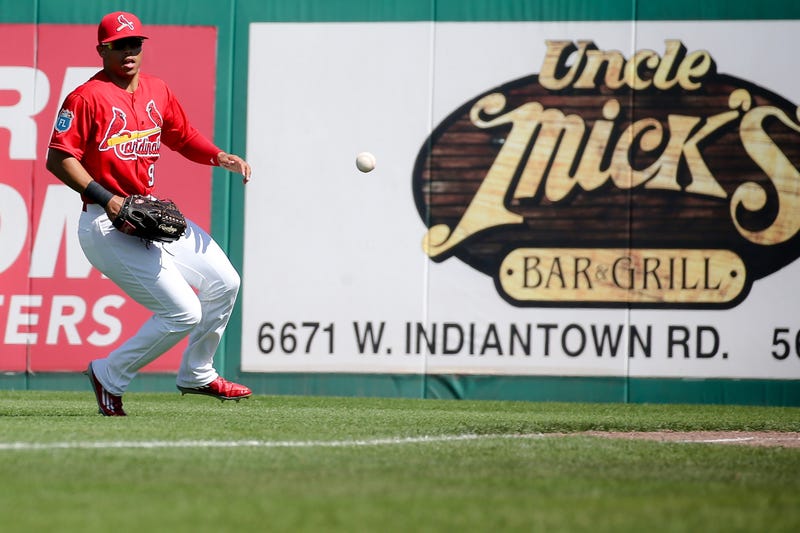 A popular debate had in baseball circles since the 2019 season concluded has been whether you would rather build your starting rotation around St. Louis Cardinals' righty Jack Flaherty or Los Angeles Dodgers' righty Walker Buehler.

Here's the thing, the Cardinals could have had both. With the No. 23 pick in the 2015 MLB Draft, they selected outfielder Nick Plummer, one spot before the Dodgers grabbed Buehler, who already has an All-Star appearance on his resume. 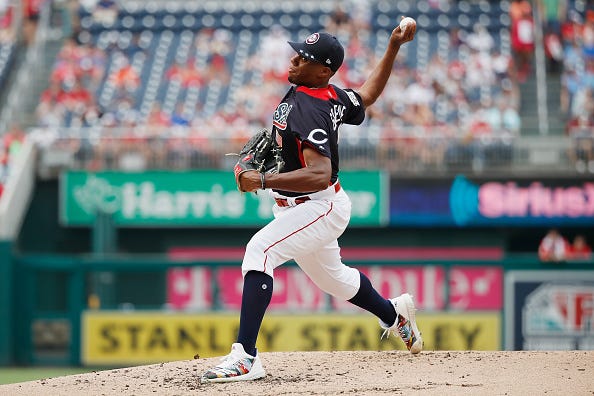 If you think that it's too only too call someone from the 2017 MLB Draft class a bust, perhaps you're right. Still, the Reds appear to have made an era-defining mistake when they picked Greene with the No. 2 overall pick in 2017, one spot ahead of MacKenzie Gore.

In 21 starts in the Reds' minor-league system between 2017 and 2018, Greene has a 4.95 ERA. Greene missed the entirety of the 2019 season after having Tommy John surgery, and now it appears overwhelmingly likely that the 2020 minor-league season will be cancelled.

Meanwhile, MLB Pipeline says that Gore is the No. 5 overall prospect in baseball, with their scouting report saying that the addition of strong secondary pitches should make the 21-year-old a future ace for the San Diego Padres.