If there are any figures that have lived more interesting baseball lives than Houston Astros manager Dusty Baker, you can probably count them on one hand.

Baker had a 19-year playing career as an outfielder, making two All-Star teams during a career that saw him play for four different franchises. He's now managing his fifth team, and the three-time Manager of the Year is currently 12th in Major League history with 1,987 career wins.

With Baker back in the world series for the first time in nearly two decades, here's a look at the incredible list of baseball figures that Baker has crossed paths with at some point: 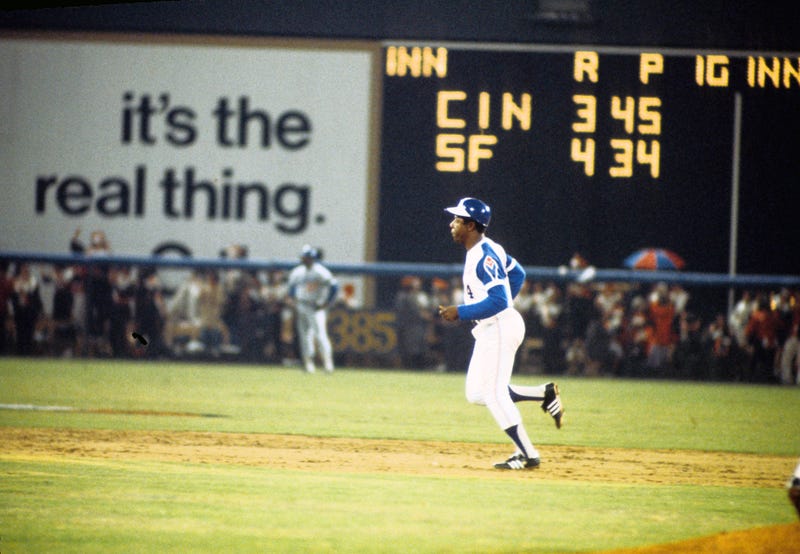 Baker spent parts of eight seasons with the Braves, peaking individually in 1972 when he slashed .321/.383/.504. Most notably, Baker was in the on-deck circle when Henry Aaron passed Babe Ruth with his 715th home run on April 8, 1974, becoming baseball's new Home Run King. 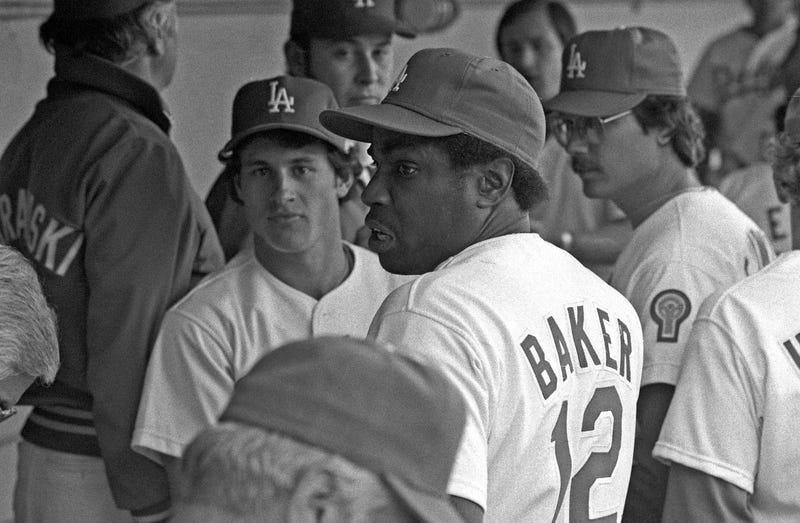 As a member of the Dodgers, Baker made two All-Star Game appearances, won two Silver Slugger Awards, one Gold Glove Award and finished fourth in National League MVP voting in 1980. Baker won his lone World Series title as a player in 1981 with the Dodgers. 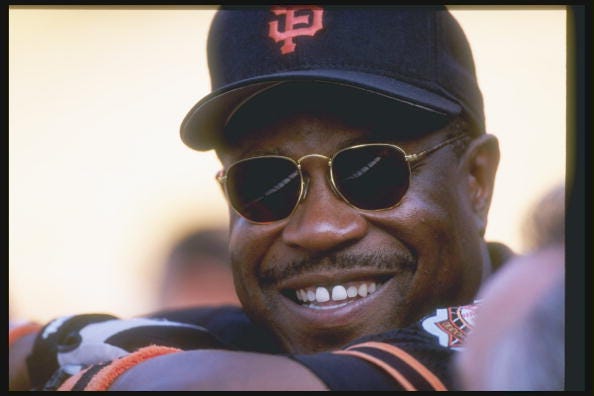 While he's more remembered for his stint as the Giants manager, Baker hit .292 in 100 games for the team in 1984. This perhaps laid the groundwork for him to become the team's skipper less than a decade later. 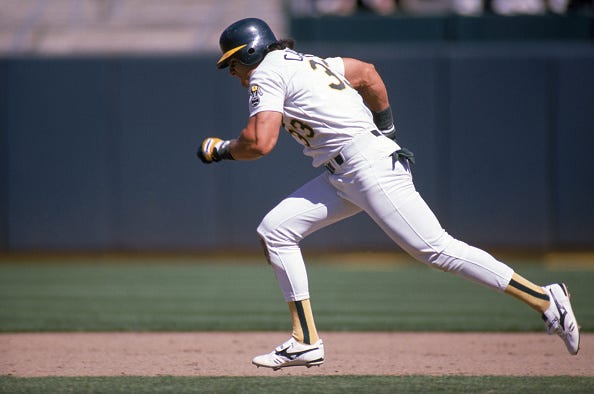 Baker played long enough that he had the chance to be managed by Tony La Russa in his final season as a player, while sharing a dugout with two players that would become among the most controversial sluggers in baseball history. 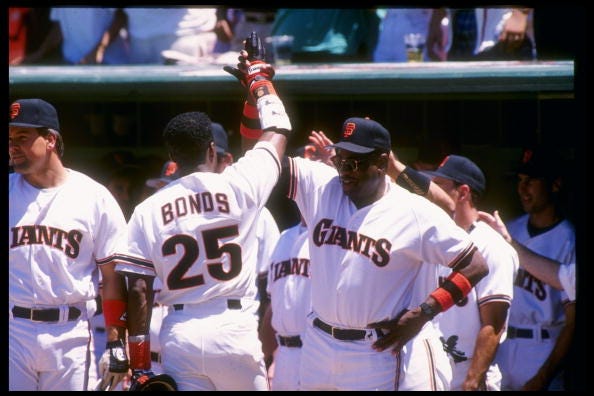 Barry Bonds and Dusty Baker were together for a decade in San Francisco. Photo credit (Otto Greule /Allsport)

For Barry Bonds' first decade with the Giants, Baker was his manager. Baker saw Bonds break the single-season home run record in 2001, as he launched 73 dingers. A year later, the Giants won the National League pennant, losing a seven-game World Series to the then-Anaheim Angels in what turned out to be Baker's final season at the helm.