It's been a brutal few years to be an Oakland sports fan, as two of the cities former tenants have moved out of "the Town," and a third could be on the way.

The Golden State Warriors didn't move far, but left Oracle Arena (in Oakland) after the 2018-19 season to move into the Chase Center, which is in the Mission Bay section of San Francisco.

On the other hand, the Raiders altogether left the state of California after the 2019 season, relocating to Las Vegas. And it now appears that the Raiders' former co-tenants at RingCentral Coliseum may not be too far behind.

Tuesday, ESPN's Jeff Passan reported that Major League Baseball has allowed the Athletics to "explore the possibility" of moving to a new city.

At the forefront of this discussion is the Oakland Coliseum, a building that doesn't lack charm, but has housed the A's since 1968 and frankly, is probably beyond the point of renovating at this stage. John Fisher, who owns the team, did tell Passan that he's hopeful that the team's waterfront ballpark proposal is approved, allowing the franchise to remain in Oakland. However, the A's have previously resided in Philadelphia and Kansas City, and it appears that without a guaranteed new park in Oakland, they may begin to seriously weigh the idea of moving to a fourth city.

In the event that the A's do ultimately relocate, here's five potential cities that could make sense as landing spots for the franchise: 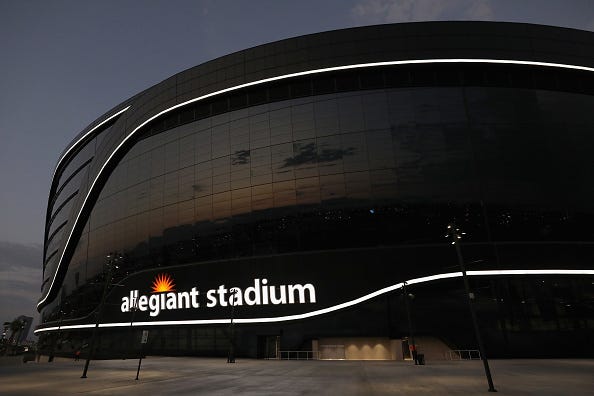 Given the growing influence of sports betting, Las Vegas is the first name that comes to your mind. It would also make sense from a geographical standpoint, and Passan says that Las Vegas would indeed be the favorite to land the A's. We're going to guess that if the A's end up in the same city as the Raiders again, the two wouldn't be sharing a stadium. 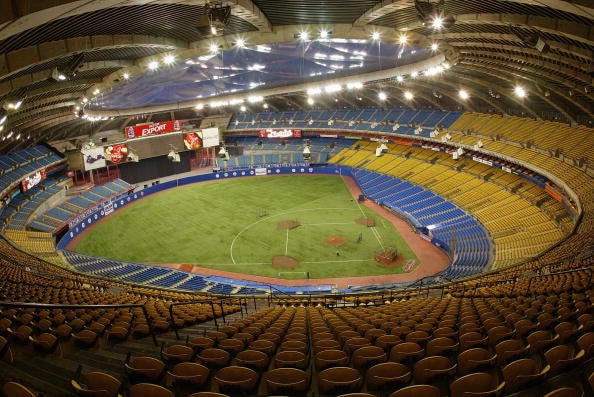 Rob Manfred was supportive of an early-2020 potential plan for the Tampa Bay Rays to play part of their home schedule in Montreal. The city hasn't had a team since the Expos left for D.C. after the 2004 season, and would almost certainly need to build a new stadium, rather than having the A's play in Olympic Stadium. Manfred did say that he believes that Montreal "could be a standalone market," though considering they were previously in the National League East, there would probably need to be some sort of realignment if the A's were to move there. Also, for as much as everyone loved the Expos logo, uniforms and hats, if Montreal got the A's, one would think baseball would be inclined to continue to use that iconic brand. 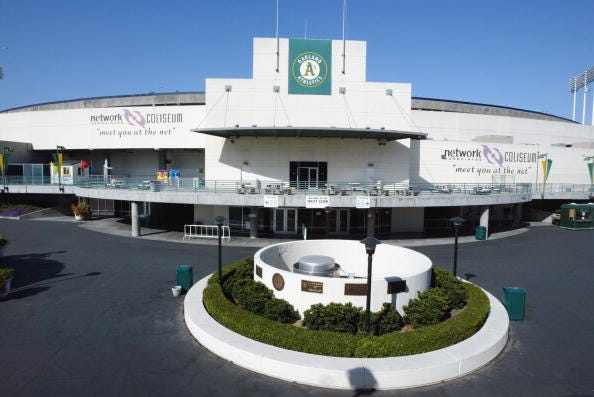 Dave Dombrowski became the Philadelphia Phillies president of baseball operations last December, leaving a full-time position (and remaining as an advisor) with "Music City Baseball," a group hoping to land an expansion MLB team in Nashville. Part of the reason Dombrowski was willing to set aside a project he seemed very passionate about is that COVID-19 appeared to push back the chance for any expansion in baseball. However, that wouldn't necessarily prevent a relocation in the coming years. Again, though, the A's wouldn't be able to remain in the American League West and play their home games in Nashville, at least we don't think. 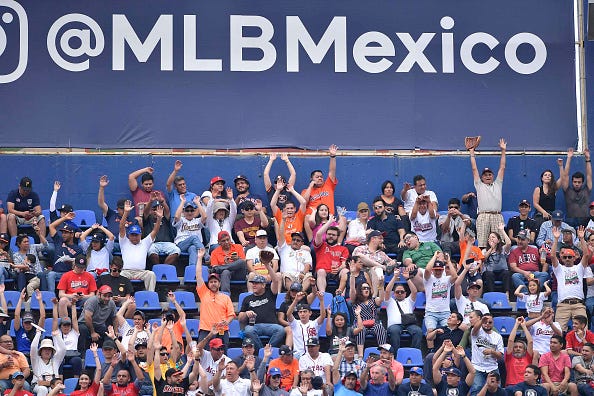 Let's get wild. Actually, a bit wild, but not crazy. Monterrey was one of the seven cities that bid to land the Expos before they landed in Washington and became the Nationals. Monterrey hosted three series during the 2019 MLB season, with two of them coming during the regular season. Because of the Mexican League, there's no shortage of baseball stadiums in Mexico, and the idea of tapping into a potential fanbase in another country has to intrigue baseball. Monterrey wouldn't be a perfect geographical landing spot if baseball wants to maintain a heavy presence on the West Coast, but it's actually closer to Arlington and Houston - two teams that would become division rivals - than Oakland is. 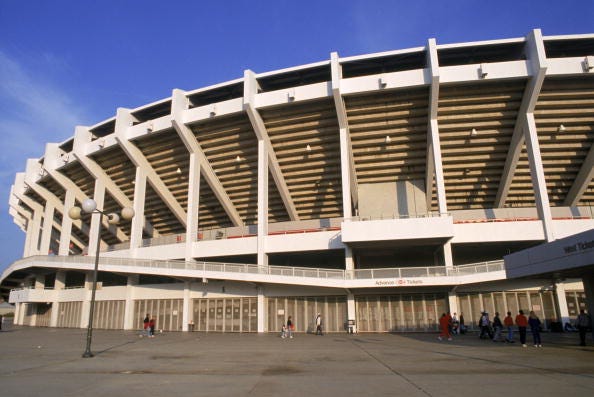 It's hard to know whether Portland would be able to generate a large enough baseball following to make this move smart, but it does make sense from a geography standpoint. Portland was another city that unsuccessfully bid to land the Expos franchise in the mid-2000s.