Catcher J.T. Realmuto is set to hit free agency at the heigh of his powers, and cash in wherever he ultimately lands.

Realmuto is a two-time All-Star, having made one appearance as a member of the Miami Marlins and another with the Philadelphia Phillies. Had there been an All-Star Game in 2020, Realmuto almost certainly would have been there. Since the start of the 2018 season, Realmuto comfortably grades out as the most valuable offensive catcher in baseball, and FanGraphs says that the two-time Silver Slugger Award winner has been the 15th most valuable offensive player in the entire sport over the same span.

On top of his offensive prowess, Realmuto is an elite defender as well. In 2019, his first season with the Phillies, Realmuto won a Gold Glove Award, as he threw out 37 would-be basestealers and recorded 11 defensive runs saved.

After two tremendous seasons in Philadelphia, Realmuto appears to be aiming high as he reaches free agency. MLB.com's Todd Zolecki says that "there is credible buzz that Realmuto is seeking a deal in the $200 million range." It remains to be seen whether in an economic climate that has owners pinching pennies if he'll get that deal, especially when you factor in that he'll turn 30 before the 2021 season begins.

Still, Realmuto has emerged as one of the most complete players in the sport. His addition into any lineup would immediately improve their chances of winning the World Series, making him the top overall free agent this offseason. With that in mind, here are the five most likely landing spots for Realmuto in free agency, in no particular order: 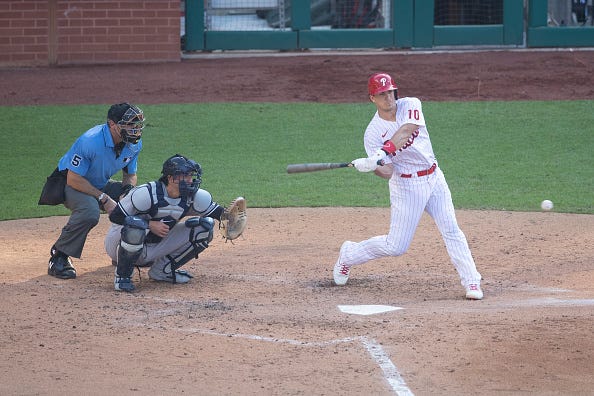 J.T. Realmuto could be a fit for the Yankees. Photo credit (Mitchell Leff/Getty Images)

The Yankees seemingly need a catcher with Gary Sanchez having fallen out of favor in New York, which makes this an interesting fit. The problem, as outlined by Joel Sherman of The New York Post, is that the Yankees seemingly will have a tough enough time retaining DJ LeMahieu and Masahiro Tanaka this offseason. It's a little difficult to conceive of them issuing a $140 plus million deal to Realmuto this offseason, with many owners around the league looking for ways to make up for lost revenue because of COVID-19. Jim Salisbury of NBC Sports Philadelphia also recently suggested that while Realmuto would go to New York if either of the teams that play in that city present the highest offer, he isn't keen on the idea of playing in New York. 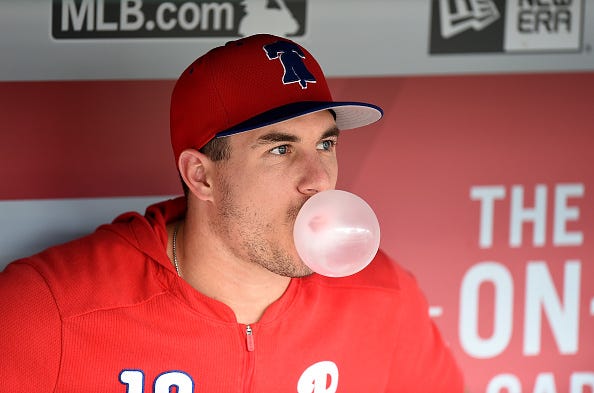 Could J.T. Realmuto stay in the National League East and sign with the Nationals. Photo credit (Greg Fiume/Getty Images)

In his final press availability of the 2020 season, Bryce Harper made it clear that he is hell-bent on Realmuto returning to the Phillies, and fears that he could land with another National League East team if not re-signed. Imagine the irony if that team was Harper's former employer, the Nationals. A year after winning the World Series, the Nationals slipped into a tie for last place in the National League East, finishing 26-34. We don't know yet if they are prepared to make this type of investment this offseason, but they have a need at the position with Kurt Suzuki set to hit free agency. 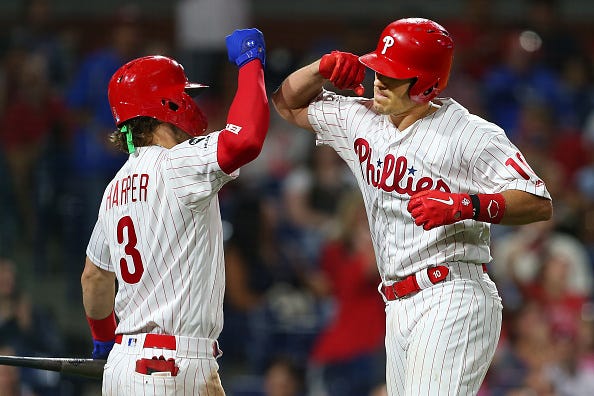 As much as there may be hell to pay from Harper and the fanbase of the Phillies if Realmuto leaves, RADIO.COM MLB Insider Jon Heyman has already said that the Phillies have some level of "pessimism" about their ability to retain Realmuto. Managing partner John Middleton called re-signing Realmuto a "priority" but also said he expects him to hit free agency and cast doubt about how much the Phillies will be able to spend this winter with uncertainty about future attendance from fans. There is some evidence that Realmuto would like to remain in Philadelphia, but it may ultimately come down to whether the Phillies make the highest bid. It's tough to tell right now what the Phillies' last, best offer will be, and just how motivated other suitors may be to top that. 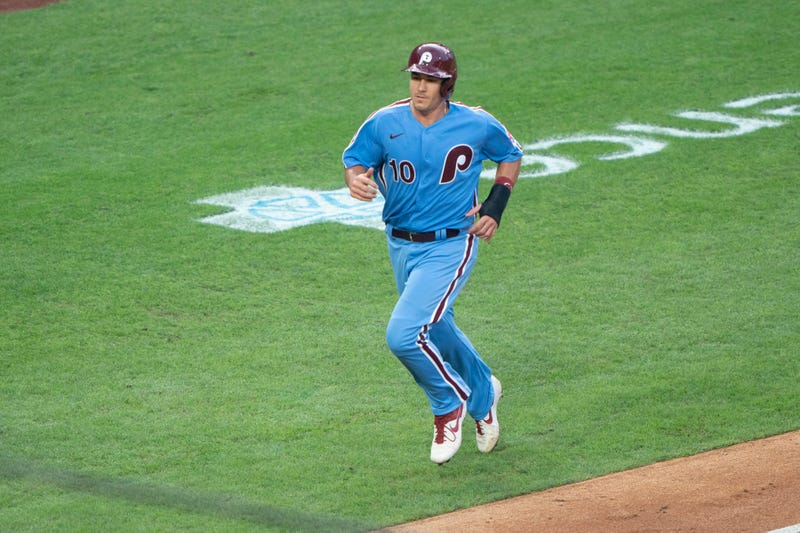 J.T. Realmuto is one of the most complete players in baseball. Photo credit (Gregory Fisher/USA Today)

This one is a bit of a wild card, though one worth keeping in mind. While Sam Huff, one of the top prospects in the Rangers' organization, reached the major leagues late in the 2020 season, he seemingly could be used as DH if Realmuto came to town. The Rangers were expected to make a big position-player splash in free agency last offseason, but that never materialized. Adding in Realmuto could help the Rangers to move closer to contention and excite fans, who will seemingly be allowed at Globe Life Field for the first time in 2021. From Realmuto's side of things, Jim Salisbury of NBC Sports Philadelphia hears that he could be intrigued by playing for either Texas team, given that he's from Oklahoma. 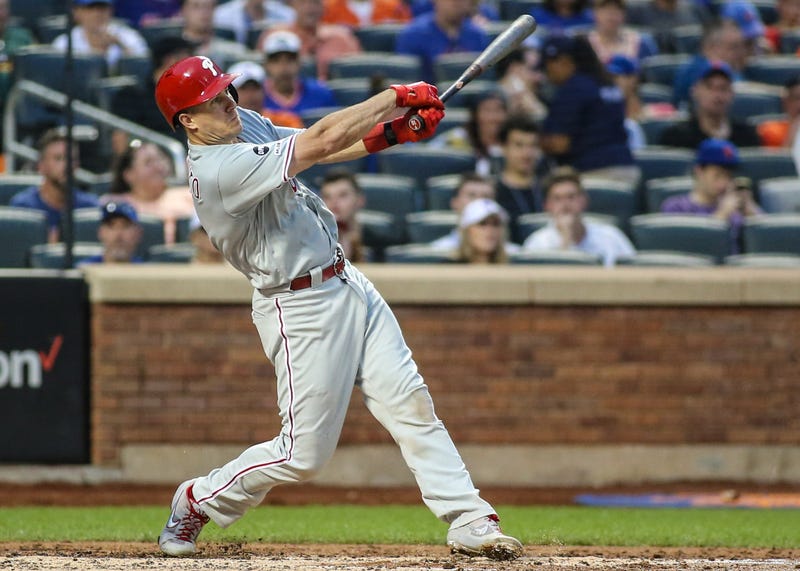 J.T. Realmuto is of interest to the Mets. Photo credit (Wendell Cruz/USA Today)

Realmuto may prefer not to play in New York, but if Steve Cohen gets aggressive and puts the top offer in front of Realmuto this winter, his mind could be changed pretty quickly. The Mets already have a pretty deep lineup, one that could be massively upgraded if you replaced Wilson Ramos with Realmuto. Not to mention, Realmuto is a massive upgrade over Ramos behind the plate and running the bases. From here, it would seem that the Mets are the most likely landing spot for Realmuto if he leaves Philadelphia.