Of the three premier third basemen up for grabs in the free agent market this year, only one remains. Mike Moustakas was one of the first names off the board, signing in Cincinnati in the beginning of December. Anthony Rendon then found a new long-term home alongside Mike Trout in sunny Los Angeles, reeling in a cool $245 million.

Now, it’s a former MVP’s turn to find a new (or familiar) home.

Though Josh Donaldson is on the wrong side of 30 -- and the wrong side of 33, as well -- there still seems to be plenty left in the tank for one of the league’s most fearsome righties over the past decade. The Braves took a gamble on the veteran in last year’s free agency, nabbing him for one year after an injury-plagued 2018, and it paid off in a big way. Donaldson hit 37 home runs, just a few RBI and runs shy of posting 100 of each. His .900 OPS was second on a team loaded with offensive talent, trailing only Freddie Freeman.

The Braves would obviously like to bring their third baseman and lineup anchor back if possible, and they’ll definitely be a contender in the race. However, another team tops Atlanta as the most likely candidate to land Donaldson: 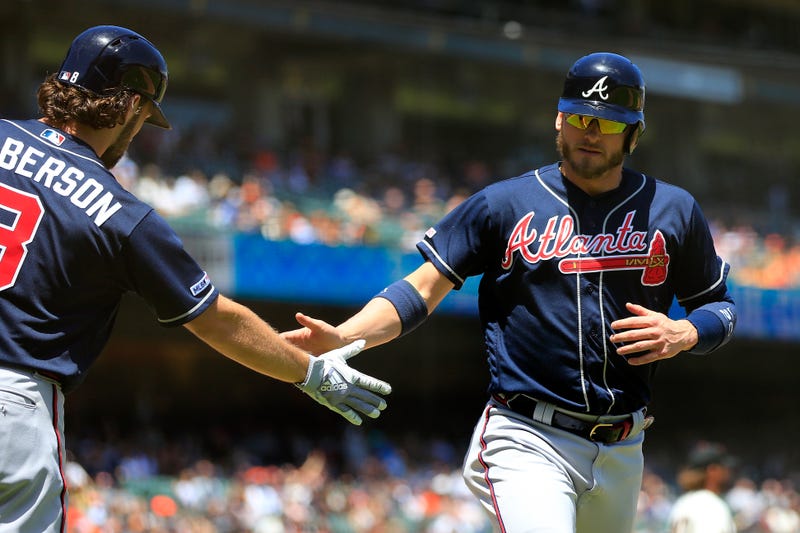 Though there haven’t been any definite links between St. Louis and Josh Donaldson this year, there seems to be a realistic fit between the two parties. It wasn’t long ago that the Cardinals were aggressively competing to land Josh Donaldson before he ultimately ended up in Atlanta, and the need for an everyday third baseman still exists with an inconsistent Matt Carpenter and a promising yet unproven Tommy Edman topping the depth chart.

Marcell Ozuna’s departure, which is a strong possibility, would leave a big hole in the middle of the lineup that Donaldson would fill with similar right-handed power, more experience and a more disciplined eye. And even though the outfield void would remain a huge priority, they’re not ignoring the uncertainty at the hot corner, with links to another big name third baseman in Nolan Arenado, per Ken Rosenthal. 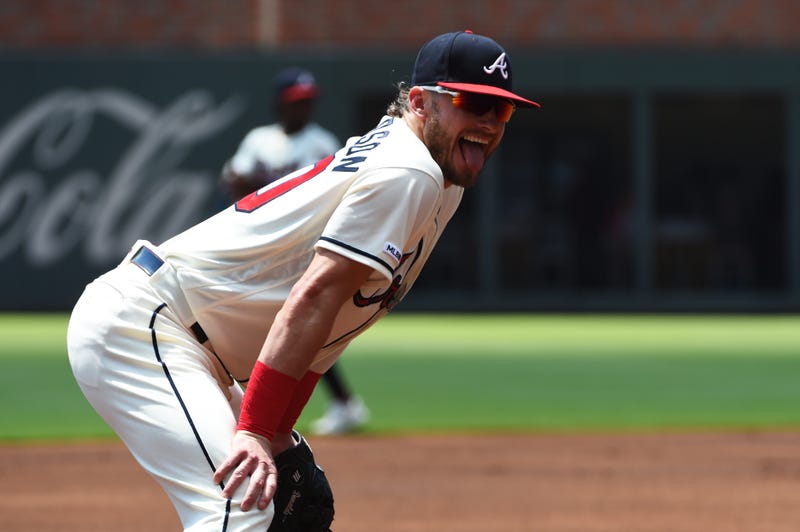 Rosenthal additionally sights a “longstanding interest” in Arenado, meaning that a high profile third baseman would fit the bill in LA. The glaringly obvious obstacle that stands in the way of this move is Justin Turner. And it’s not a bad problem to have. Turner is an excellent third baseman, posting three straight years of 20-plus home runs and an average of .302 over the past six years. Similarly to Donaldson, he’s getting up there in age as he turned 35 in November.

If Donaldson signed, one of the two would move around the diamond to enable both of them to play. While this wouldn’t be a permanent solution, it wouldn’t need to be a permanent solution, as Turner is entering the final year of his contract. But the two of them together could be just the push that this inevitably playoff-bound Dodgers team needs to finally push the envelope and bring home a World Series crown.

Again, though, this win-now approach doesn’t necessarily point toward a four-year deal, and Donaldson may value that security more than an immediate success story. 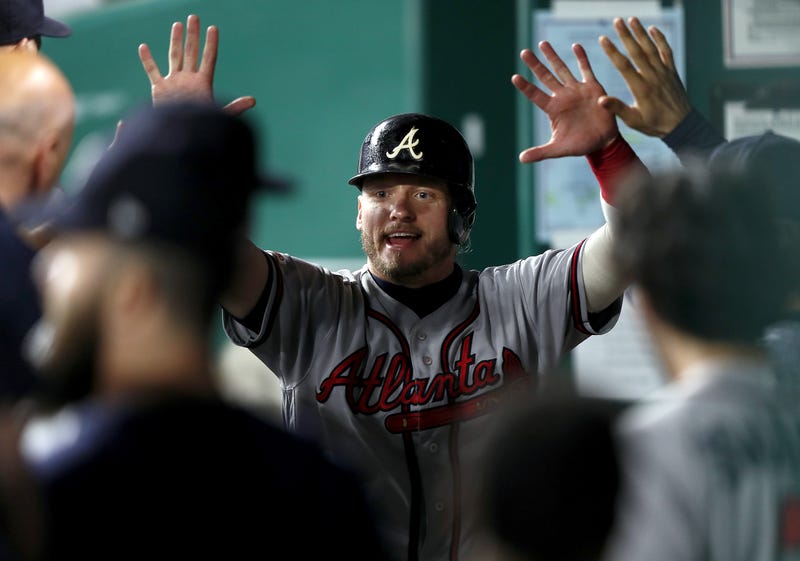 Josh Donaldson had a major year with the Braves in 2019. Photo credit (Jamie Squire/Getty Images)

The Braves love Donaldson. Donaldson loves the Braves. Reports have clearly stated that he wants to stay in Atlanta. And why wouldn’t he? He was a fundamental piece of one of the most dangerous offenses in the league, filling out a veteran role alongside Freddie Freeman and helping to develop an explosive young core of Ronald Acuna Jr., Ozzie Albies and others. The Braves are competitive enough to compete with anyone in the league, seeing as they finished atop a division that they share with the World Series champions. And with the Phillies growing more threatening by the day, the Braves would much rather Donaldson stay in the NL East on their team… not on a rival’s.

But, unfortunately, life isn’t that simple. Without sounding too much like a broken record, the four-year preference is really important to Donaldson, so much so that it could be the deciding factor. RADIO.COM Sports insider Bob Nightengale thinks it’s inevitable that a four-year contract is on the table, and if the Braves can’t provide that, then Donaldson definitely seems to be on his way out. 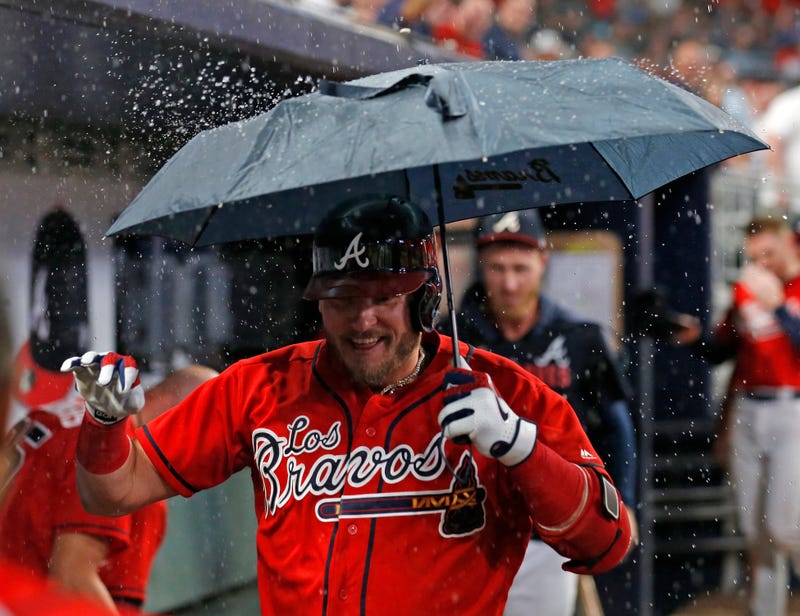 37 home runs would make a nice addition to the record-setting 307 round-trippers that the Twins hit as a team in 2019. With Corey Kluber off of the Indians and a potential Francisco Lindor trade in the works (though the window is closing), the Twins could use a player of Donaldson’s caliber to set themselves apart from the only other real immediate threat in the AL Central. Miguel Sano is penciled in as the everyday third baseman, but he has missed a lot of time over the past two seasons, and while his power is there, his consistency and ability to hit for average is not.

What sets the Twins apart from some of the other teams on this list is their ability to add another year of job security onto the deal, and it appears as though they already have included that in an offer. A combination of a win-now mentality and a nice four-year cushion makes a strong case for the Twin Cities to reel in Donaldson. 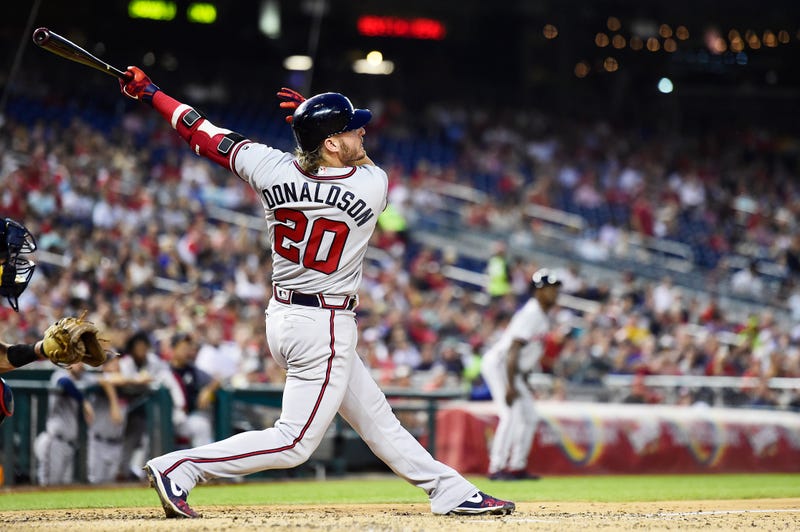 The Nationals can take what the Twins offer and put an interesting spin on it. While the Twins are immediate contenders, the Nationals just won the World Series. Not a bad pitch for a highly sought-after free agent.

Anthony Rendon goes out, Josh Donaldson comes in. He may not be on the same superstar tier that Rendon is on, but he’s pretty close. Besides, what better feeling is there than stealing away a star player from your most talented division rival? Washington would just gain another leg up in the packed NL East, and that may be the ultimate factor in the Donaldson sweepstakes. On the latest episode of “Big Time Baseball,” Jon Heyman said that Washington has been “very aggressive” with Donaldson’s free agency and that a “four-year, $100 million” deal could certainly be on the table. Considering that the Nats were in on Rendon for a while, Heyman pointed out that they certainly have the money and the room for a long-term deal.

A former MVP could very well be joining the world champions before too late.