Bryce Harper is perhaps the most recognizable face in baseball, and that's led to quite a bit of financial success for the 28-year-old.

The No. 1 overall pick in the 2010 MLB Draft by the Washington Nationals, Harper made six All-Star teams and won the 2015 National League MVP with his original team.

But while Harper made $35+ million in his final two years of arbitration-eligibility with the Nationals, it was ultimately the Philadelphia Phillies Phillies that he would secure his largest payday from. After a months-long courting process, Harper agreed to a 13-year/$330 million contract with the Phillies in March of 2019. Considering Harper insisted on no opt outs and a full no-trade clause, this will be the most lucrative deal that he ever signs.

Currently, Harper has made north of $90 million in his major league career, with 11 seasons still remaining on his deal. As of now, Harper's net worth is estimated to be $70 million, though without even factoring major endorsement deals, the money that he's owed from the Phillies moving forward figures to push him onto a list like this at some point in the next few years.

In the meantime, here are the 10 wealthiest current or former Major League Baseball stars of 2021: 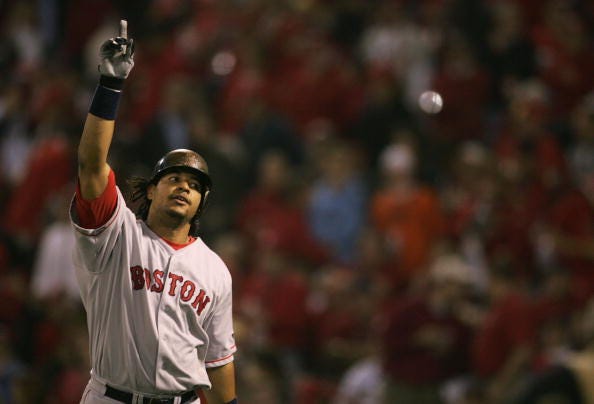 Ramirez was twice suspended for performance-enhancing drugs, but that didn't stop him from hitting over 500 career home runs and creating one of the greatest postseason legacies ever. Ramirez left Cleveland to sign an eight-year/$160 million deal with the Boston Red Sox prior to the 2001 season. In the final year of Ramirez's deal with Boston, he was traded to the Los Angeles Dodgers, and hit a staggering .396 in 187 at-bats. A monster second half earned Ramirez a two-year/$54 million deal to remain with the Dodgers. In total, Ramirez made over $232 million during his 19-year major league career. 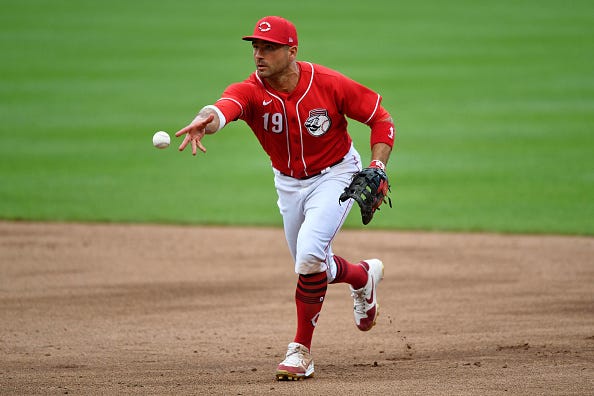 Joey Votto is one of the best hitters of his era. Photo credit (Jamie Sabau/Getty Images)

Votto's peak as a player is the rearview mirror, but he continues to be in his financial prime, as he'll earn $75 million over the next three years to wrap up a 10-year/$225 million deal. The Reds also have a $20 million club option to bring Votto back for his age-40 season in 2024, which they'll certainly decline, leaving them to pay a $7 million buyout. Now 37, Votto will surpass $190 million in career earnings during the 2021 season. 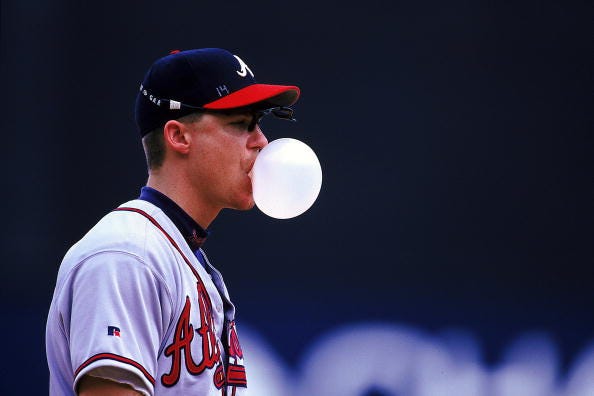 During a 19-year career spent exclusively with the Atlanta Braves, Jones established himself as one of the greatest third basemen and switch hitters of all-time. He also earned a boatload of money, the biggest chunk of which came from a six-year/$90 million extension he signed with the Braves during the 2000 season. The 1999 National League MVP spent the 2020 season as a color commentator for ESPN, but has since accepted a role as a part-time hitting consultant for the only team he's ever known. 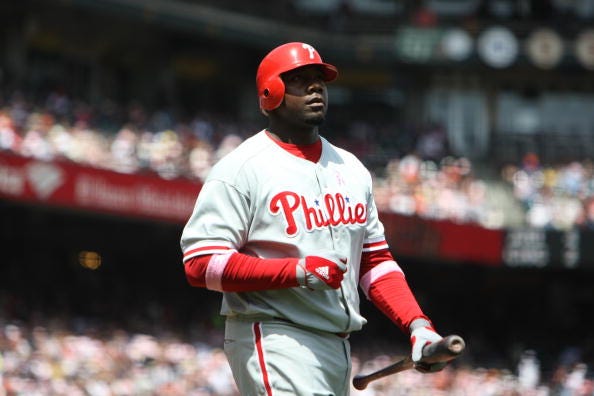 Ryan Howard was one of the most dominant power hitters of his era. Photo credit (Jed Jacobsohn/Getty Images)

Between 2005 and 2011, Howard had one of the most prolific power stretches in baseball history, homering 284 times and driving in 859 runs. The 2006 National League MVP made $54 million over his final three years of arbitration eligibility, and before the second season of that pact began, the Phillies tacked on an additional five years and $125 million that ran through the 2016 season. The second deal proved to be a major mistake, as Howard suffered a torn achilles on the final play of the 2011 season and was never the same after that. Still, Howard made over $190 million during his 13-year career, which allowed him to build generational wealth for his family. 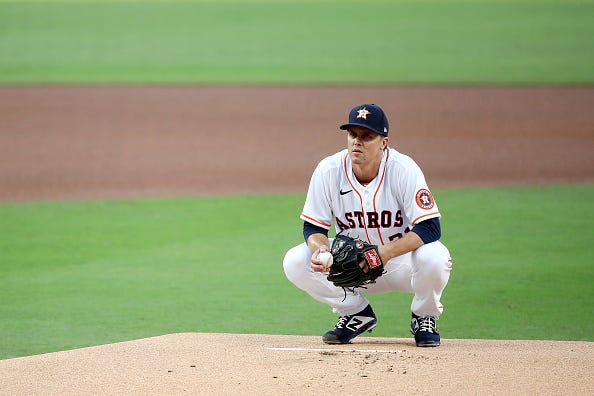 Zack Greinke is one of the best pitchers of his era. Photo credit (Sean M. Haffey/Getty Images)

Quietly one of the greatest pitchers of his era, Greinke is a six-time All-Star that won the 2009 American League Cy Young Award. Now 37, Greinke is entering the final season of a six-year/$206.5 million deal he initially signed with the Arizona Diamondbacks ahead of the 2016 season. Considering the Houston Astros are his sixth team, Greinke has been something of a mercenary during his career, but a well-paid one, having made more than $227 million to this point. That's a pretty incredible amount when you consider that Greinke's current deal has $62.5 million in deferred money that will be paid out between 2022 and 2026. For at least the first few years of that, Greinke figures to still be in the league. 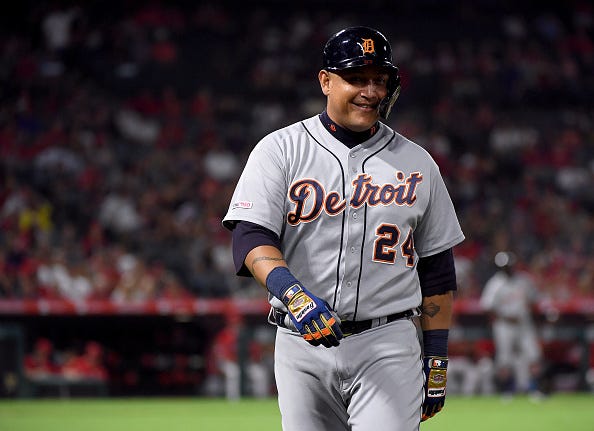 Miguel Cabrera is one of the greatest hitters in MLB history. Photo credit (Harry How/Getty Images)

A two-time American League MVP, Cabrera is one of the most complete hitters the sport has ever seen. He's also one of the highest earners, having signed two deals in excess of $150 million. The 11-time All-Star inked an eight-year/$152.3 million extension with the Detroit Tigers in March of 2008, and is now set to enter year the sixth year of an eight-year/$248 million deal he signed in March of 2014. Cabrera's deal includes mutual options in 2024 and 2025, ones that the Tigers will certainly decline. That said, Cabrera will make $16 million to not play over those two seasons if said options are not exercised. 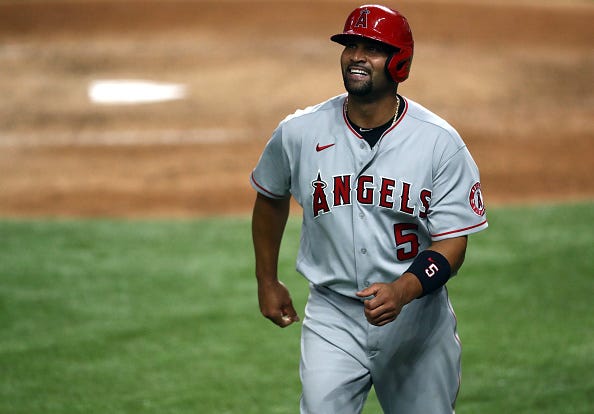 Albert Pujols is one of the greatest hitters in MLB history. Photo credit (Ronald Martinez/Getty Images)

One of the greatest right-handed hitters in MLB history, Pujols is entering the final year of a 10-year/$240 million deal with the Los Angeles Angels. With that, his age-41 season may very well be the last year of a historic career destined for Cooperstown. Spotrac estimates that Pujols has made nearly $310 million in his major league career, and he'll earn another $30 million in 2021. 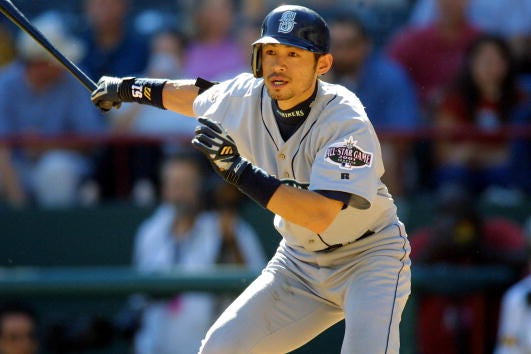