Some of the most momentous deals in MLB history have gone down right as the deadline was about to hit.

Gleyber Torres looks to become one of the all-time great Yankees, despite a tough start to 2020, and the Chicago Cubs won the 2016 World Series. It’s very likely that neither one of these statements would be true had the Cubs and Yankees not negotiated a trade involving these two players. It’s one that could truthfully be labeled as a win-win trade.

But that’s not the case too often throughout the thousands of deals that have gone down over time. One-sided deals are great representations of the risk that comes with swapping unknown prospects, aging veterans and other commodities. Just ask Nolan Ryan, Jim Fregosi and the New York Mets -- though this deal did not occur at the deadline, but in the offseason. So too did the deal that sent Frank Robinson to the Baltimore Orioles, and so on.

With the 2020 MLB Trade Deadline set for Monday, August 31 at 4:00 pm -- one that may not be the most exciting we’ve ever seen because of the strange circumstances surrounding the season -- we take a look back at some midseason deals that left one team as a clear winner, and one as a big, big loser. 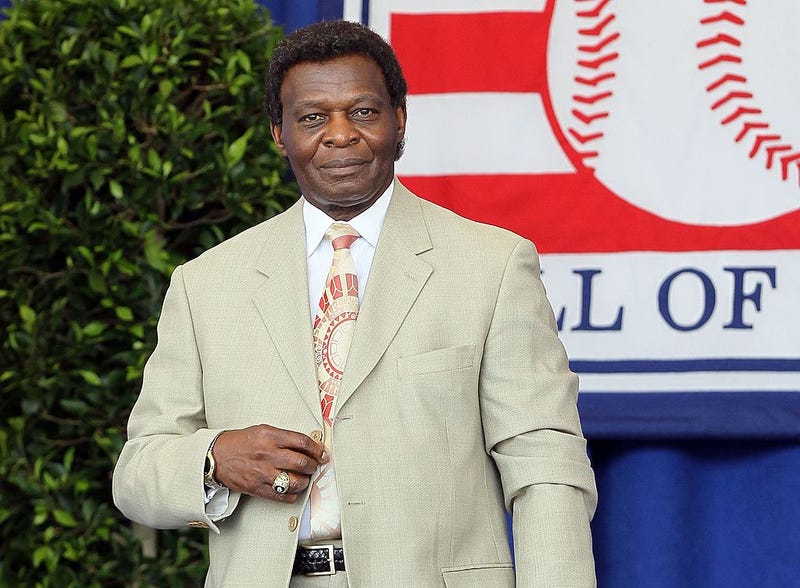 The King of One-Sided Deals: Brock for Broglio

The two headliners of a three-for-three swap between the rival Cardinals and Cubs were 25-year-old outfielder Lou Brock and 28-year-old hurler Ernie Broglio. One you’ve heard of because of his Hall of Fame career. One you’ve quite possibly never heard of, and if you have, it’s probably because of this trade.

It’s not that Broglio was some nobody. After all, he had led the majors in wins in 1960, going 21-9 with a 2.74 ERA for the Cardinals. Some other strong years followed, and several Cubs writers and fans thought that they had pulled off the ultimate heist by surrendering so little for one of the top arms in the league.

“Thank you, thank you, oh, you lovely St. Louis Cardinals,” wrote Bob Smith, a sportswriter for the Chicago Daily News (via Alex Coffey of the National Baseball Hall of Fame). “ Nice doing business with you. Please call again any time.”

After this deal, though, it may have been the Cardinals’ front office that was willing to do business with the Cubs at any time. That’s because Broglio had an underwhelming finish to the 1964 season, going 4-7 with a 4.04 ERA in Chicago, and won three games over the next two seasons with an atrocious ERA above 6.00.

Brock, on the other hand, turned his .250 batting average to begin the 1964 season into a blistering .348 average for St. Louis, leading the Redbirds to a World Series Championship that very season. He spent the next 15 years with the Cardinals, leading the league in stolen bases a whopping nine times, racking up three 200-hit seasons, and becoming a beloved icon for the franchise. 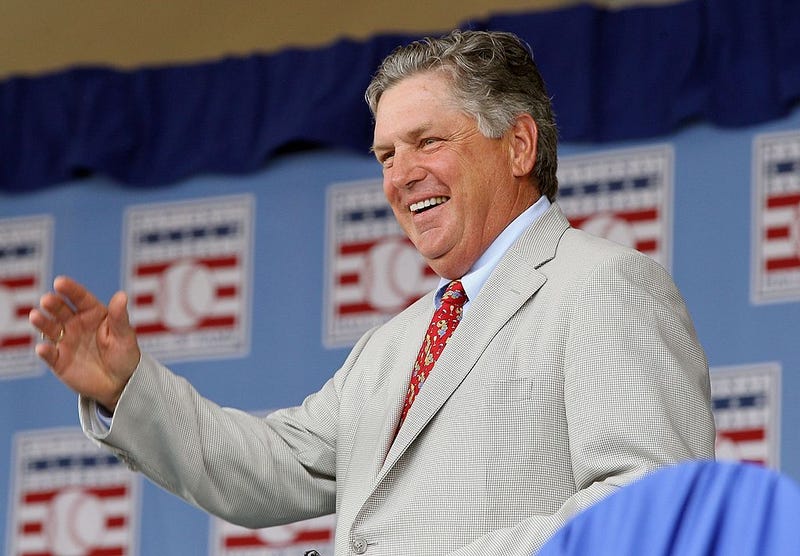 Tom Seaver is an all-time great and a Hall of Famer. Photo credit (Jim McIsaac/Getty Images)

It wasn’t without reason that the Mets decided to move on from their Hall of Fame centerpiece. After all, he was 32. The team was clearly on the decline and didn’t quite have the pieces to promise that Seaver would be able to back another potent offensive squad sometime soon -- you look at that late 1970s offense and tell me there was a reason for excitement.

And what the Reds were offering in return wasn’t nothing. It was a package including Pat Zachry, the Rookie of the Year from the previous season, along with promising slugger Steve Henderson and some other young, developable pieces.

But Seaver wasn’t done yet, going 75-46 with a 3.18 ERA and two All-Star appearances in his six-year stint with the Reds. He only enjoyed one postseason appearance with them, however, which puts a slight damper on this otherwise very one-sided swap. 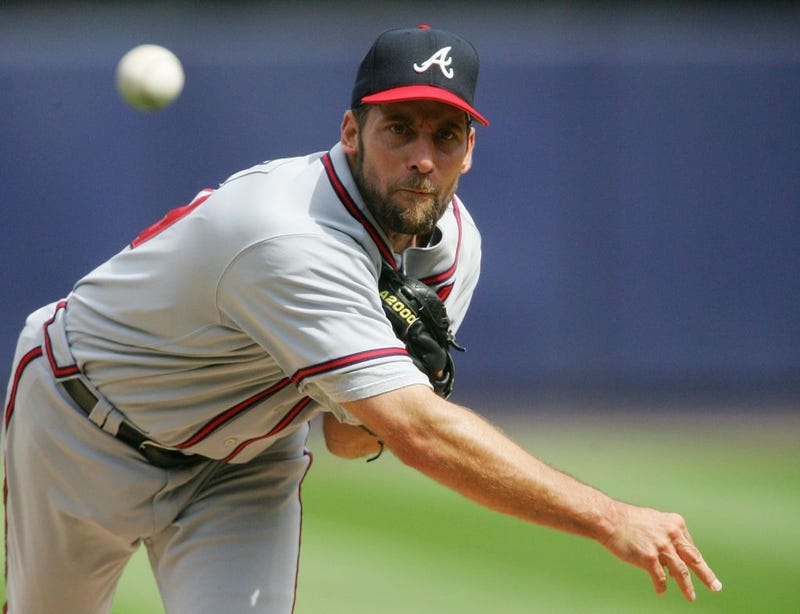 For a 1987 Tigers’ team in win-now mode -- the organization was enjoying the peaks of Alan Trammell, Lou Whitaker, Jack Morris and several other pieces -- a move for a proven, quality starting pitcher made sense. After all, the rotation got shaky after Morris, Walt Terrell and Frank Tanana, and Alexander was pitching moderately well for a Braves team that was well-below .500.

And initially, the trade seemed to work out in their favor. Alexander’s debut season in Detroit featured a 9-0 record and a 1.53 ERA in 11 starts, all of which were Tigers’ wins. They reached the ALCS that season with a division-best 98-64 record.

The bad news: Alexander stunk it up in the ALCS, going 0-2 with a 10.00 ERA over 9.0 innings. Though he was an All-Star in 1988, he led the league in losses the following season (as did the Tigers) and retired soon after. And the trade chip that the Braves received from Detroit in return for 1.5 good seasons out of Alexander was none other than John Smoltz, the future Hall of Famer who dazzled opposing batters alongside Greg Maddux and Tom Glavine for years to come. 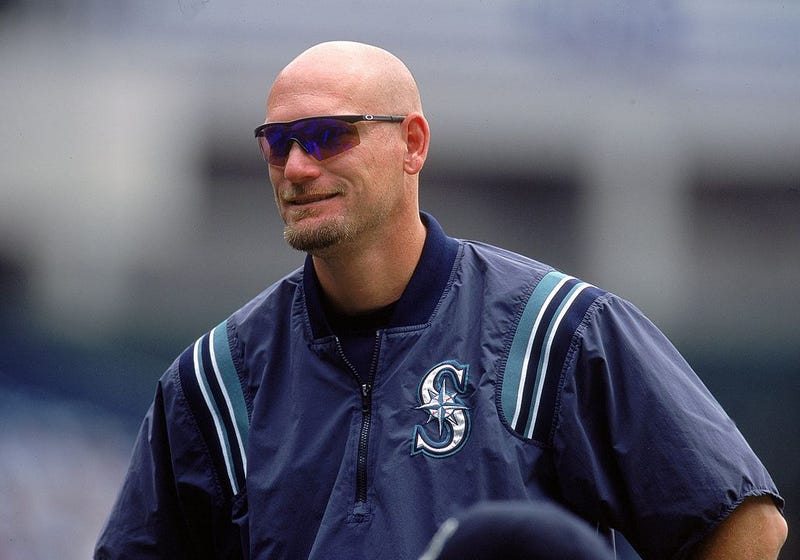 This trade was not a popular one among Yankees fans (just ask an irate Frank Costanza). Buhner, then a fresh-faced 23-year-old with a mere 91 at-bats under his big-league belt, was dealt to Seattle in 1988 along with Rich Balabon and Troy Evers—neither of whom reached the majors—in a trade that netted the Yankees left-handed-hitting Ken Phelps. While Buhner went on to slug 307 homers over his 13-year Mariners tenure including a career-best 44 in 1996, Phelps never amounted to much in New York, lasting just 131 games in pinstripes. You win some, you lose some. The Yankees definitely lost this one. 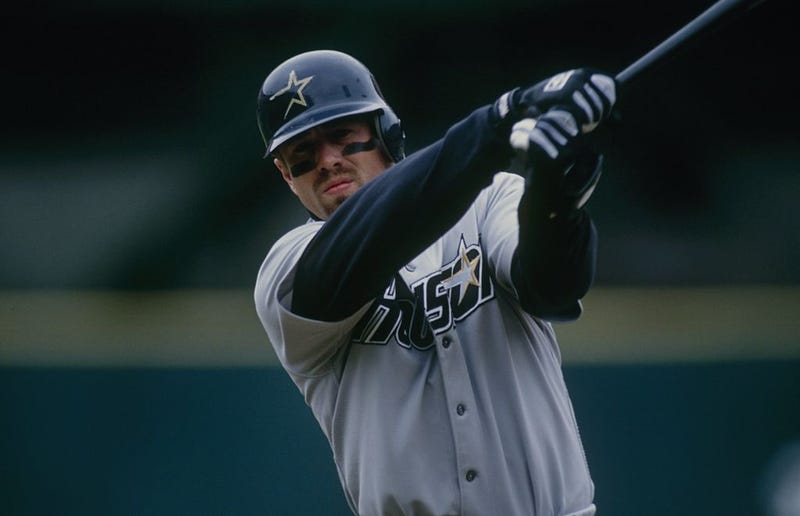 Red Sox Provide Astros With One of Their Killer Bs

Had the Red Sox known that Jeff Bagwell would turn in one of the greatest hitting seasons of all-time just four years after they traded him, they may have hesitated on sending him to the Astros in return for aging reliever Larry Andersen. Andersen was awesome for the Red Sox in the regular season after the trade; the same can't be said for the postseason that year.

Andersen was also 37 years old and was out of Boston after 1991. That's the year that Bagwell won Rookie of the Year with his new team. Andersen played his last year in the majors in 1994. And that is the same season that Bagwell led the league with a jaw-dropping 1.201 OPS, brought home MVP honors, and set the tone for the remainder of his years in Houston. 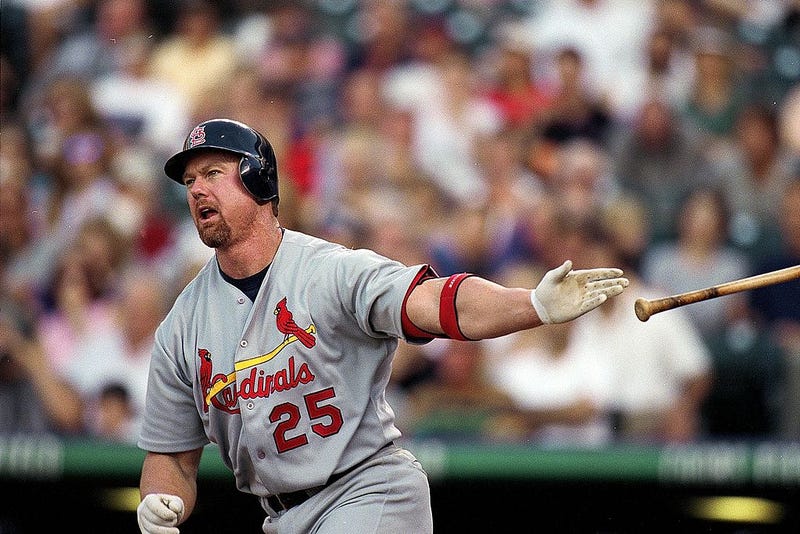 On the cusp of free agency and unlikely to re-sign with the A’s, who were in the midst of a dismal 65-97 season, McGwire joined St. Louis in 1997 with the anonymous pitching trio of Eric Ludwick, T.J. Mathews and Blake Stein (none of whom won more than 32 games at the major-league level) going to Oakland in the deal. The more accomplished Bash Brother belted 24 jacks in the final two months of that season, setting the stage for his epic home run battle with Cubs slugger Sammy Sosa the following year. Sure, none of it was legitimate and Big Mac looked like a cartoon character, but the memory of McGwire’s record-breaking 1998 will forever resonate as the summer baseball, still recovering from its work stoppage years earlier, announced its triumphant return to our consciousness. McGwire was only a Cardinal for a brief time (1997-01), but he packed plenty into those four-plus seasons, swatting a ridiculous (albeit chemically-enhanced) 220 long balls during that impressive span. 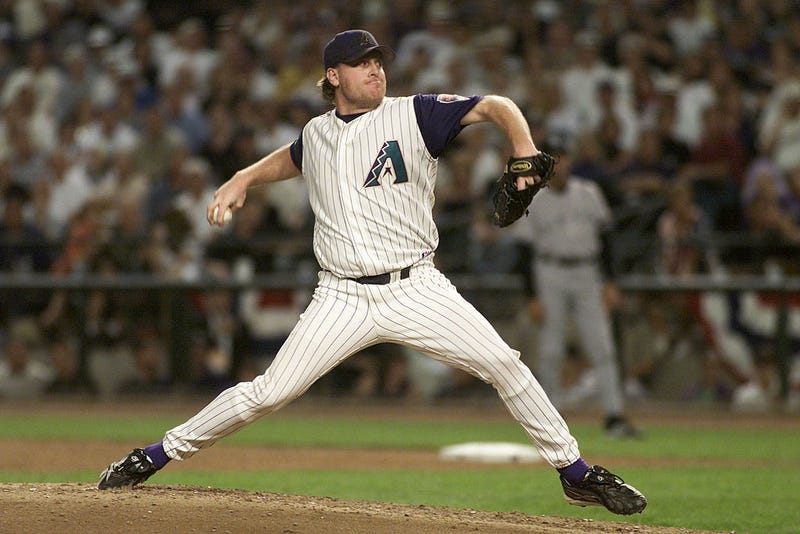 No stranger to being jettisoned (he switched hands a whopping five times in his career), the well-traveled Schilling arrived in Arizona at the 2000 deadline with Philadelphia receiving a four-player package headlined by Travis Lee and right-handed starter Vicente Padilla. All Schilling did the next season was lead the majors in wins (22) while pitching the D’Backs to their first and, so far, only World Series, sharing MVP honors with teammate Randy Johnson in a memorable, seven-game thriller over the Yankees. That would be his only title in a Diamondbacks uniform, though he won another two as a member of the Boston Red Sox. Who could ever forget in 2004 when Schilling, bloody sock and all, carried the Red Sox to World Series glory in their cathartic four-game sweep of St. Louis? The trade wasn’t a total flop for Philly—Lee contributed a pair of serviceable seasons in the cheesesteak capital while Padilla earned All-Star recognition in 2002. But that’s still a pretty light return for one of the most decorated playoff hurlers in big-league history. 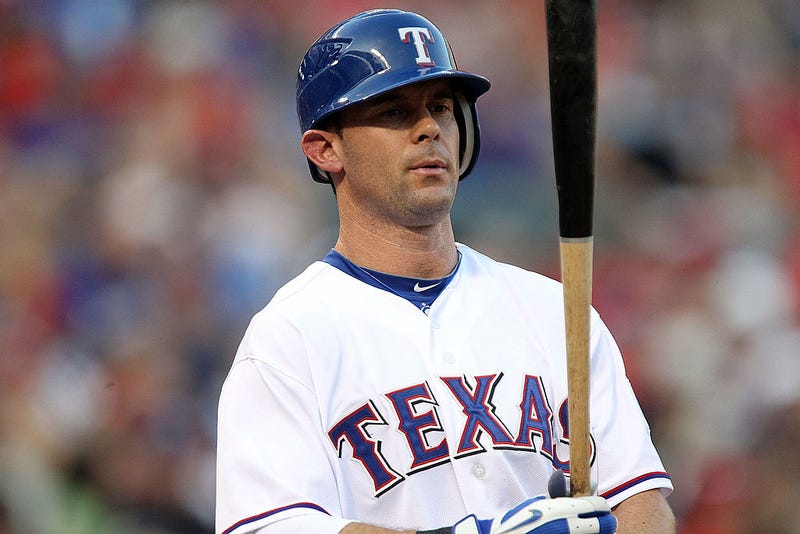 Michael Young was as reliable a hitter as the Rangers have ever had. Photo credit (Ronald Martinez/Getty Images)

Michael Young’s hitting abilities showed from day one, as he raked throughout the Toronto farm system at various levels. However, what the 2000 playoff-seeking Blue Jays needed was pitching, as young arms Roy Halladay (10.64 ERA on the season) and Chris Carpenter (6.26 ERA), perhaps ironically, were not getting it done by any means. The lineup sure was, as Carlos Delgado led a squad of bombers that finished second in baseball with 244 home runs.

So Esteban Loiaza is who they got, as his Texas Rangers sat near the bottom of the barrel. Loiaza was fine in his first season with the Blue Jays before his production dropped significantly, going 20-21 over the next two seasons with a 5.33 ERA. What’s worse: they allowed him to hit free agency after the 2002 season -- why wouldn’t they have? -- and he was brilliant in 2003 with the White Sox, finishing second in the Cy Young vote.

But what’s even more painful is that Young became the core of the Rangers offense for the next decade-plus, collecting 200 or more hits in six different seasons and earning seven All-Star selections throughout his career in Texas. 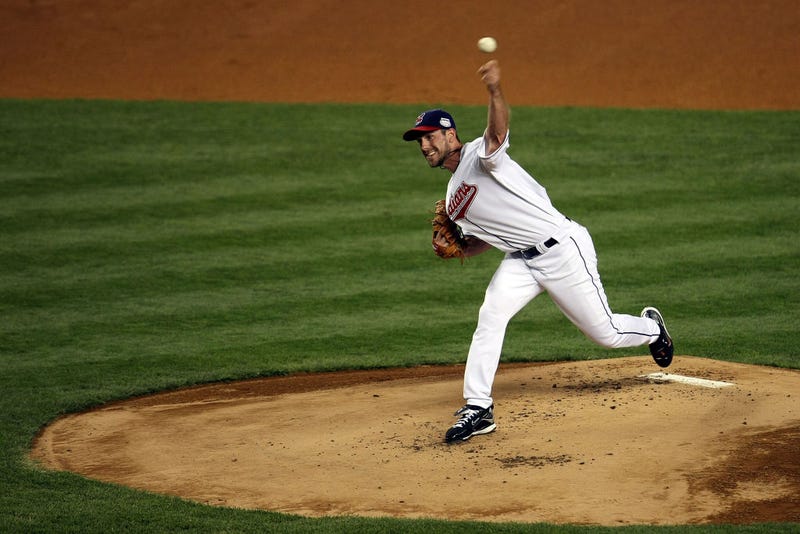 Desperate not to waste any more of Vladimir Guerrero’s precious prime, the Expos pushed all their chips to the center in 2002, trading the farm—which consisted of Cliff Lee, Brandon Phillips and Grady Sizemore—to Cleveland for emerging ace Bartolo Colon. Big Sexy’s Montreal tenure was uneventful—he only appeared in 17 games before shedding his Expos threads for White Sox colors the following year. Meanwhile, Lee ascended to Cy Young status in Cleveland with Sizemore earning a slew of All-Star nods before injuries robbed him of what could have been a Hall-of-Fame career. Phillips wasn’t long for Cleveland (he skipped town in 2006), but achieved considerable success elsewhere, logging three All-Star appearances, a Silver Slugger and four Gold Gloves over a decade-long stint in Cincinnati. Fun fact: Tim Drew, the lesser-known brother of former big-leaguers J.D. and Stephen, was also in the trade, accompanying Colon to Montreal, where he would ultimately post a listless 6.20 ERA over 13 games including two starts. Needless to say, the Expos, who have since gone the way of the Seattle Sonics and Hartford Whalers, got fleeced. 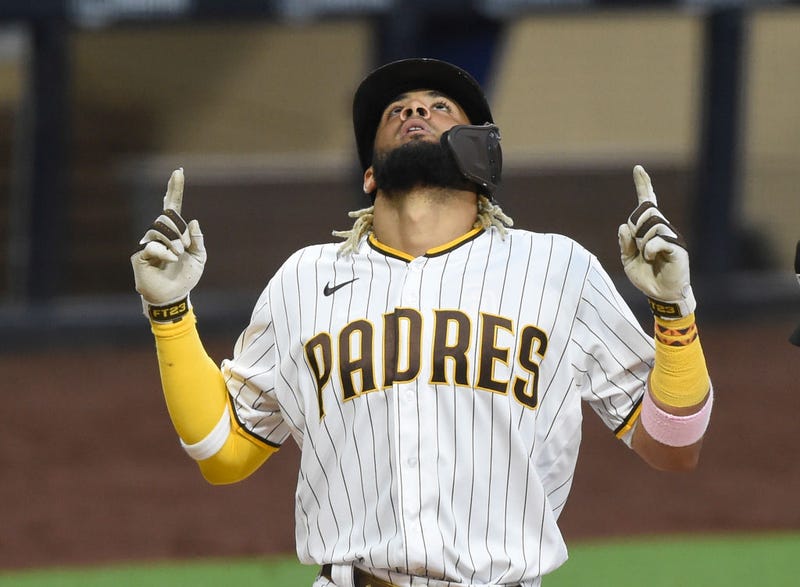 Fernando Tatis Jr. has become one of the faces of MLB. Photo credit (Denis Poroy/Getty Images)

The Padres Have the White Sox to Thank for Fernando Tatis Jr.

What did the Padres have to give up for him? James Shields, whose career in Chicago led to a 16-35 record, a 5.31 ERA and a whole lot of disappointment from the fan base. He became a free agent after the 2018 season and, despite throwing for a bunch of teams throughout 2019, it may very well be the case that MLB has seen the last of him.