How do you decide who should be the National League MVP when there are three legitimate finalists?

It's a question that many will have to wrestle with in the coming days, so I attempted to simplify it, at least by my standards.

I created a formula -- by no means am I a math expert -- that includes the offensive and defensive statistics that matter the most to me in determining a player's value to attempt to objectively determine a winner:

I wasn't sure what results the formula would produce, and didn't deviate from the numbers that it returned.

Additionally, team success -- or lack thereof -- was not considered. It shouldn't be seen a radical idea that you can provide the most value to your team but still not have the necessary supporting cast to contend. None of the three finalists -- Bryce Harper, Fernando Tatis Jr. and Juan Soto -- were on teams that made the playoffs. All three still had excellent seasons.

If I had a National League MVP ballot, here's how the top three spots would play out in it: 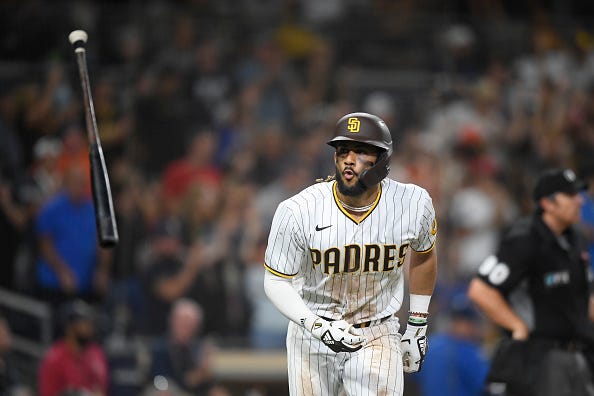 Fernando Tatis Jr. has become one of the faces of baseball. Photo credit (Denis Poroy/Getty Images)

I covered over 50 games this season at three different stadiums, including games where Bryce Harper, Juan Soto, Trea Turner, Jacob deGrom, Max Scherzer and Ronald Acuña Jr. were playing. By far the player that brought out the most young fans who probably wouldn't have otherwise been interested was Tatis, who spent a ton of time before each game signing autographs for kids. In some senses, young fans determine who the face of the game is, and in the 5-15 age group, Tatis is by far the most popular player. He's a tremendous ambassador for the game, and figures to win at least one NL MVP moving forward.

However, that likely won't be in 2021. My reasoning is that he didn't have the best season among position players in the National League. More traditional voters -- though I don't agree with this reasoning -- figure to heavily penalize him for the fact that the Padres went just 26-43 after the All-Star Break. 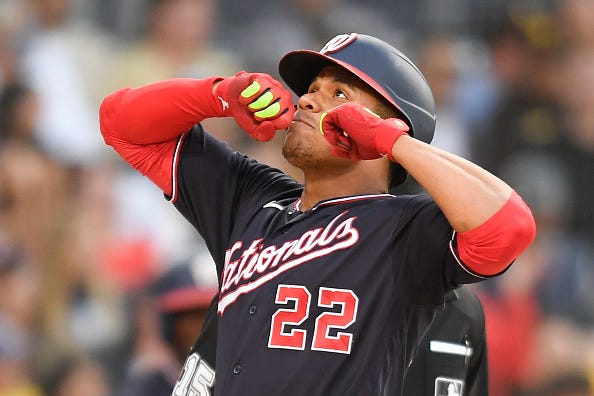 Juan Soto had his best season yet in 2021. Photo credit (Denis Poroy/Getty Images)

Since Barry Bonds last played in 2007, Soto is the closest thing to the seven-time NL MVP's offensive approach that I've seen. He showed that in the second half of the season, posting a 1.169 OPS after the All-Star Break, despite an already underwhelming Nationals team trading Trea Turner in late July.

The brilliance of Soto -- like it was on an even larger scale with Bonds -- is that he's going to capitalize on any mistakes you make, however infrequent they may be. If you don't let him beat you, he's happy to work a walk, as evidenced by the fact that he walked 145 times in 2021, the most walks in a single season since Bonds set the MLB record with a staggering 232 walks in 2004.

Soto finishes runner up in our formula, but that's simply based on the numbers. It's not his fault that the Nationals have lost Bryce Harper and Anthony Rendon in free agency in recent years, and then traded Max Scherzer and Turner before the trade deadline. The Nationals finishing at 65-97 should in no way hinder his chances of claiming his first NL MVP. 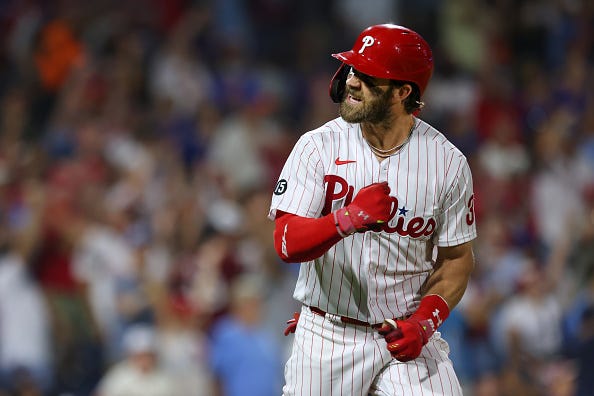 Bryce Harper had his best season with the Phillies in 2021. Photo credit (Rich Schultz/Getty Images)

Harper wasn't an All-Star in 2021, but neither was Jimmy Rollins when he won the 2007 NL MVP as a member of the Phillies. That's more of an indictment on the system of picking All-Stars in the middle of the season than Harper's MVP candidacy.

2021 didn't top Harper's historic 2015 season, but it's his second best overall campaign and certainly the finest season that the 28-year-old has had since joining the Phillies. Even with declining defensive metrics, Harper was such a force offensively that he was narrowly able to edge Soto out.

Harper ended his last meeting with the media during the regular season by thanking those that cover the team, and saying that "hopefully I'll talk to you guys in November," alluding to the Nov. 18 announcement of the NL MVP. If he wins the NL MVP, Harper will become the 32nd player in MLB history to win multiple league MVP awards. 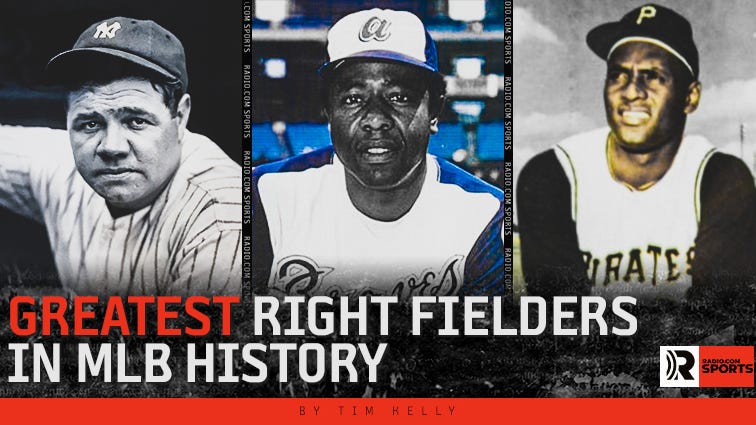