For as difficult as it was to pick the National League MVP, picking who should win the Cy Young Award from the senior circuit may actually be the hardest honor to decide on in 2021.

With NL MVP, we created one metric that totaled the most important statistics and whoever had the highest number was the most deserving. With pitching it's not that simple. In some cases, you want to have the highest number of a given statistic as a pitcher, but there are other numbers where the most dominant pitcher will turn in the lowest mark. So we created two different numbers as guides, the first of which lowest is the best, and the second of which highest is the best.

Again, neither of these outcomes was used solely to decide the order in a race with four legitimate competitors. The perfect pitcher would be the most dominant and lead the league in innings pitched, but that's not how things played out in 2021. So ultimately, you have to decide how to balance peak performance with total workload.

As with all individual awards, team success -- or lack thereof -- was not a consideration. Neither was whether a player spent the entire season with one team or was traded during the season.

With all that acknowledged, here's how our NL Cy Young Award ballot would look: 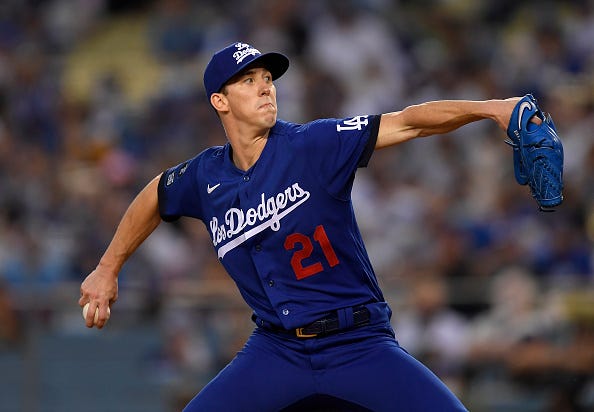 Walker Buehler had his best season yet in 2021. Photo credit (Kevork Djansezian/Getty Images)

Buehler actually had the second-best score in the second formula, but had -- by far -- the highest FIP and SIERA among all four candidates. He had an excellent 2021 season and is a frontline starter, but when you look to distinguish candidates, factors like that come into play. 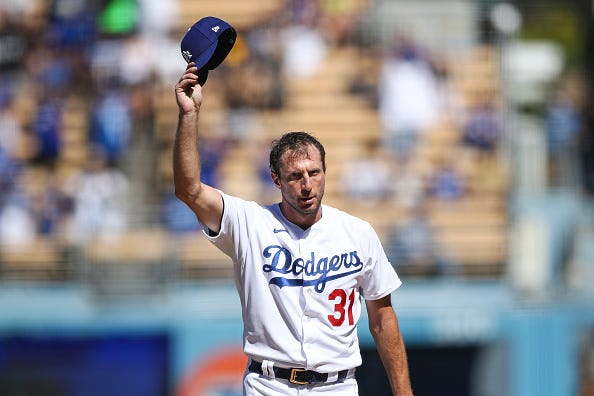 In Scherzer's first nine starts after being traded to the Dodgers, he allowed just five earned runs. However, his case really hit a wall in his final two starts, as he allowed 10 earned runs in 10 1/3 innings. He maybe has the best balance between being dominant for stretches and pitching quite a few innings, although he wasn't quite dominant enough or enough of a workhorse to earn him his fourth career Cy Young Award. Instead, he'll have to settle for his eighth top-five finish in voting for the award, which further bolsters his Hall of Fame case. It also sets up the 37-year-old to make quite a bit of money in free agency this winter. 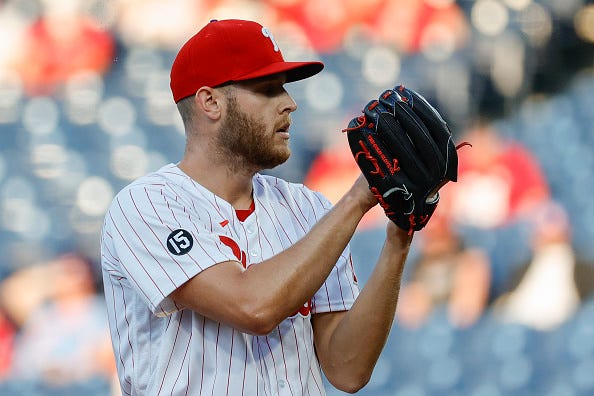 Zack Wheeler had the best season of his career in 2021. Photo credit (Tim Nwachukwu/Getty Images)

After years of flashing front-line potential with the Mets, Wheeler turned in one of the best seasons in Phillies franchise history in 2021. While his ERA and SIERA may not scream Cy Young Award winner, Wheeler was baseball's most durable starter in 2021. A season after throwing 71 innings in the pandemic-shortened 2020 season, Wheeler led baseball with 213 1/3 innings pitched, while also finishing in a tie for most complete-game shutouts (2) and complete games (3). We don't expect that he'll ultimately win the award, but he's hardly undeserving. 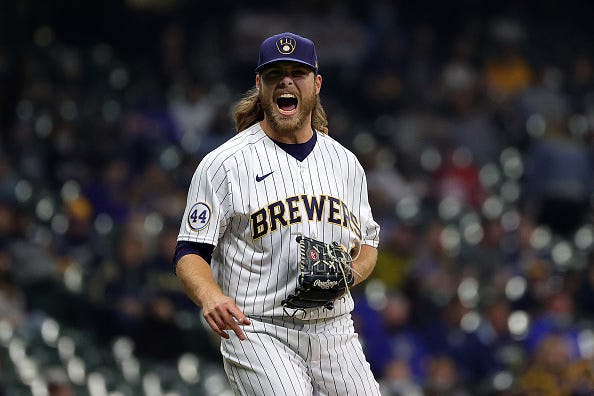 Corbin Burnes was the most dominant pitcher in the NL in 2021. Photo credit (Stacy Revere/Getty Images)

This will be a polarizing pick when you consider that Burnes threw 46 1/3 less innings than Wheeler. Burnes was not a horse in the sense that that we typically expect Cy Young Award candidates to be, but once Jacob deGrom went down, he was easily the most dominant pitcher in the sport. Even if it wasn't over 200+ innings, a 1.63 FIP over a full season is insane. It's the type of thing that peak-Pedro Martinez would do. Burnes also finished with the lead in fWAR among starting pitchers at 7.5. Ideally, he would have racked up 15 or 20 more innings, but he may have been dominant enough in the innings that he did pitch to win the NL Cy Young Award anyway. Who should win the NL MVP? Ranking the 4 candidates in a razor-thin race