It's too early to say that the 10-year/$341 million deal that the New York Mets signed Francisco Lindor to after acquiring him from Cleveland was a mistake, but Steve Cohen and company perhaps wish they would have waited until after the four-time All-Star's first season in Queens to make such an ambitious commitment.

The reality is that the way Lindor -- currently on the injured list with a right oblique strain -- has played in 2021 almost certainly wouldn't have earned him that deal even on the free agent market.

But there's a realistic chance that if the Mets had allowed Lindor to play out his contract year, he may have had to settle for a qualifying offer this offseason to rebuild his value, rather than inking a deal that runs through the 2031 season. If Lindor declined the qualifying offer, the Mets could have attempted to re-sign him to lesser deal on the free-agent market, or collected draft compensation if he departed. It's not like there wouldn't have been other options at shortstop to pivot to -- Carlos Correa, Corey Seager, Trevor Story, Javier Báez and Brandon Crawford can all become free agents this offseason.

We're not going to bet against Lindor figuring things out, but if he peaked in Cleveland, that's a scary proposition for the Mets when you consider that his new contract won't even begin until the 2022 season.

While we wait to see how Lindor's deal pans out, here are the 12 worst contracts in baseball currently, with MLB's trade deadline having recently passed: 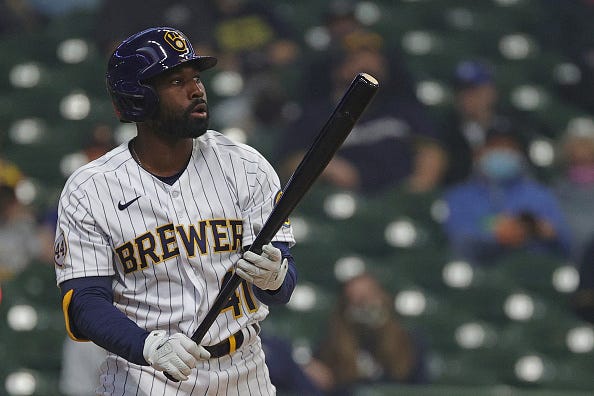 A former Boston Red Sox fan-favorite, Bradley remains a tremendous defender. The problem is that in his first season, his offensive output has been so poor -- .177/.253/.293 with a .546 OPS -- that Bradley has still been one of the least valuable players in the league. Bradley can opt out of his two-year/$24 million deal after this season, but he almost certainly won't considering he's due to make $9.5 million in 2022. Bradley's deal includes a mutual $12 million option for 2023, which the Brewers will probably decline, forcing them to pay an $8 million buyout. This deal could really hamper a team that's not typically a major spender. 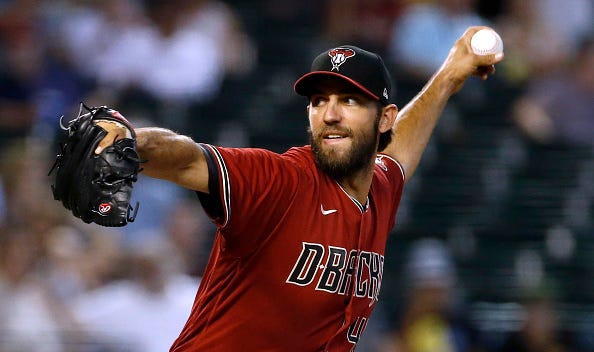 Bumgarner is arguably the greatest postseason pitcher in MLB history, but he hasn't appeared in the playoffs since 2016 and is part of a roster unlikely to return anytime soon. Bumgarner did pitch a non-no-hitter in a seven-inning game earlier this season, but soon-to-be 32-year-old has a 5.43 ERA in 24 starts in Arizona. 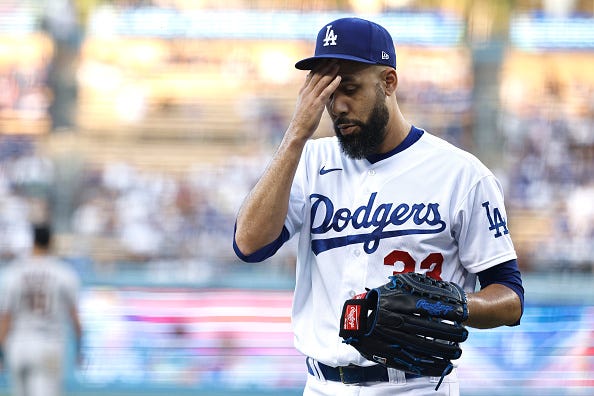 Price did help the Boston Red Sox to win the 2018 World Series during this deal, but the former American League Cy Young Award winner has a 3.83 ERA since the start of this deal -- not a disastrous mark, but not worthy of this deal either. 2022 will be the final season of Price's deal, and he'll make $32 million. The Red Sox were supposed to be on the hook for $48 million over the final three seasons of Price's contract as part of the Mookie Betts trade made before the 2020 campaign. Price opting out of the 2020 season lessened that amount slightly, but Boston will still pay half of Price's salary in 2022. 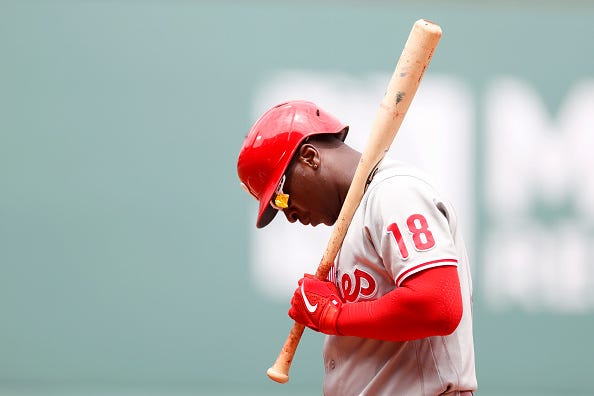 Didi Gregorius has struggled in his second season with the Phillies. Photo credit (Maddie Meyer/Getty Images)