If there were any lingering questions about his future, Gerrit Cole seemed to clear them up after the Houston Astros lost Game 7 of the World Series to the Washington Nationals Wednesday night. He's going to be a free-agent this offseason, and almost certainly not going to return.

Following the Astros 6-2 loss, Cole was approached by the media. Apparently, he was initially hesitant to speak, citing the fact that as an impending free-agent, he's "technically unemployed." Ultimately, as he donned a Boras Corporation hat, the expected American League Cy Young Award winner spoke.

"[I made] A lot of good friendships [in Houston], I learned a lot about pitching...from my teammates...from the pitching coaches and pitching staff...I learned a lot more about the game from [manager] A.J. [Hinch]...and it was just a pleasure to play in the city of Houston," Cole said to the collective media, including Daniel Gotera of KHOU TV.

Throughout the MLB postseason, it's been one of the worst-kept secrets in the sport that an exit from Cole after the season was likely. In 2019, he was arguably the best pitcher in the sport, going 20-5 with a 2.50 ERA, 2.64 FIP and 7.4 fWAR. Pitchers like that rarely reach free-agency before their 30th birthday - if at all. And Astros owner Jim Crane has previously said that the team would "prefer not" to go over the luxury tax in an attempt to retain Cole. 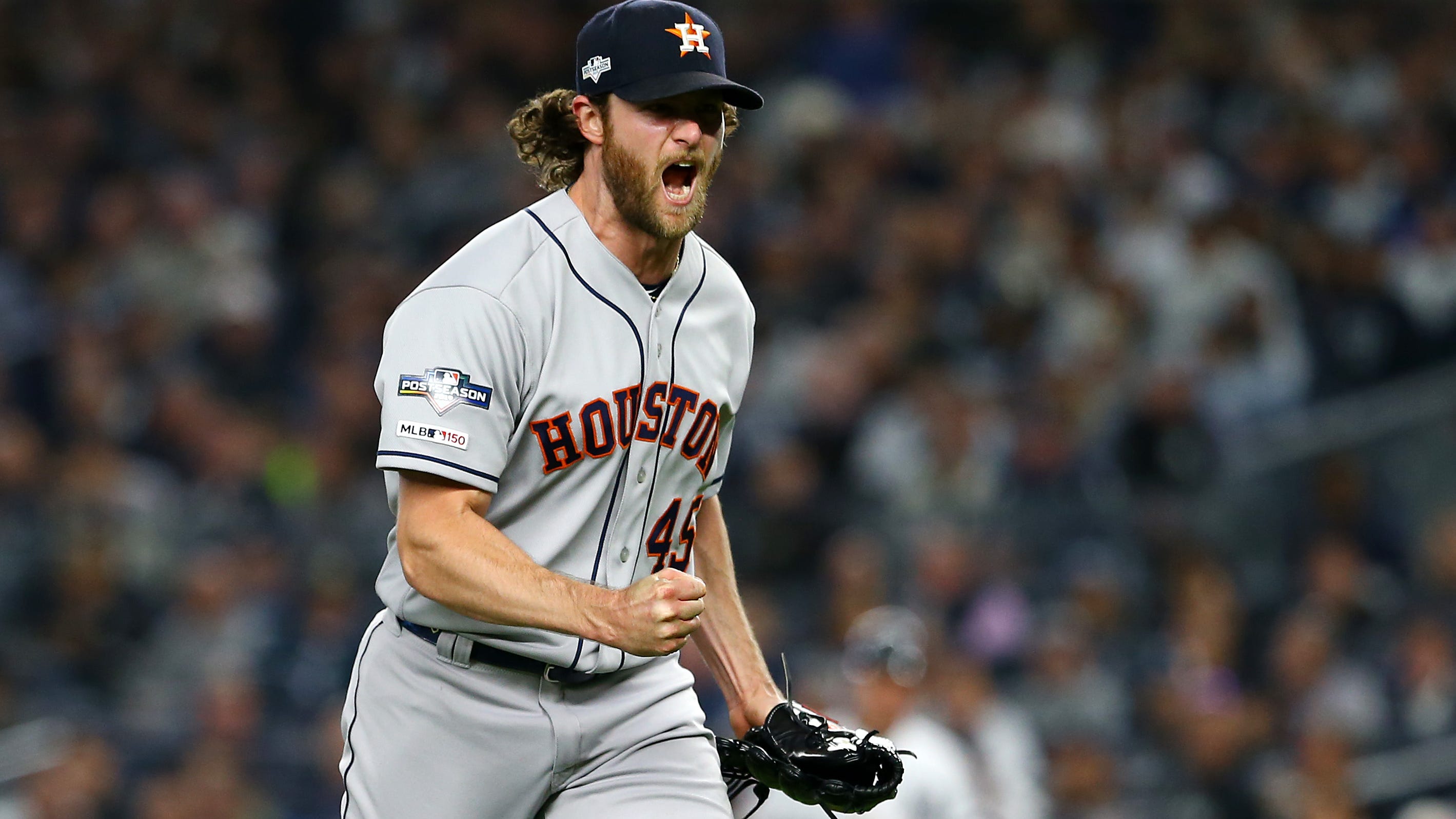 What Will Gerrit Cole’s Contract Look Like in 2020 Free Agency?

Additionally, a bevy of other major-market teams are expected to show interest in Cole on the open market. The New York Yankees suffered a disappointing ALCS exit to Cole and the Astros. The Los Angeles Dodgers lost to the eventual World Series Champion Nationals in the NLDS, and still haven't won a World Series since 1988. The Philadelphia Phillies went just 81-81 after signing Bryce Harper and trading for J.T. Realmuto. The Los Angeles Angels are desperate to build a contender around Mike Trout, and with Cole from Orange County, ESPN's Buster Olney says that the "industry expectation" is that Cole will sign with the Halos.

Still, to hear Cole so open about the realization that this was likely his final game as a member of the Astros felt borderline shocking. It was especially surprising to hear him thinking at all about his future after he had controversially been left in the bullpen - despite warming up multiple times - as the Astros blew a lead in Game 7 of the World Series.

But perhaps his honesty was refreshing. He had an incredible two-year run with the Astros, going 35-10 in the regular season and posting a combined 2.68 ERA. He cherished his time with the Astros - even if the likely ending was less-than-ideal.

"I said it earlier - I'm going to have some friends from this clubhouse probably for the rest of my life. So you just don't take situations like that for granted. And winning a lot, is fun."