Born in Venezuela and bound for Cooperstown, Miguel Cabrera etched his place in baseball history Sunday afternoon in Toronto.

Cabrera drilled a changeup from Steven Matz over the right center field fence in the sixth inning against the Blue Jays for the 500th home run of his Hall of Fame career.

He becomes the 28th member to join the 500-homer club, and the first to do so as a member of the Tigers. The lion's share of Cabrera's long balls -- 362, to be exact -- have come following the trade that sent him from the Marlins to the Tigers in 2007.

The 11-time All-Star is also on on the verge of becoming just the seventh player ever to record 500 homers and 3,000 hits, a club comprised of Hank Aaron, Willie Mays, Eddie Murray, Rafael Palmeiro, Alex Rodriguez and Albert Pujols. And Cabrera could be the first to reach both milestones in the same season. He's now 46 hits shy of 3,000. 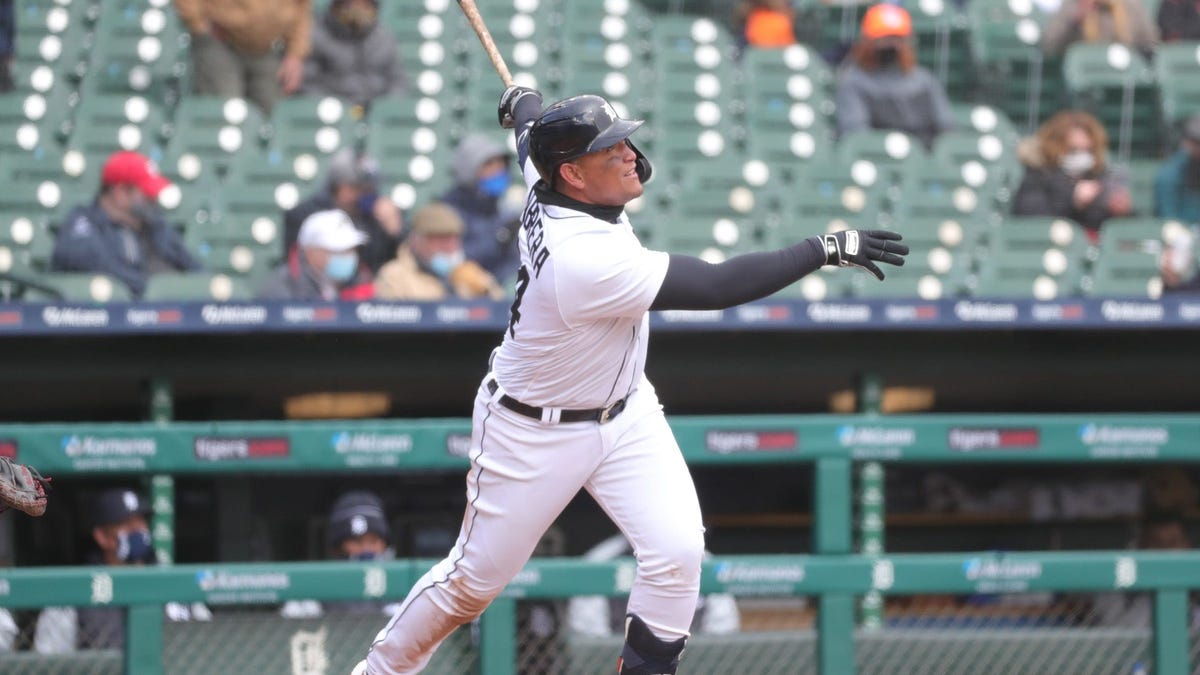 Pat Caputo: How Miggy compares as an all-time great hitter

It might be a long while before the 500-homer club gains another member. Nelson Cruz is next in line among active players with 443 bombs, but he's 41 years old. The best bet might be Mike Trout, who has 310 homers at age 30. (Cabrera had 365 homers at the end of his age-30 season.) Giancarlo Stanton, with 331 homers at the age of 31, will make a push as well.

That Trout and Stanton, two of the premier sluggers in the game, remain so far away is a tribute to Cabrera's accomplishment -- which grows more impressive still when you consider he's played most of his career in one of the biggest ballparks in the league.

As Cabrera's former teammate Nick Castellanos once said, "Let’s just say Miggy played his whole career in Yankee Stadium or Great American Ballpark. Him and (Barry) Bonds are already the greatest hitters, period, there’s no discussion – but the fact that he’s played in Pro Player Stadium, the Marlins’ old park, and then Comerica Park, there’s a discussion."

Cabrera, 38, has two seasons remaining on a deal that pays him $32 million per year. The Tigers are paying him now for yesteryear's homers, a troubling truth that on this day was trite. Some homers are priceless.