J.T. Realmuto is the best catcher in baseball for the typical reasons. He can hit better than most backstops, with the eighth-highest OPS (.785) of 55 catchers since 2000 who logged 2,500 plate appearances. He can field better than most backstops, with the highest FanGraphs Defense metric among 34 catchers with 1,000 innings logged over the past three years.

And in terms of baser unning, there is perhaps no one better in the modern history of the game. Since 1950, 374 catchers qualify for playing time on FanGraphs statistical rankings for their "Base Running" metric, which is an "all encompassing base running statistic that turns stolen bases, caught stealings, and other base running plays (taking extra bases, being thrown out on the bases, etc) into runs above and below average." Guess who's No. 1, without a particularly close runner-up?

It's Realmuto, whose score of 18.4 is much higher than second-place Eli Marrero (11.0) and the rest of the top five, comprised of John Wathan, Darren Daulton and Sherm Lollar. Maybe it's because he's more athletic. Maybe he's just got a higher IQ than most. Maybe it's the hustle. And maybe it's a combination of all three, as represented in the below highlight (via MLB Film Room).

Sure, a lot of why that play occurred was because of Nationals first baseman Josh Bell's less-than-stellar effort. You can almost guarantee that someone like Matt Olson or Anthony Rizzo would have found it in them to hustle just a little bit harder in that five-foot run, but that just wasn't the case with the 6-foot-4, 255-pound Bell. But let's not discount Realmuto's awareness and determination, either. It was previously unheard of for a player to beat out a ground ball to first base, other than when MLB's brightest star was able to do so... because, well, what can't he do? 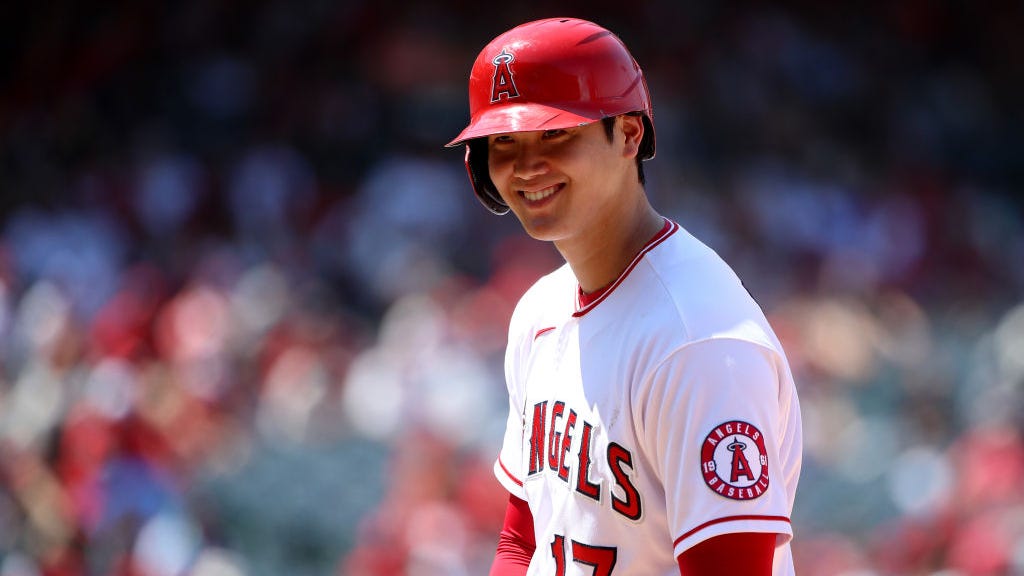 That's what separates the good from the great, and the great from elite. Even when they hit routine ground balls to first, the play certainly isn't over... but it doesn't hurt that they're often hitting bombs and making highlight plays as well.