Francisco Lindor's underwhelming first half as a New York Met has earned him an award that you don't want to be a recipient of.

"As I asked around for nominees for this prestigious half-award, I was shocked by the number of people who thought the answer had to be Lindor. I’ll admit I didn’t want to go there, because it’s been so much fun to watch this man play baseball, in that charismatic way of his, in those great Cleveland years.

"But you know what doesn’t matter to anybody riding the No. 7 train? Those great Cleveland years. They expected more. His team needed more. And this hasn’t fit anybody’s definition of what $341 million is supposed to buy you."

Stark would go on to note that while Lindor certainly hasn't been the worst regular in the National League - Alec Bohm, Eric Hosmer and Jackie Bradley Jr. are among those who have cases - part of this selection has to do with what is expected from you. Lindor hit .370 with four home runs and 14 RBIs in spring training, leading some to predict that he would win the National League MVP in his first season in Queens. Instead, the four-time All-Star is slashing just .220/.318/.356 with a .674 OPS.

In some senses, the fact that Lindor really hasn't clicked offensively at all in 2021 could be seen as a positive for the Mets. At 45-38, the Mets are in first place in the National League East, despite down years thus far from Lindor, Michael Conforto and Dominic Smith. If even two of those three get hot in the second half of the season, the Mets could run away with what's turned into a pretty underwhelming division.

However, the Mets signed Lindor to a 10-year/$341 million extension that won't begin until 2022 before he ever played a game for them. With the benefit of hindsight, they may wish that they waited until after 2021 - which would have been a contract year - to make (or not make) such a long-term investment. 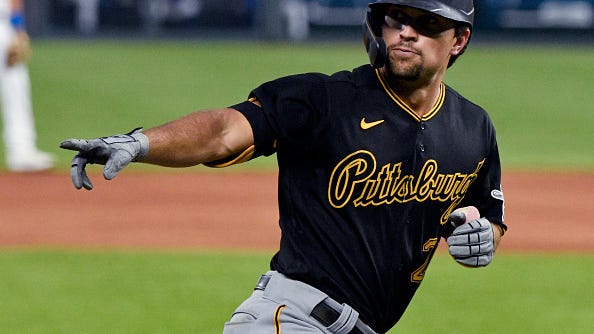