Remember when the Washington Nationals got a big lead on the San Diego Padres early and proceeded to lose it, largely in part to a rookie relief pitcher's insanely random grand slam? 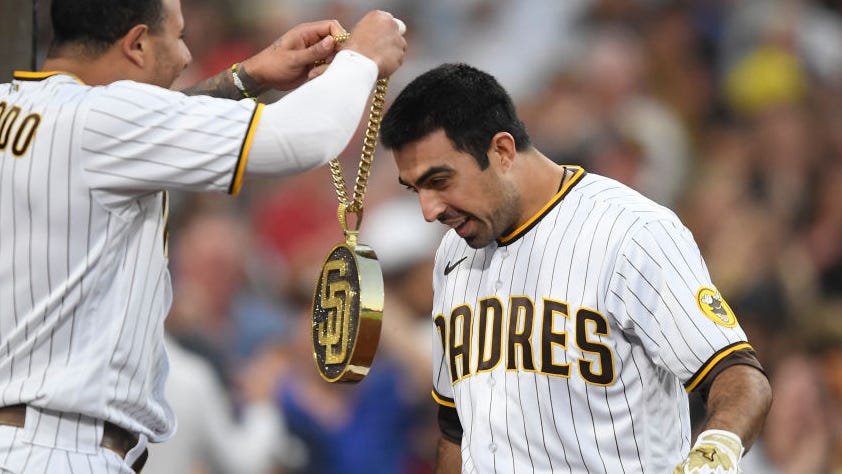 Yeah. That wasn't going to happen again. This time, the Nationals were going to go up big on an opponent, and they were going to keep it that way. After surrendering 41 runs to those same darn Padres over a three-game series, one that ended in a walk-off hit from Alcides Escobar, Washington let everything out against the poor, unsuspecting Miami Marlins. It was 4-0 after the first inning, thanks in part to a Juan Soto home run. It was 10-0 after the second inning, thanks in part to a Trea Turner home run and Tres Barrera's first career dinger.

And then, to make things worse, Jon Lester strode to the plate in the fifth inning and absolutely ruined a baseball, sending it deep over the fence in right-center.

Lester did not hit a home run, or even record a hit, in the first nine seasons (36 at-bats) of his career. It wasn't until he came to the National League, at age 31, that he recorded his first career base knock, after an MLB record 0-for-66 start. That same Lester learned kind of quickly, though, homering at 33 and proceeding to hit one in each of the next two seasons as well. And considering the 2020 season hardly counts because of the implementation of the Universal DH, you can now make it four straight seasons in which Lester has hit a home run.

That sounds like a stat worthy of digging into, don't you think? As it turns out, Lester is one of only three pitchers — Shohei Ohtani doesn't count because more than 50 percent of his career games have come as a non-pitcher — since 2017 with four or more home runs, joining Michael Lorenzen and Madison Bumgarner (via Stathead). Lester was also the oldest pitcher to hit a home run in a game since Bartolo Colon did it at 42 years old in 2016 (via Darren M. Haynes).

Did we mention that he also threw 7.0 scoreless innings with seven strikeouts and that the Nationals have scored six more runs over the course of writing this article? Pretty wild night, isn't it?