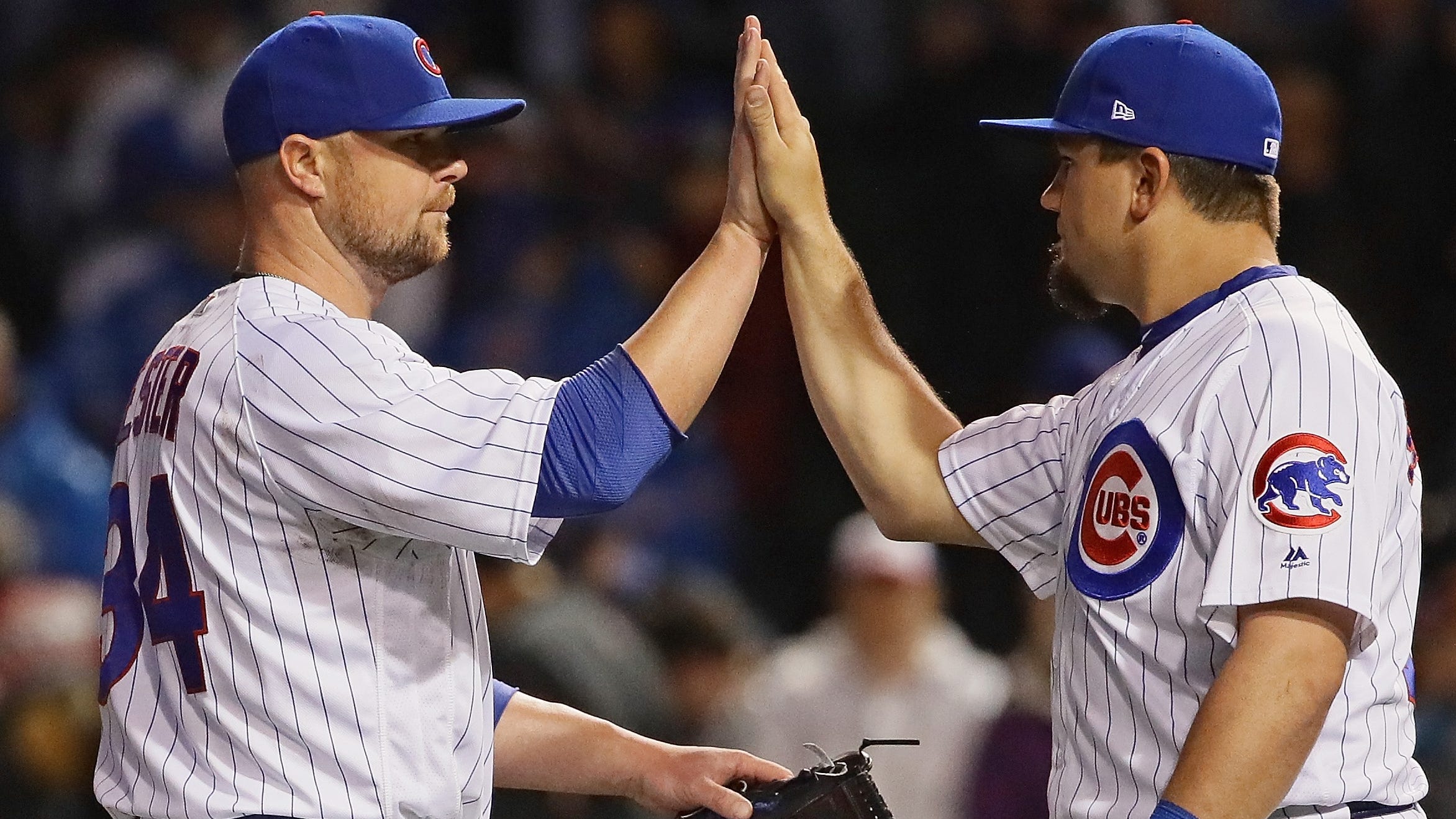 A little over a week after the Washington Nationals signed the powerful Schwarber to a one-year deal worth $10 million, they made another splash in free agency involving — you guessed it — Lester.

A number of reports, including that of ESPN's Jeff Passan, say that it's a one-year deal with an option.

Left-handed starter Jon Lester and the Washington Nationals are in agreement on a one-year deal with a mutual option, pending physical, sources familiar with the contract told ESPN.

After a phenomenal six years in Chicago, Lester off to D.C. to join Scherzer, Strasburg, Corbin.

As Passan notes, he'll join the Nationals' fantastic starting rotation alongside Max Scherzer, Stephen Strasburg and Patrick Corbin. And just like how Schwarber helped to balance the lineup as a left-handed bat in the middle of the order, Lester will join Corbin as a left-handed starter to counter righties Scherzer and Strasburg.

Lester's six-year stint in Chicago ends with a 77-44 record and a 3.64 ERA, including two All-Star seasons in 2016 and 2018. According to RADIO.COM Sports MLB insider Bob Nightengale, Lester was looking to get career win 200 in Chicago — he's currently at 193 — but this deal obviously prevents that from occurring.

Jon Lester had badly wanted to return to Chicago to get his 200th victory in a #Cubs uniform being signing with the #Nats.

The news comes after MLB insiders Jon Greenberg and Ken Rosenthal reported talks of interest from the two parties.