Josh Reddick watched from afar as the Braves and Astros battled it out in the 2021 World Series, with Atlanta ultimately getting the victory in Game 6. But he wasn't far removed from being a part of that Astros team himself — he was there from 2017 to 2020 — and he experienced the highs and lows of being on that squad.

The highs? A whole lot of success at the time. The lows? One of sports' biggest cheating scandals we've ever seen, dampening much of the aforementioned success.

Practically every single clue that could lead internet sleuths closer to uncovering the Astros' dishonest ways was dug up, though some of them went too far. One of those was a "buzzer" seen on Reddick's shoulder during a postgame interview, pictured here:

What was it actually? A piece of harmless, innocent gold confetti. And though the Astros did definitely cheat and paid the price for doing so, Reddick decided to look back on the incident directly related to him and poke fun at all the pieces of golden confetti — or "buzzers" — that were raining down on the Braves when they celebrated their title.

Look at all those “buzzers” flying around! pic.twitter.com/TgLC0mwQr1

Envious of Freddie and the Braves. But not jealous. They deserve it. Not bashing Freddie either. Was just a great picture

Say what you will, but I don't think it's too out of line for Reddick to make the joke. After all, he was at the receiving end of quite a few this past season, with the return of fans making the lives of current and former Astros undesirable on the road. 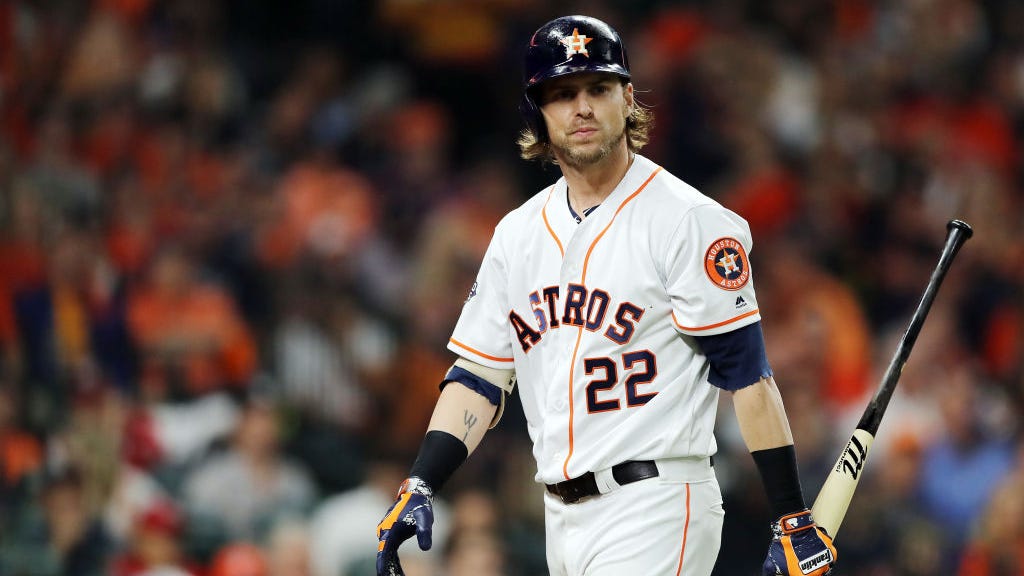 Reddick spent the bulk of 2021 with the Arizona Diamondbacks, batting .258 in a limited sample size before he was released in August. The Mets then signed him to a minor league deal, but he was released again at the end of August.