Major League Baseball commissioner Rob Manfred is once again in the crosshairs amid the league’s enforcement of routine inspections on pitchers to check for foreign substances they may be applying to the ball.

Washington Nationals ace Max Scherzer criticized the crackdown as the “Manfred rules” after he was checked three times on Tuesday — the third initiated by Phillies manager Joe Girardi which resulted in a visibly frustrated Scherzer and some angry words exchanged between the clubs that eventually led to Girardi being ejected.

Scherzer told reporters they should ask Manfred, who has not held any general media availability since February of last year, about how to handle this problem.

Manfred finally spoke publicly late Wednesday in an exclusive Q&A with The Athletic about the recent decision to begin checking pitchers for sticky substances being put on the baseballs.

“My view is the first two days have gone very well,” he said. “We’ve had no ejections [for foreign substances], players in general have been extremely cooperative, the inspections have taken place quickly and between innings. Frankly, the data suggests that we are making progress with respect to the issues [in spin rate] that caused us to undertake the effort in the first place.

“I understand the incident in Philadelphia was less than ideal, but that was one incident. And we expect that we will continue, as the vast majority of cases so far, without that kind of incident.”

Scherzer was not the only one to make a mockery out of the inspection, though. A’s reliever Sergio Romo dropped his pants when he was asked to be checked.

Meanwhile, Yankees reliever Zach Britton said the optics were “embarrassing” and that he would like to hear from Manfred.

Manfred, however, says that the league has been transparent with the players since the beginning of the year about this particular issue.

“First of all, it would be incorrect, blatantly incorrect, to assume that the players and the union did not a) provide input into what we are doing and b) have additional opportunities to provide input that they did not take advantage of,” he said. “The transparency that I owe is to the players. We were really transparent from the beginning of the year that this was an issue of concern to us and that things needed to change.

“That’s why we were collecting information. We were clear in the March memo we sent out if things didn’t change there was going to be discipline. We, around the owners meetings there was a ton of publicity around the fact that things had not changed. In fact, they had gotten worse.”

Manfred said it is too soon to determine whether or not the current process will continue as is or change in the future, but, in a question involving what happened during the Nationals-Phillies game, the commissioner added that managers have always had the right to challenge if a player is using foreign substances and is comfortable keeping it that way.

“I have great respect for two aspects of managers: a) their understanding for what’s going on the field and b) good judgment they have in terms of not creating spectacles on the field. In general, I respect both of those things,” he said. “As of right now, I’m comfortable with the rule [managers can request umpires to inspect a pitcher] the way it is.

“We did make a point, we appreciated the possibility of gamesmanship, and if in fact it becomes a problem we will deal with it. We made the point in the memorandum.”

As far as whether or not Manfred will continue to be publicly available to speak on these matters, he said it is best to have the people who have been hands-on with the issue to be available, but he says he is not reluctant to speak if anyone asks him.

“Every year since I’ve been commissioner, with the exception of last year, I have had at least two availabilities a year. … I fully expect this year I will get back on my regular routine. I have not been reluctant to talk on this topic. When people call, I am taking the call.” 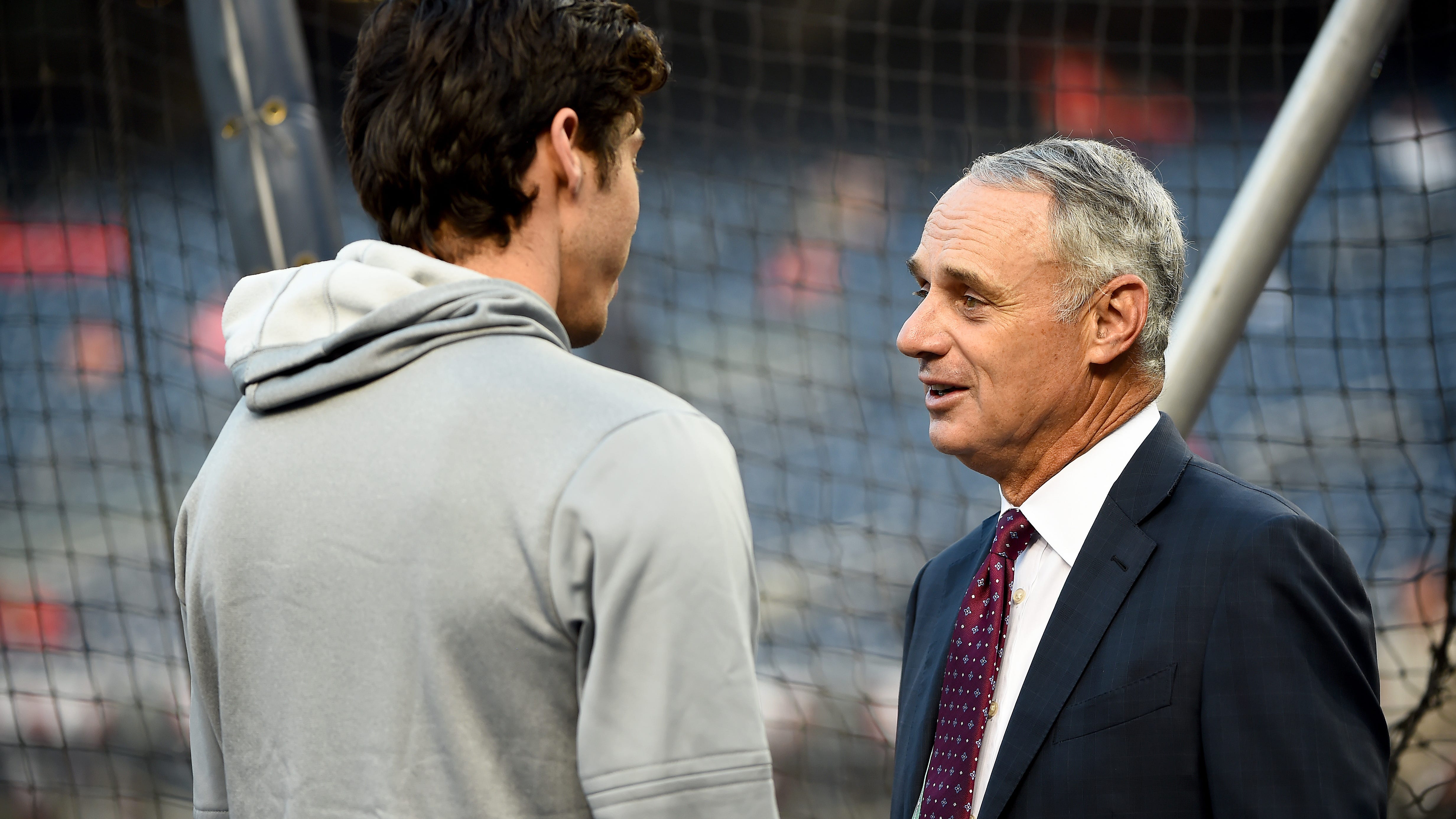