As they look to further strengthen their status as the top team in the National League East, the New York Mets have shown some level of interest in two Minnesota Twins stars.

Dan Hayes of The Athletic reports that the Mets have "previously expressed interest" in righty José Berríos. He adds that "currently there's little traction. between the teams."

It's unclear exactly when this took place, but seemingly the Mets are aware that in what figures to be a relatively thin trade market, Berríos might be the most intriguing arm available. And while the Twins don't need to trade Berríos - who has one remaining year of arbitration eligibility - he may never be more coveted.

With a top three of Jacob deGrom, Marcus Stroman and Taijuan Walker, it perhaps isn't urgent for Sandy Alderson and company to add another arm, but you can never have too many. The Mets don't know when - if at all - Noah Syndergaard and Carlos Carrasco will return. Berríos could also offer an insurance option in 2022 if Stroman and/or Syndergaard depart in free agency this upcoming offseason.

Additionally, Hayes says that the Mets have "inquired" about the availability of former American League MVP Josh Donaldson, though there's no evidence talks preceded past that.

Donaldson is slashing .249/.346/.484 with 13 home runs, 34 RBIs and an .830 OPS in 2021. The 35-year-old isn't the player that he once was, but could seemingly be a tremendous addition for a contender in need of another big bat. Donaldson would be a clear upgrade over Jonathan Villar or J.D. Davis, who is currently on the injured list with a left hand injury.

A three-time All-Star, Donaldson is owed $42 million over the next two seasons. His four-year/$92 million deal also includes a $16 million club option for 2024, which comes with an $8 million buyout. Certainly, the Twins would have to include some degree of cash to facilitate a trade, which Hayes says that general manager Thad Levine and company have "privately indicated" they may be willing to do in the right situation.

Also of note is that Donaldson - who did spend the 2019 season in the National League East as a member of the Atlanta Braves - has a five-team no-trade clause. That leaves him thin on what teams he could prevent a deal to, but agents are usually pretty good at anticipating what teams may need upgrades at certain positions at the trade deadline. So it's entirely possible that the Mets are one of the five teams Donaldson could block a deal to, or at least ask to do something like guarantee his $16 million option in 2024 for him to waive his no-trade clause.

It may be that someone like Kris Bryant - who can become a free agent after the 2021 season - would be a more realistic target if the Mets choose to attempt to make a splash at third base. 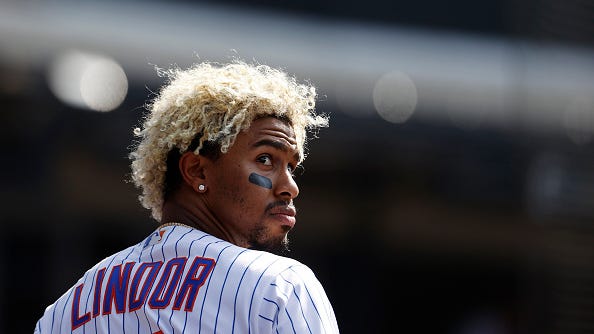