Michele Tafoya cannot believe why everyone is so upset with her Shohei Ohtani tweet.

The former NBC sideline reporter was watching the Angels game on Saturday night when she tweeted “enough about the Ohtani baseball chatter!”

Apparently, she literally meant the baseball Ohtani had hit, not the star player himself she said in a tweet on Monday.

Really? If you read the tweet again, I said enough with the talk about the Ohtani “baseball.” IMHO, the broadcast went overboard showing the actual BALL — maybe more than they showed Ohtani. The home run was fantastic, the coverage of the physical baseball was a little much.

It was Ohtani’s 100th career home run — a significant milestone as he became just the third Japanese player to accomplish the feat and joined only Babe Ruth to have 100 home runs and 250 strikeouts.

Tafoya further clarified herself to Ryan Glasspiegel of the New York Post, explaining that as she watched the game with her husband and son they all felt the broadcast booth spent way too much time over the actual ball.

“We are laughing because they did not stop talking about this baseball and how someone brought it to their booth, and people taking pictures of it, and on and on and on and on,” she said. “We started cracking up. It was like the Tedy Bruschi game. When he came back from a stroke, it was almost the entire four quarters of the football game was about Tedy Bruschi regardless of what wasgoing on on the field.

“It was just overkill on this baseball, in our opinion. I wasn’t upset. It was sort of, ‘come on you guys!’”

As for Ohtani, Tafoya said she is a fan of the player and thought the milestone was special.

“[The tweet] was more sarcastic, it was like ‘We see the baseball,’” she said. “The moment itself was an amazing moment. This guy’s is incredible. Ohtani is a freaking miracle. He’s awesome.” 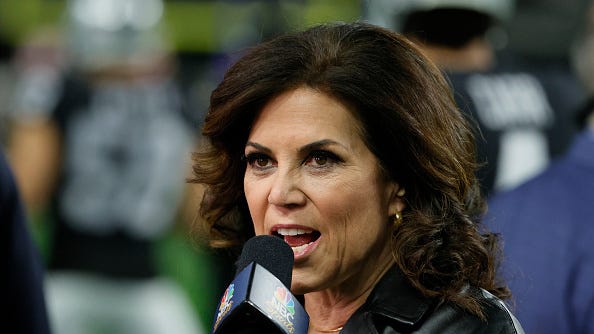