This decade, there have been nine seasons in baseball where a player has posted an fWAR of nine or better. Five of them belong to Mike Trout. By the end of the year, that number will almost certainly increase to six, as Trout is having another all-time great season in 2019.

Still just 28, Trout is slashing .293/.436/.651 with 43 home runs, 100 RBIs, 181 weighted runs created and an 8.4 fWAR in 126 games. Trout missed Wednesday’s Los Angeles Angels game with what’s being called a minor foot injury. He dealt with a groin injury early in the season. But as has been on the case throughout the course of his career, when Trout’s on the field, he’s the best player in baseball (usually by a country mile).

Despite great seasons from Boston Red Sox shortstop Xander Bogaerts, Houston Astros shortstop Alex Bregman and New York Yankees second baseman DJ LeMahieu, Trout’s likely to run away with his third American League MVP. Perhaps more impressive is that 2019 is Trout’s eighth full major league season. Even if he doesn’t play another game this year - which, of course, he will - he would finish in the top five in American League MVP voting, something he’s done every full season of his already illustrious career.

In some senses, it’s easy to get lulled to sleep by Trout’s greatness. He plays for an Angels team that’s 23.5 games back of the Astros in the American League West and has only reached the postseason once in his career. Unlike Milwaukee Brewers right fielder Christian Yelich or Los Angeles Dodgers Cody Bellinger, he didn’t ease into greatness - he’s pretty much been an all-time great since 2012, his first full major league season. 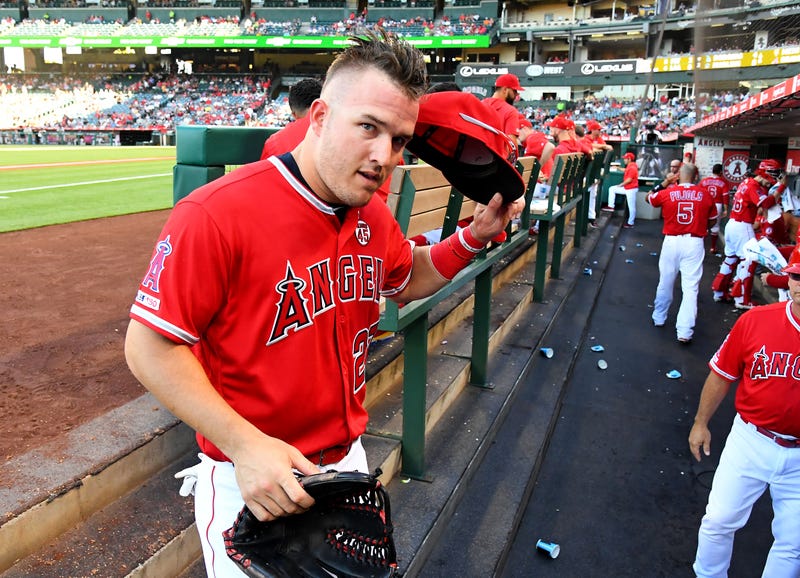 But to take for granted Trout’s dominance would be the baseball equivalent of having failed to fully appreciate the peaks of Michael Jordan or LeBron James. Trout’s that great.

Consider this: Bryce Harper’s 2015 National League MVP season with the Washington Nationals is considered one of the best offensive seasons in modern MLB history. And it was. Harper finished the season with a staggering 9.3 fWAR. Trout has posted a 9.3 fWAR or better five times in his career and is likely to do so again before the 2019 campaign wraps up.

There aren’t many things that Trout hasn’t already accomplished in his career, but topping the 50 home run mark in an individual season is one of those. Well, he’s only seven home runs away for doing so for the first time. He’s likely to eclipse the 300 home run mark sometime early in 2020, his age-29 season. For reference, Willie Mays, who finished his career with 660 home runs, hit his 300th home run in his age-30 season.

But that’s the thing; Trout’s peers aren’t Betts, Harper, Yelich or Bellinger. Maybe for individual seasons they have been, but in the totality of his career, Trout’s a lot closer to being a peer of Mays, Hank Aaron, Babe Ruth, Alex Rodriguez and Barry Bonds. He could retire today and be elected to the Hall of Fame. But given that he’s putting together another prolific season, it appears that Trout is positioning himself for a spot on baseball’s Mount Rushmore.