MLB has responded to Dodgers star Justin Turner's apparent violation of coronavirus protocols when he took the field with his teammates to celebrate their World Series victory after he had tested positive.

The league on Wednesday released a statement condemning Turner's actions, saying it was investigating the matter. 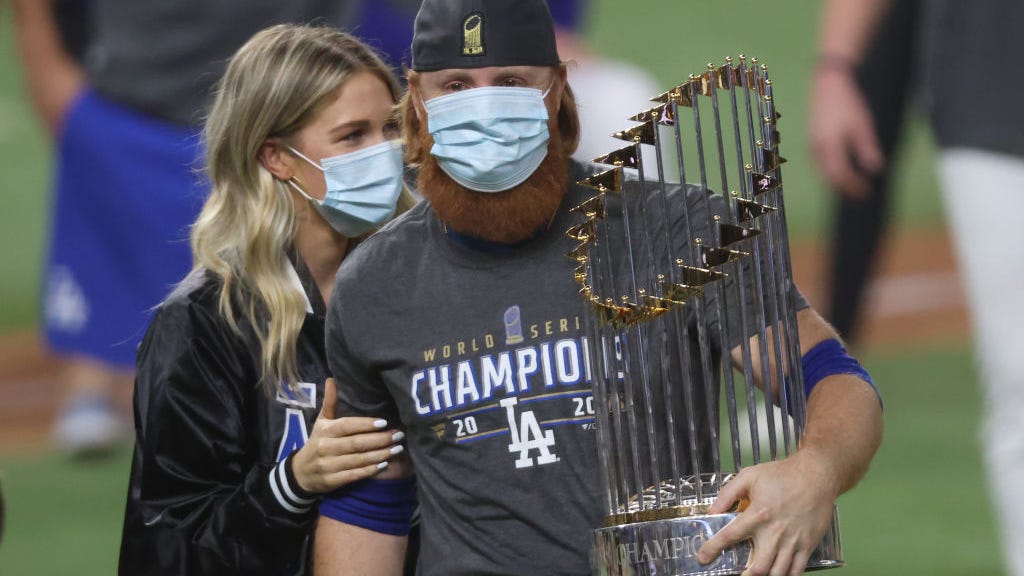 The seemingly harried statement, released "in response to inquiries," said Turner was placed into isolation after testing positive in accordance with protocols -- but that he made the "wrong" decision and put others "at risk" by returning to the field.

"Turner was placed into isolation for the safety of those around him," the statement said. "However, following the Dodgers' victory, it is clear that Turner chose to disregard the agreed-upon joint protocols and the instructions he was given regarding the safety and protection of others.

"While a desire to celebrate is understandable, Turner's decision to leave isolation and enter the field was wrong and put everyone he came in contact with at risk. When MLB Security raised the matter of being on the field with Turner, he emphatically refused to comply."

Turner, 35, was pulled in the seventh inning of the decisive Game 6 against the Tampa Bay Rays. No reason was given initially, but MLB Commissioner Rob Manfred revealed the positive test in a surreal moment after the game.

But Turner was later seen on the field, even removing his mask at times.

The episode prompted the delay of the departure of both the Dodgers and Rays from Globe Life in Arlington, Texas, pending the results of further tests.

Players and personnel who tested negative on Tuesday night and Wednesday morning were permitted to return home, the Dodgers said. Several players later announced their return to Los Angeles on social media.

Turner and his wife remained in Texas, while California officials urged Dodgers fans who were celebrating the title without a mask to get tested.

At least one Dodgers player appeared to take a shot at Manfred on Wednesday, when slugger Max Muncy posted a photo of himself holding the World Series trophy, captioned "what a nice piece of metal."

The crack was a reference to Manfred's botched attempt to quell the furor over the Houston Astros' cheating scandal, when he dismissed the World Series and its trophy as a "piece of metal."