File this one under "ideas that Major League Baseball would be wise to consider."

It's not surprising that as the postseason is going on, mum has been the word on negotiations between the league and players' association on a new collective bargaining agreement. Nonetheless, the current CBA is slated to expire on Dec. 1, meaning if a new agreement isn't in place in the next month or so, baseball could have a work stoppage this offseason.

Even before the pennant race, information on CBA negotiations had been hard to come by. In August, Evan Drellich and Ken Rosenthal of The Athletic reported that one consideration in negotiations had been to institute a $100 million salary floor, which would also include the luxury tax threshold being lowered to $180 million. In early September, Joel Sherman of The New York Post broke the news that the league had proposed a universal free agent age of 29 1/2 years old, one that seemingly would be great for someone like Aaron Judge that came up at a later age, but disastrous for teen phenoms like Bryce Harper and Juan Soto.

It's unclear how likely either of those ideas -- both of which would seemingly be more beneficial to the 30 team ownership groups than players -- are to pass. And since their emergence, it's been crickets on anything regarding the CBA.

In the absence of new rumors on CBA negotiations, allow us to add a new proposal: the introduction of an amnesty clause. To be clear, this is not a report, simply something that would be good for the health of the sport.

The NBA introduced an amnesty clause in December of 2011, which allowed teams to take a bad contract off their books, sort of. Whatever player the team used the amnesty clause on would still be paid the full compensation owed to them in their current contract. However, said player would no longer be part of their current team, and their often gigantic salary wouldn't count towards the salary cap anymore.

There, of course, is no MLB salary cap, and to this point there isn't a suggestion that one is coming. With that said, the Los Angeles Dodgers are the only team currently believed to have a luxury tax payroll of over $210 million, which is when the first penalty kicks in. To their credit, the Dodgers have blown past that number in pursuit of their second consecutive World Series title. Spotrac currently estimates that the Dodgers -- who acquired Max Scherzer and Trea Turner, among others, before the trade deadline -- have a $253.5 million luxury tax payroll.

Yet, virtually the rest of the league views the luxury tax as some sort of salary cap, some a hard one and others soft. Even those who are willing to go over the luxury tax in a given year, often make sure to dip back under it the next year as the rate climbs to 30% on all overages between $210 and $230 million in a second consecutive year and to 50% for three or more consecutive years. There are also draft pick-related penalties for teams that are more than $40 million over the first luxury tax threshold. 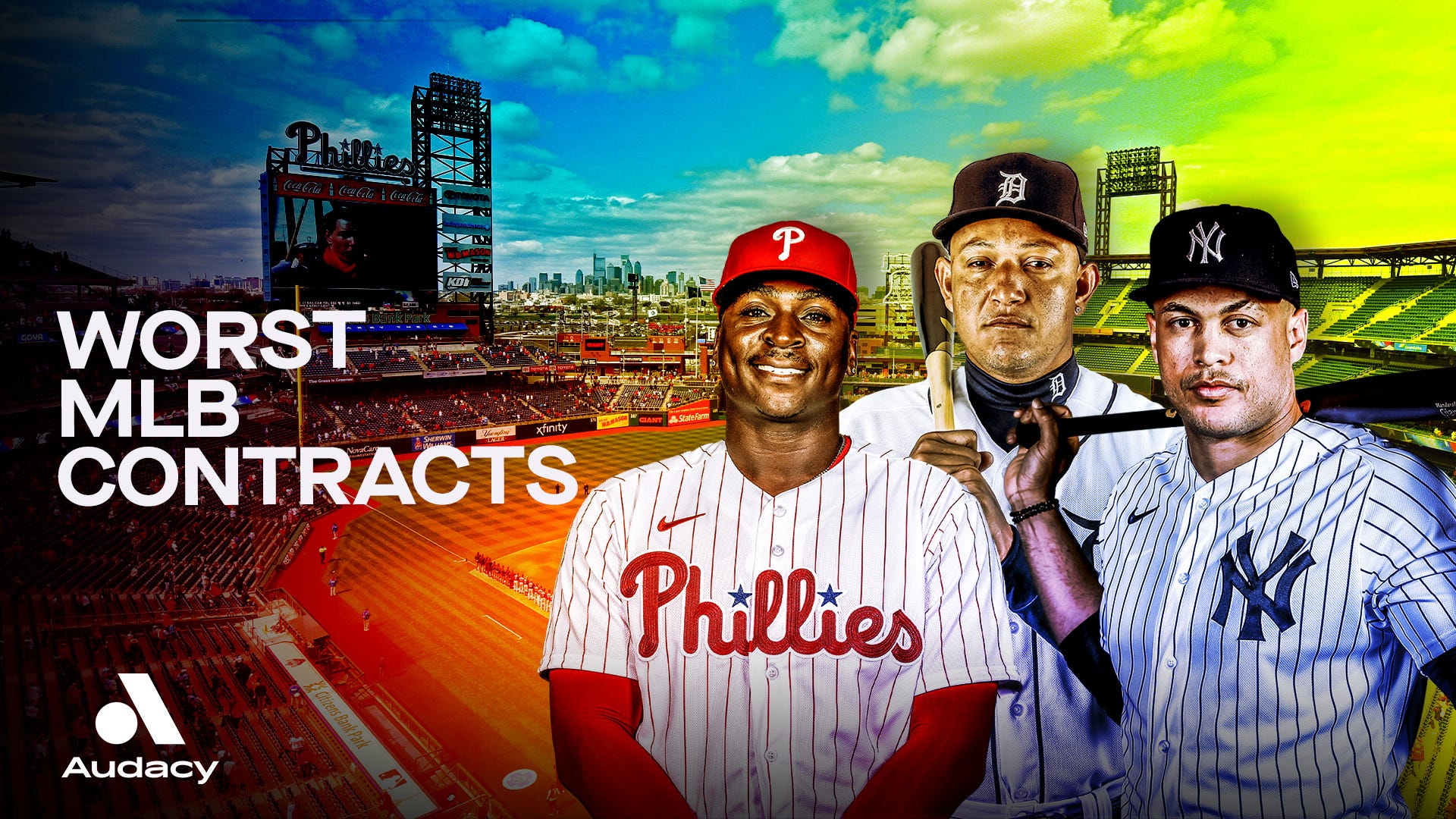 Ranking the 12 worst contracts in MLB after 2021 trade deadline

The system is purposely complicated to the point where it may be easier to earn three college credit hours than try to completely grasp how MLB's luxury tax system works.

However, the impacts of the luxury tax threshold are on display for fans to see, even if they don't always realize it. Trying to "reset" the organization's luxury tax situation -- if you duck under the threshold for a year, the entire process starts over -- was a factor in the Boston Red Sox decision to trade Mookie Betts to the Los Angeles Dodgers in February of 2020, less than two years after he won the American League MVP and led the team to a World Series title. And, as Tom Verducci of Sports Illustrated noted at the time, it's not as though the Red Sox are a small-market team, if such a thing truly even exists in the age of megadeals for local television rights.

There's certainly an idealistic debate to be had here: could all (or, at the very least, most) of the 30 ownership groups afford to pay a 20% tax on $5 million ($1 million) if an opportunity presented itself to acquire a player that would help you compete for a championship? Probably. There's certainly more ownership groups capable of going way over the threshold like the Dodgers have, but most have elected not to because they aren't interested in paying the tax. There doesn't really need to be collusion among ownership groups here: most like having a natural number to stop spending at or around, even if it isn't a hard cap. And there's probably quite a few upset that the Dodgers have proven that you can operate above it and continue to sustain success.

But we say all that to say this: most teams aren't going to consistently go over the luxury tax threshold, and if they do go over it, it will probably only be slightly. If the first threshold is lowered -- as was suggested by the league as part of the agreement to institute a salary floor -- teams will operate with that as the number they'd like to stay below. If that's $180 million (likely eased in over the course of a few years), teams will try to stay below $180 million, even if they aren't currently doing so.

Right or wrong, that makes the continued idea of being stuck with guaranteed contracts that haven't aged well bad for the sport. It offers an excuse for teams not to spend more on trying to contend. The amnesty clause could help to fix that.

For example, Spotrac estimates that the San Diego Padres currently have just $255,953 to operate under the luxury tax threshold with this offseason. And that's before raises for players in their arbitration years are even factored in. Maybe the Padres, in an attempt to catch the Dodgers and San Francisco Giants, will just pay the tax in 2022. This is a team -- even if you assume that they'll have better luck with injuries next year -- that fancies itself a World Series contender but ultimately finished 28 games back in the National League West in 2021. External additions need to be made for them to close that gap, and certainly baseball would like to see Fernando Tatis Jr. back in October next year.

If an amnesty clause was introduced, the Padres could erase the $18 million that first baseman Eric Hosmer -- who posted a 0.0 fWAR in 2021 -- will count towards the tax next year. Hosmer would still be paid the $59 million that's still left on his eight-year/$164 million free-agent deal, but his albatross of a contract would no longer count towards the team's luxury tax number. Ownership, if they felt so inclined, couldn't use luxury tax hesitancy as a reason to prevent general manager A.J. Preller from making the best of the window that the team currently has with Tatis and Manny Machado.

With Noah Syndergaard, Michael Conforto and Marcus Stroman set to become free agents this offseason, the New York Mets would love to be able to use an amnesty clause on 38-year-old Robinson Canó, who missed the entire 2021 season because of a performance-enhancing drug suspension. Canó still has $48 million remaining on the 10-year/$240 million deal that he initially signed with the Seattle Mariners, and Spotrac says that the Mets have less than $20 million under the tax to play with in an offseason where they have three players set to hit the market that could approach that number individually. We don't yet know if owner Steve Cohen will be willing to pay the luxury tax, but eliminating the $20.25 million luxury tax salary Canó has in each of the next two years may ultimately lead to the team spending more to retain players actually helping their team to win currently.

For those teams without a contract that they currently deem amnesty worthy, you wouldn't be forced to use the clause immediately, or at all. However, if the new CBA lasts for five years (the deal set to expire on Dec. 1 covered the 2017 to 2021 seasons), it's hard to think there wouldn't come a point where each team would like to exercise their right to have a mulligan of sorts.

The amnesty clause is a concept that helped to improve the quality of the NBA's product, and would likely do the same if implemented by MLB. It would behoove the league and MLBPA to consider such a proposal. 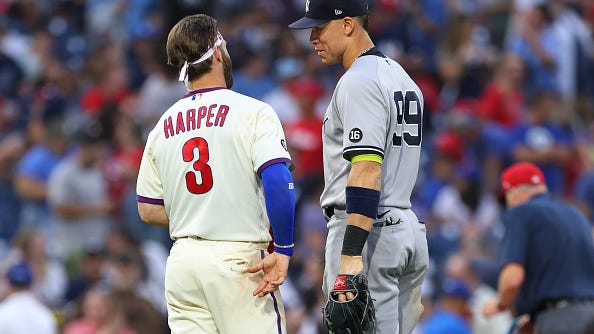