Starting on June 4, 2021, and ending on Monday night, several unlikely players throughout Major League Baseball had hit a triple. Among those players were:
— 37-year-old Joey Votto, who smacked a triple on July 6 against the Kansas City Royals.
— Yankees catcher Gary Sanchez, not exactly the epitome of speed, whose only hit against the Red Sox on July 25 was a three-bagger.
— Giants first baseman Darin Ruf, whose last triple prior to July 29 occurred in 2012.
And the list goes on.

Not featured on that list was quite literally any individual player from the New York Mets, which meant that the Mets had "successfully" set the record for MLB's longest drought without hitting a triple, making it 68 consecutive games on Sunday, August 15. They broke the Orioles' previous record of 67 straight games, which came in the 2016 season, and they made MLB history whether or not they knew it (via Stathead):

A day after reaching the No. 1 spot on that inglorious list of team triple droughts, a fairly unlikely candidate was the player to break the spell: slugger Pete Alonso. It's not that he's a bad extra-base hitter — quite the opposite, really — but you don't exactly think of his blazing speed on the base paths when you consider him as a player.

It was only the second triple that Giants All-Star starter Kevin Gausman had allowed on the season, the first of which came against the St. Louis Cardinals in early July, right before the Mets' triple drought had started.

Social media loved the crazy statistical feat and the ironic hero that decided to put it to an end. Several fans also pointed out another obscure fact about the streak — the former Met who had last hit a triple for them on June 3, current Dodger Billy McKinney, slapped a triple against the Mets on the night that they set the triples drought record.

Of course the Mets hit a triple one day after setting the MLB record for most consecutive games without one (68).

The Mets have set a Major League Baseball record by going 68 consecutive games without hitting a triple.

Their last triple came on June 3rd by Billy McKinney. McKinney tripled for the Dodgers against the Mets tonight in the record breaking game.

While we're on the subject of Billy McKinney, it might also be worth noting that he has tripled for three different teams this year. I'm not sure if that's a feat only he can claim, but I sure wouldn't be surprised if he stands alone in doing so.

But I digress. Alonso is the real hero here, even if the Mets ultimately came up short in the effort against San Francisco, and perhaps it's a sign of things to come for a team that could desperately use more consistent offensive production going forward. 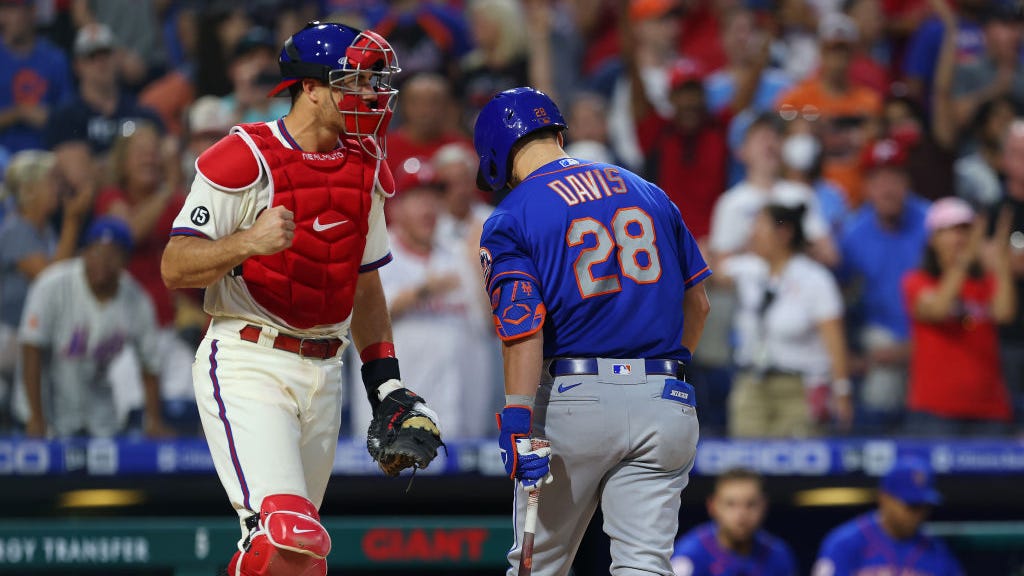