Pete Alonso knew it would take a lot to repeat as Home Run Derby champion, especially with current MLB home run leader Shohei Ohtani on his side of the bracket, but The Polar Bear said he was ‘on a mission’ to win back-to-back Derbies.

In the first round, Alonso hit a round-high 35 home runs – a first-round record and third-most in any round ever – to defeat Salvador Perez (whose 28 were the third-most in the round) in Round 1, with nine of his 35 surpassing the 475-foot threshold needed to earn an extra 30 seconds of bonus time. Two of Alonso’s homers went more than 500 feet, one going 512 and another 514, and he ranged between 99 MPH and 115 MPH on his exit velocity (with only the second of his 35 failing to come off the bat at triple-digit speed).

That prompted the Mets to post this thin-air graphic:

And, the internet nearly came crashing down: 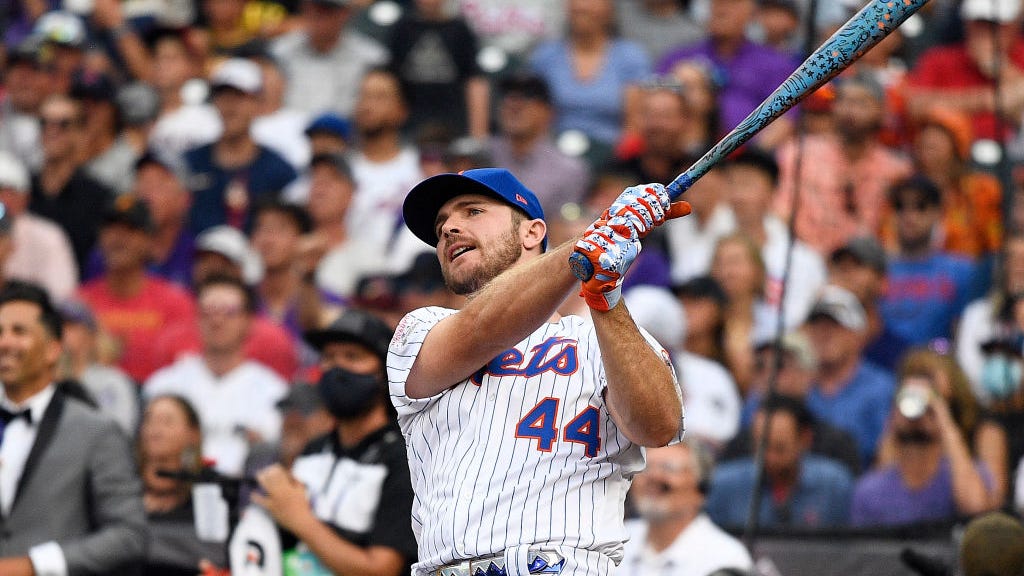 Come the semifinals, though, it wasn’t Ohtani in his way, but a division rival in Washington’s Juan Soto, who, after tying Ohtani 22-22 in regulation and 6-6 in a one-minute tiebreaker, defeated Ohtani in a three-swing swing-off, going 3-for-3 while the MLB HR leader hit a ground ball on his only swing.

Soto may have been gassed, hitting just 15 over his four minutes…but Alonso clearly wasn’t, cracking 14 in the first 1:57 of the semis before calling time out to milk it a little. Once returned, Alonso needed just two pitches to advance, crushing a pair of homers for an official total of 16, and added one more post-advance for good measure.

Then, it was on to face Trey Mancini, who hit 24 in the first round and 13 in the second – that’s 37 total, two more than Alonso hit in Round 1 alone – in the finals, which cut the main time down to two minutes. 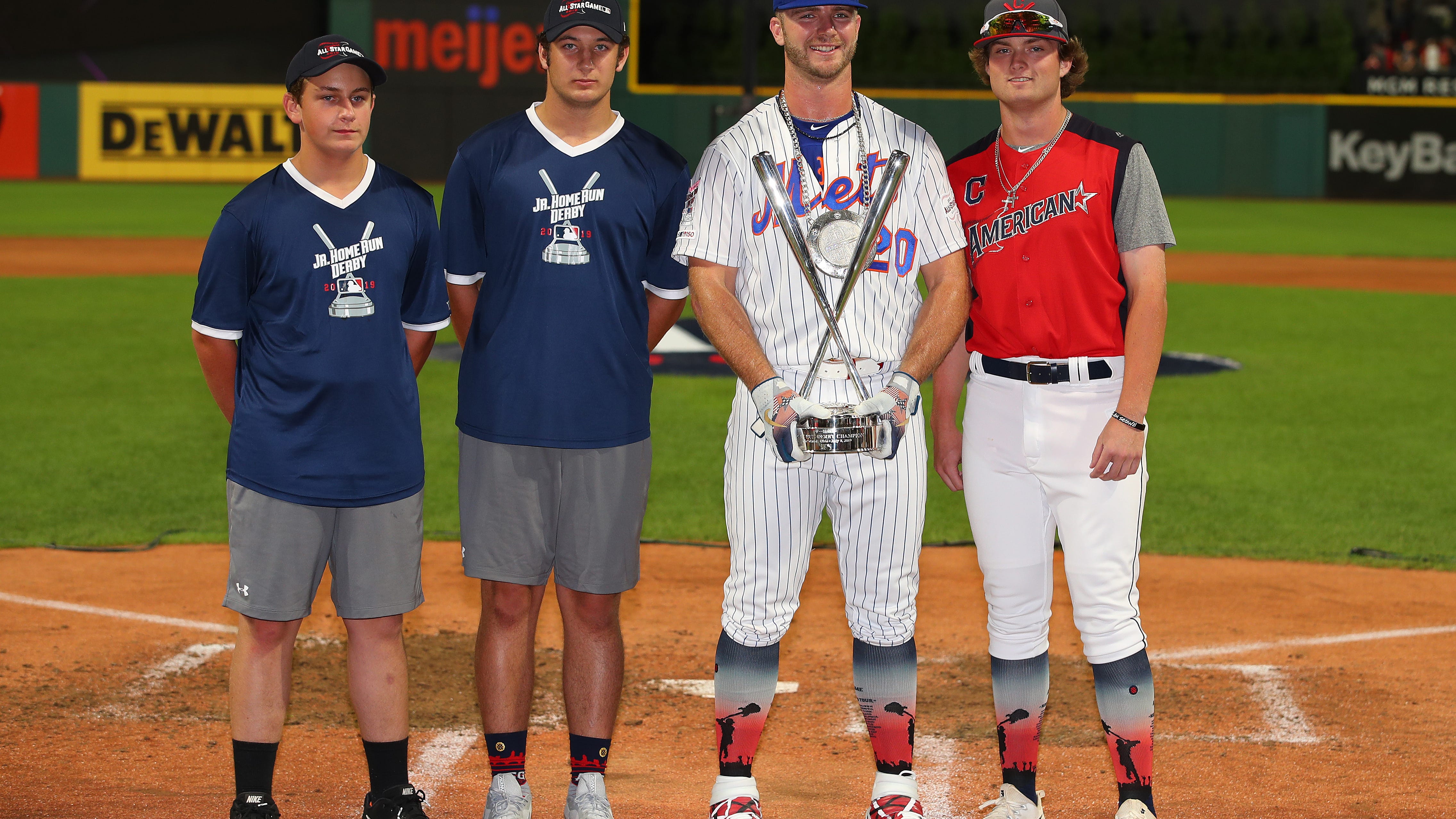 Pete Alonso praises Shohei Ohtani, but is 'on a mission' to repeat as Home Run Derby king

Mancini went on a surge after calling time out about 45 seconds into the round, and finished with 17 in regulation and five more in his one minute of extra time to give Alonso the total to beat: 22, one shy of the final-round record 23 Alonso belted in winning the 2019 Derby.

Alonso crushed his first pitch for a 509-footer that cemented him the 30-second distance bonus, reeled off seven in a row at one point, and called time out with 12 in the bank and 36 seconds left.

When asked by ESPN during the break how he felt, Mancini joked: “Not too good right now! He’s got a really good game plan, and makes it look so easy.”

Alonso had to wait as one of the folks shagging balls on the field was helped off due to an injury, but Polar Bear just Polar Beared, bouncing to “Hypnotize” by Notorious B.I.G. before blasting five of his last eight swings out for 17 as the two-minute regulation ended.

That left him needing five to tie and a record-tying six to win…and what do you think happened? He needed less than 30 seconds to do it, launching all six of Dave Jauss’ pitches into the seats to make 23 and take the trophy from Ken Griffey Jr., who won the 1998 Derby at Coors Field.

That left him needing five to tie and a record-tying six to win…and what do you think happened? He needed less than 30 seconds to do it, launching all six of Dave Jauss’ pitches into the seats to make 23 and take the trophy from Ken Griffey Jr., who won the 1998 Derby at Coors Field.

“I’ve done this before, and I’m extremely confident in my ability. I feel like I’m the best power hitter in the game and that was on display tonight,” Alonso told ESPN’s Buster Olney after the Derby, adding that “this is awesome” and winning it “never gets old.”