DALLAS (105.3 The Fan) - The Rangers had some fun at the expense of slugger Joey Gallo ahead of their second game vs the Yankees on Tuesday night.

Gallo was issued a rare walk by Yankees ace Gerrit Cole in Monday night's 5-2 win. But that's when things got a little concerning and then comical.

As the ball got away from Yankees catcher Kyle Higashioka, prompting Gallo to consider bolting for second base as he rounded first. Instead, Gallo tripped over the bag, and then had to scramble back to first in order to not be tagged out by Luke Voit. Gallo was looked at by the team's training staff but remained in the game.

Prior to Tuesday's game, the Rangers (ahem, Willie Calhoun) decided to take it upon themselves to have some fun at Gallo's expense. 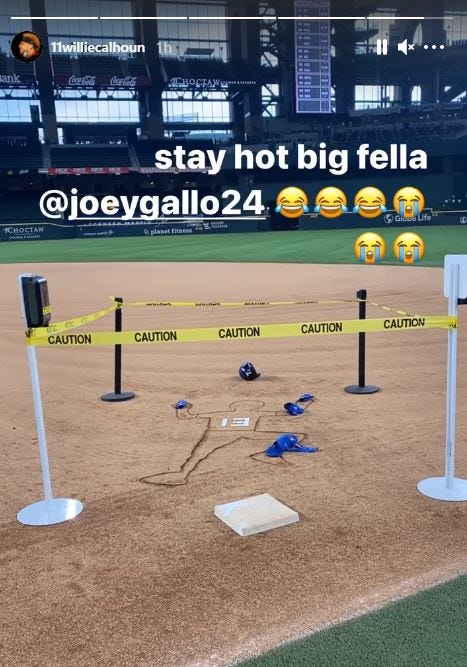 According to Jeff Wilson of the Fort Worth Star-Telegram, the crime scene was a big hit with players as they came out of the dugout for batting practice to take photos of the scene.

As for Gallo, he appeared to take it in stride. 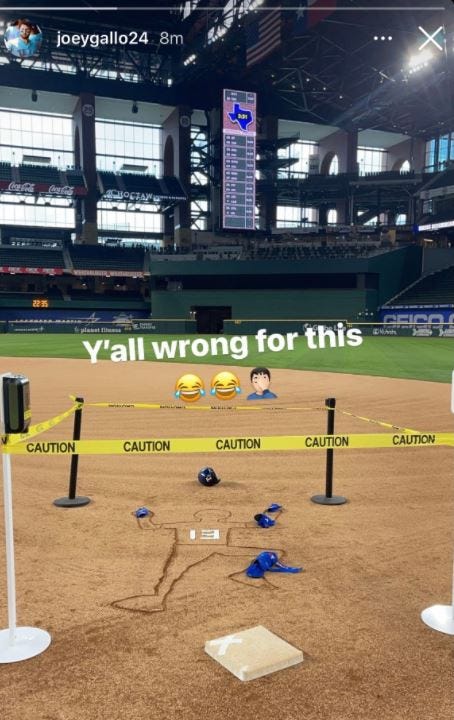 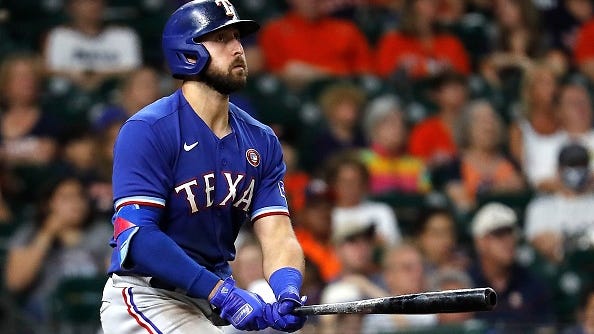 music
Run That Back: For Us, About Us, By Us
news
Juneteenth becomes a national holiday
news
Woman found after getting lost in the woods and being charged by bears
music
Disney+ will no longer release original series on Fridays
music
Here’s what concerts go on sale this week
music
How to attend the first-ever David Bowie World Fan convention