Tampa Bay Rays minor leaguer Tyler Zombro continues his miraculous recovery after undergoing emergency surgery to repair a fractured skull and remove bone fragments from his brain, after he was drilled by a line-drive comebacker in early June.

Zombro, his family, and his doctors opened up about the terrifying incident and the right-hander's inspirational recovery in a series of interviews with veteran baseball scribe Jeff Passan.

"It was the single most traumatic thing I've seen on a baseball field," Durham Bulls pitching coach Rick Knapp told Passan. "What was going through my mind at the time, was, 'Is this boy going to live?'" 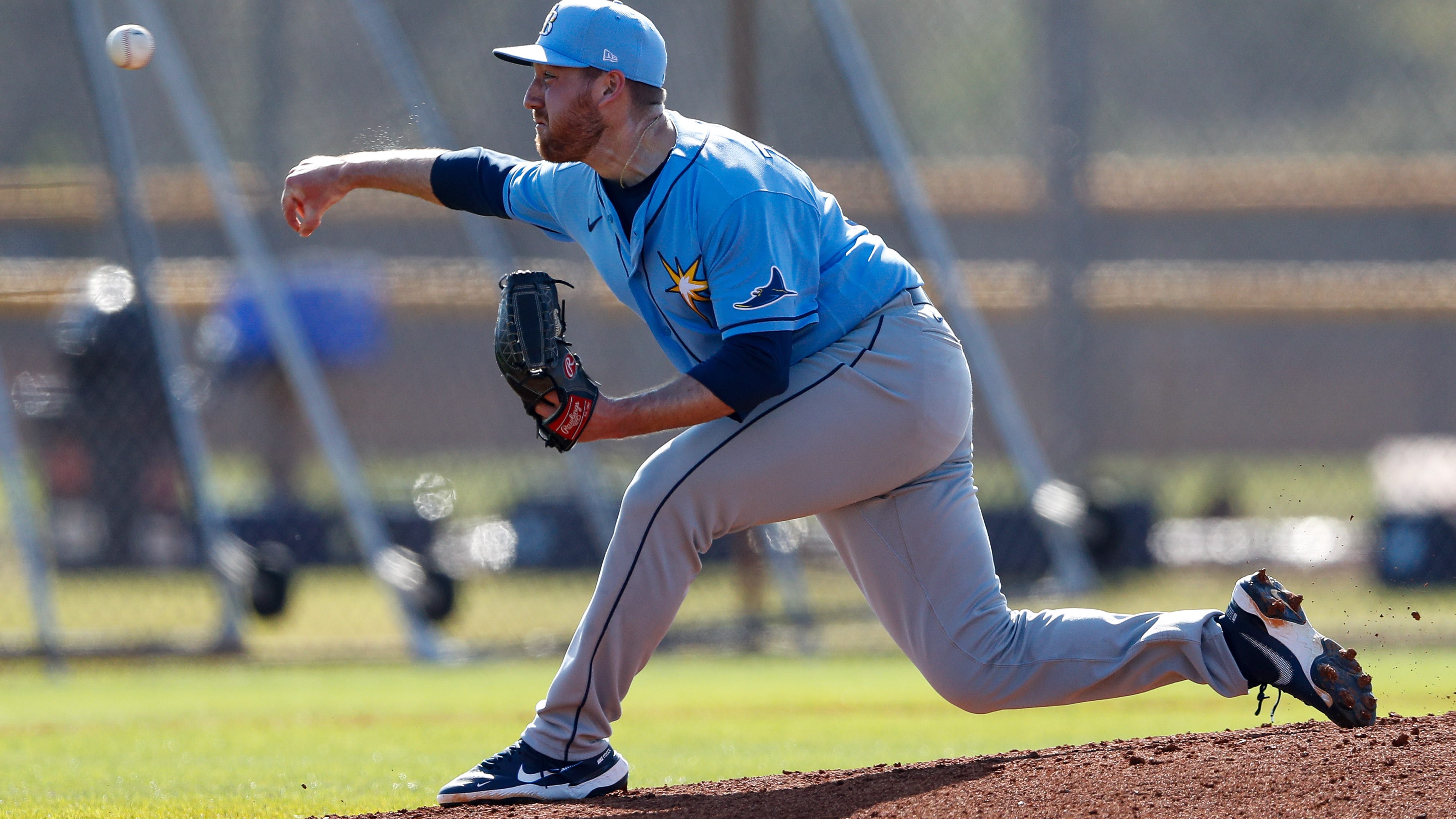 Thankfully, Zombro is not only alive and well, but has made amazing progress in his recovery.

"His brain has made a remarkable recovery, and I think that's almost fully healed," one of Zombro's doctors said. "Unfortunately the skull fracture can take months to a year to fully heal to the point where it could withstand another impact or more pressure."

The former undrafted free agent has rejoined the Bulls, and though he hasn't taken to throwing yet, he is working on his conditioning, including jogging.

"Are you going to play again?" Passan asked Zombro, who turns 27 next month.

"Yes," Zombro said. "As long as I am cleared by Dr. Cook, and the fracture settles appropriately. I've kind of viewed it this way since I signed as a free agent -- I'm kind of playing with house money here, and I'm going to take it as far as I can."

Less than two months ago, a line drive traveling at 104 mph hit Tyler Zombro in the head, caused him to have a seizure on the mound and left witnesses wondering if he'd live. This is the story of his remarkable comeback -- and how he is so much more than a single horrific moment. pic.twitter.com/AvUoIz6x5Q

The baseball world was shaken to its core on June 3, when Zombro absorbed a line drive to the right side of his head, and immediately collapsed face-down on the mound.

Jarring video footage showed him convulsing on the mound as he was tended to by team trainers, while his teammates, clearly unnerved, gathered in small groups to console each other and pray. He was rushed to Duke University Hospital, where he underwent the surgery and later began his recovery.

The disturbing incident prompted the suspension of the remainder of the game, and the next day's game was also postponed.

Not even three months after the incident, Zombro is already thinking comeback. The 5-foot-10, 215-pound hurler said he doesn't remember the fateful play, and doesn't intend on watching video of it, nor does he want his loved ones to do so.

"I don't want the last perception of me and my playing career to be that moment," Zombro said. "I want to get back for the sake of showing people that it's OK that I am back."